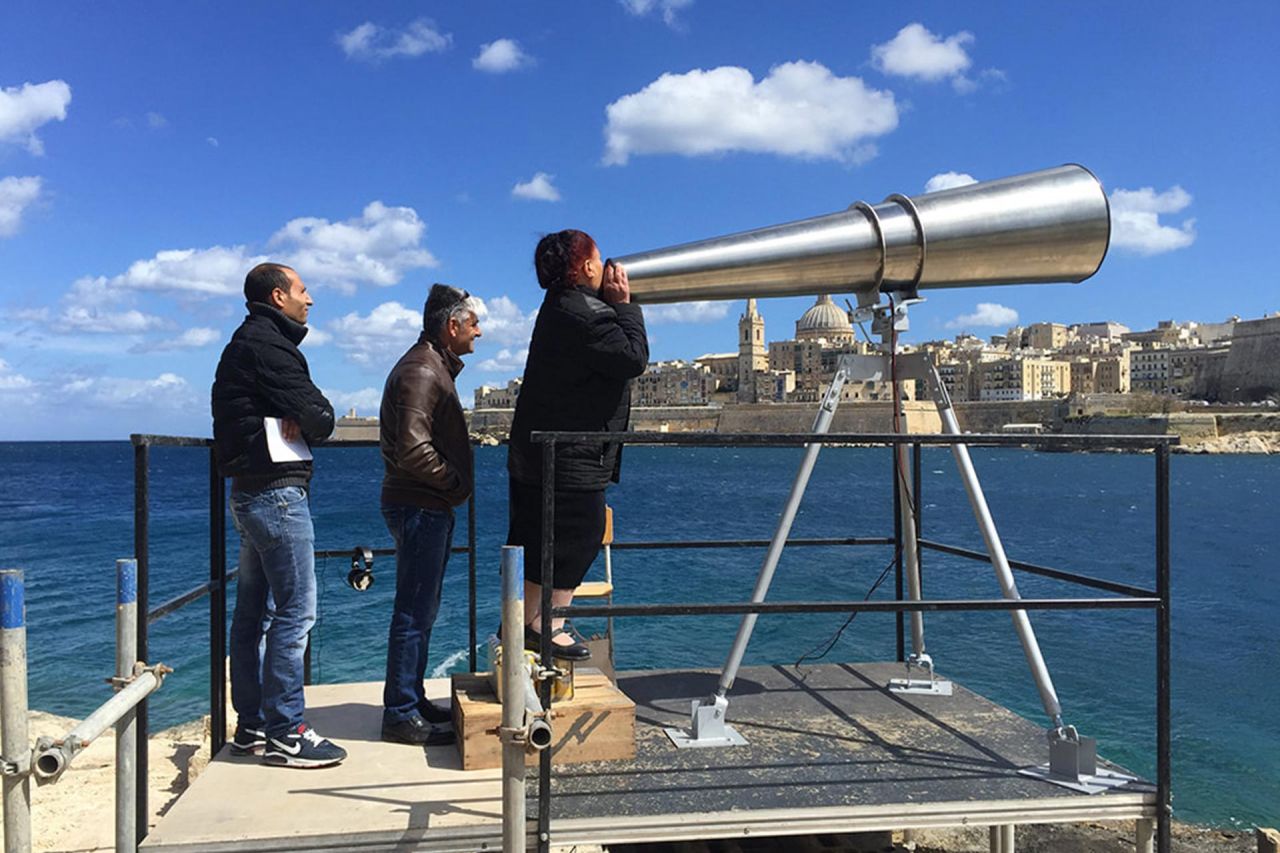 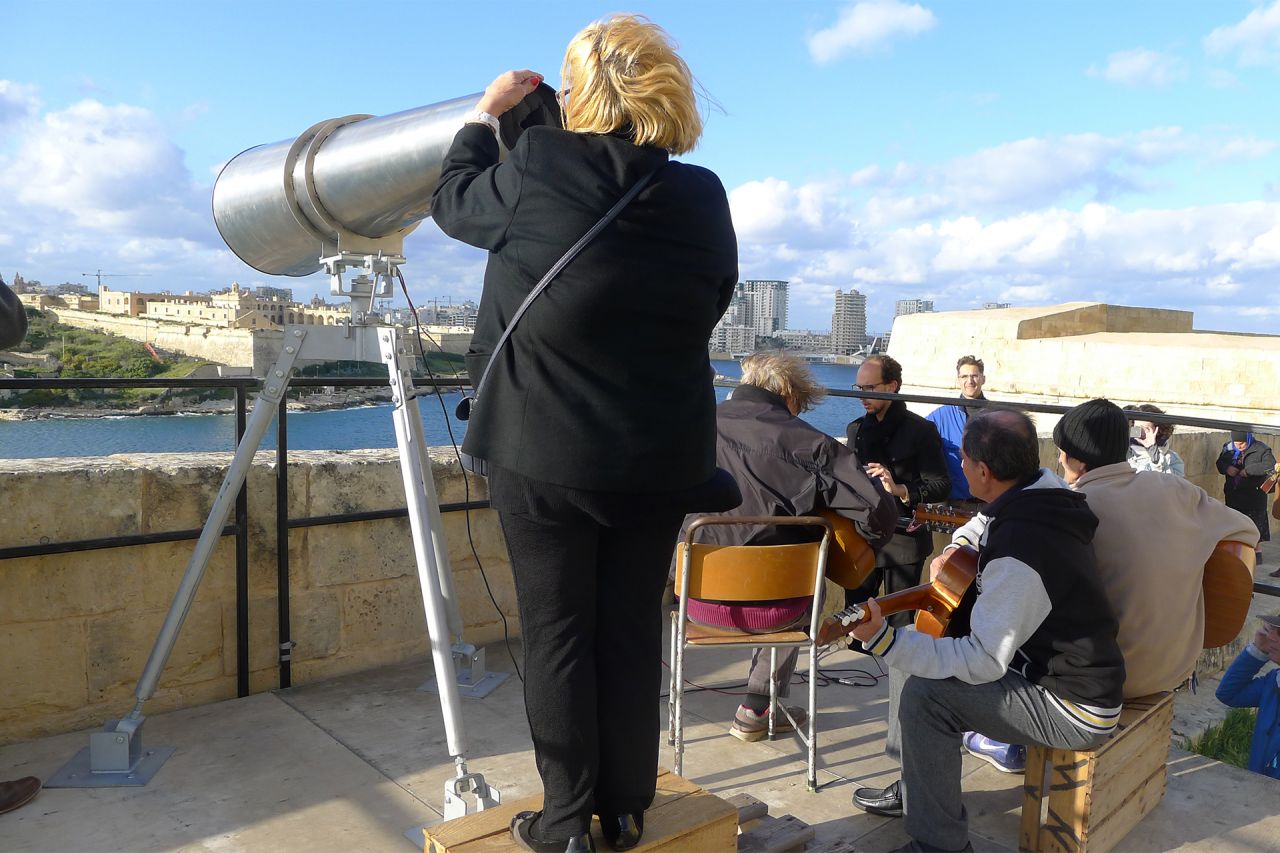 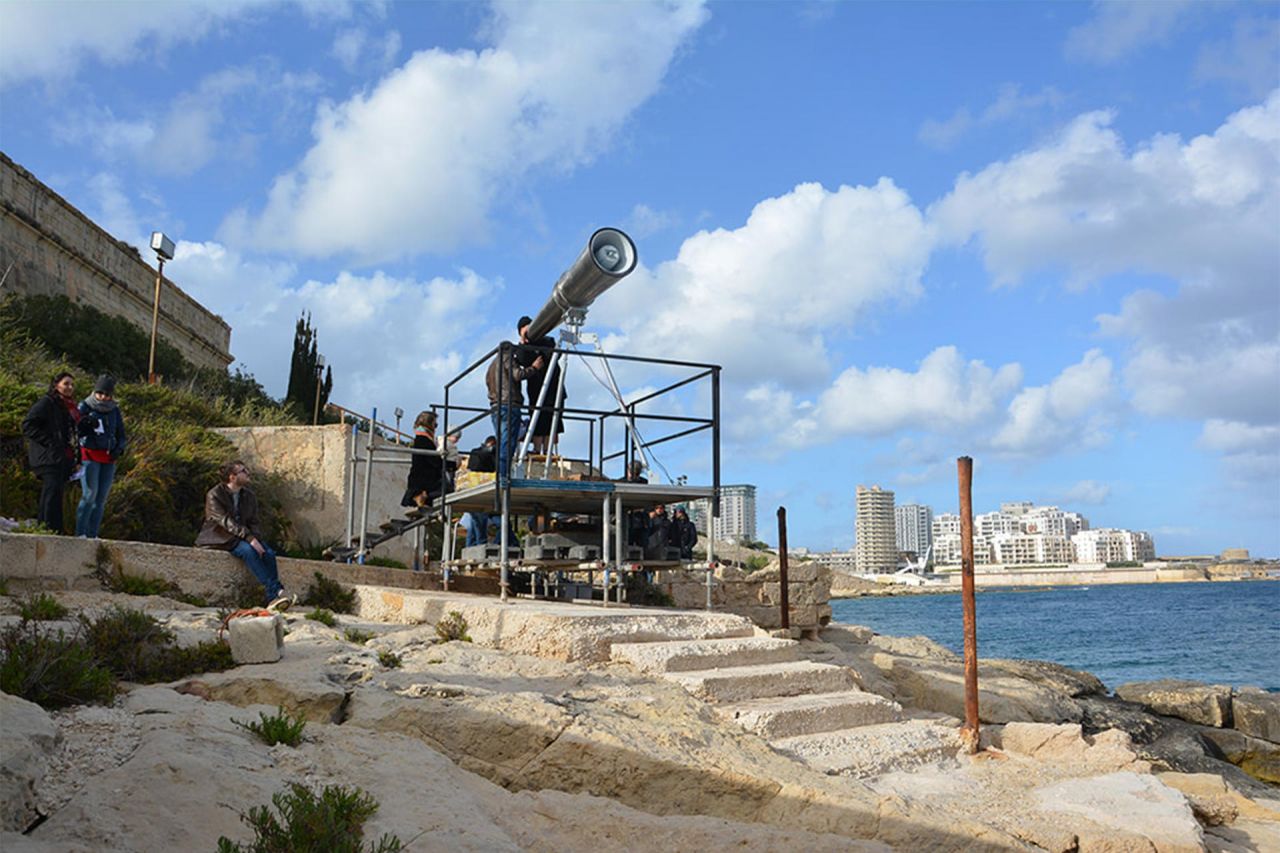 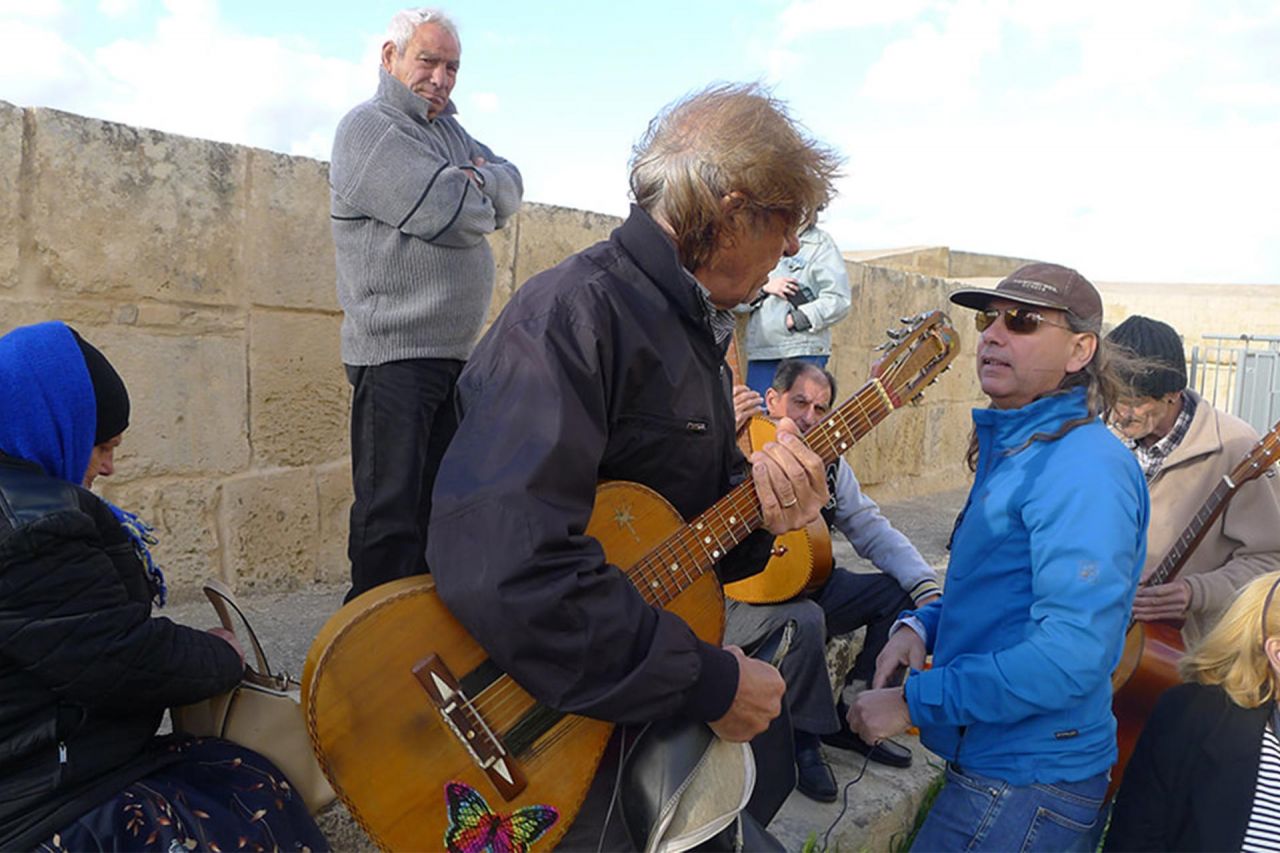 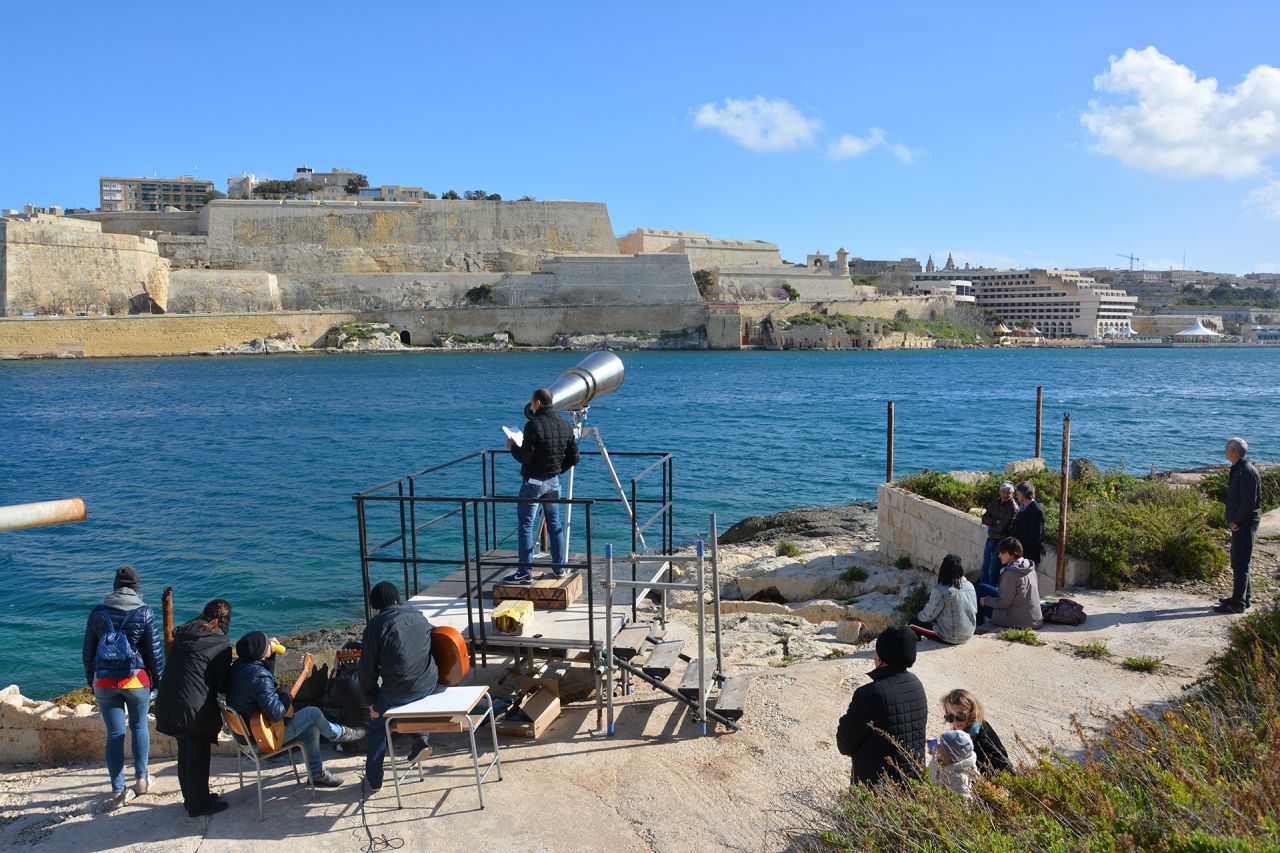 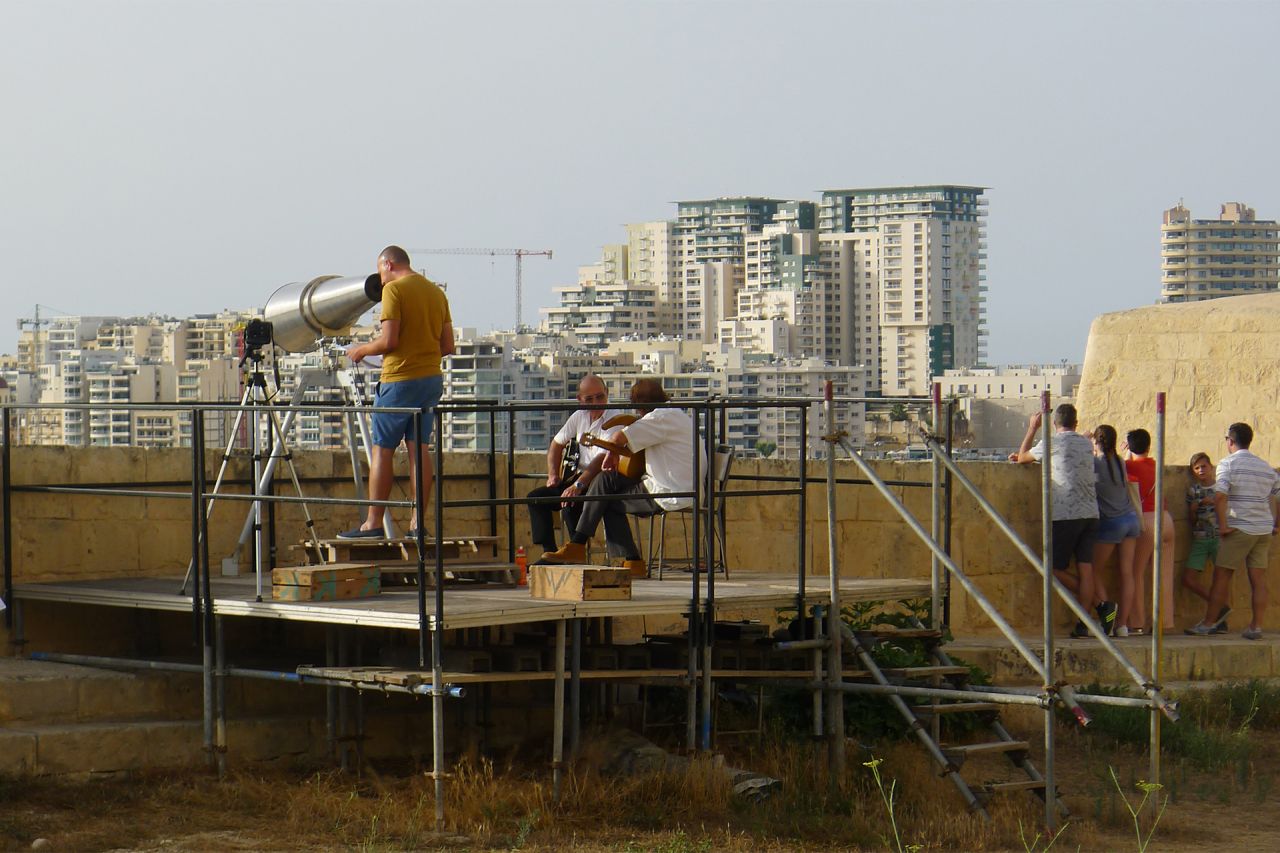 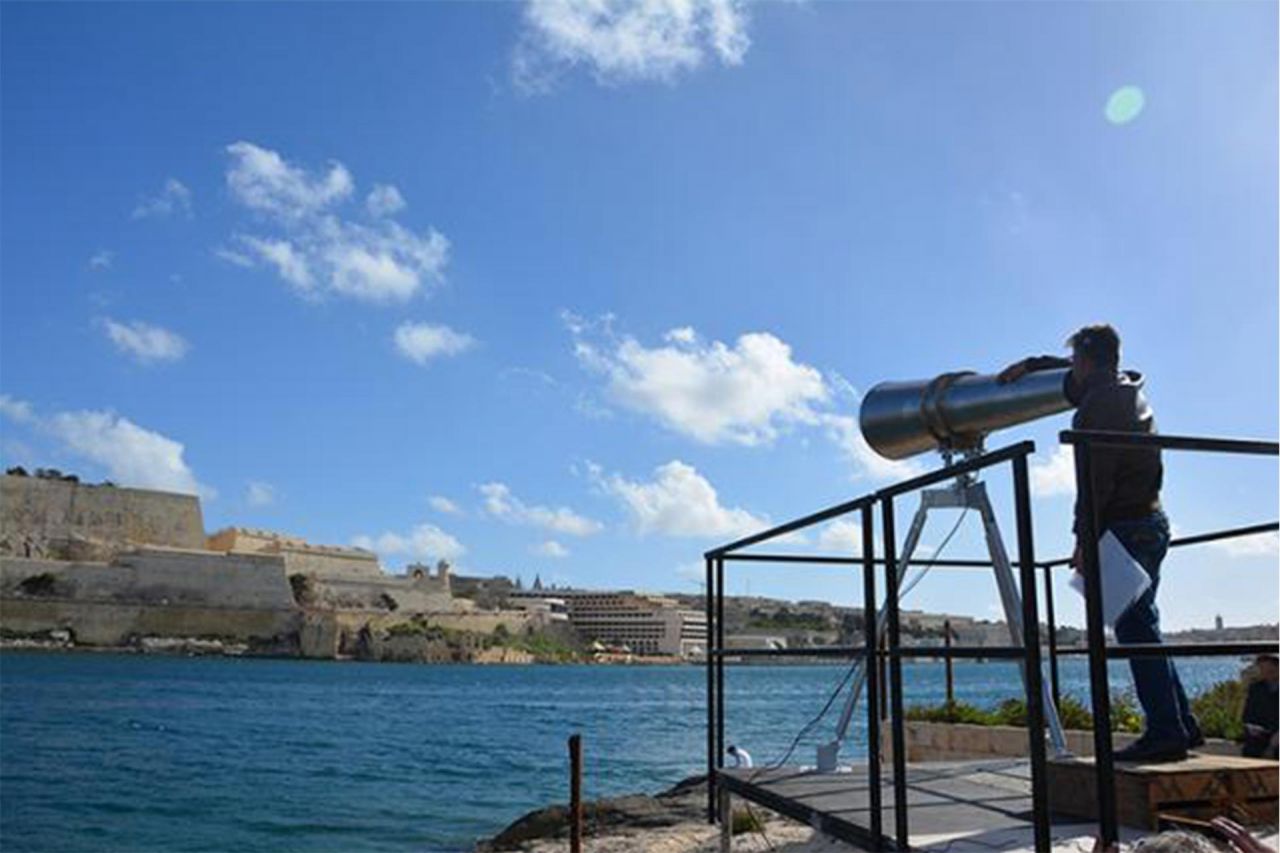 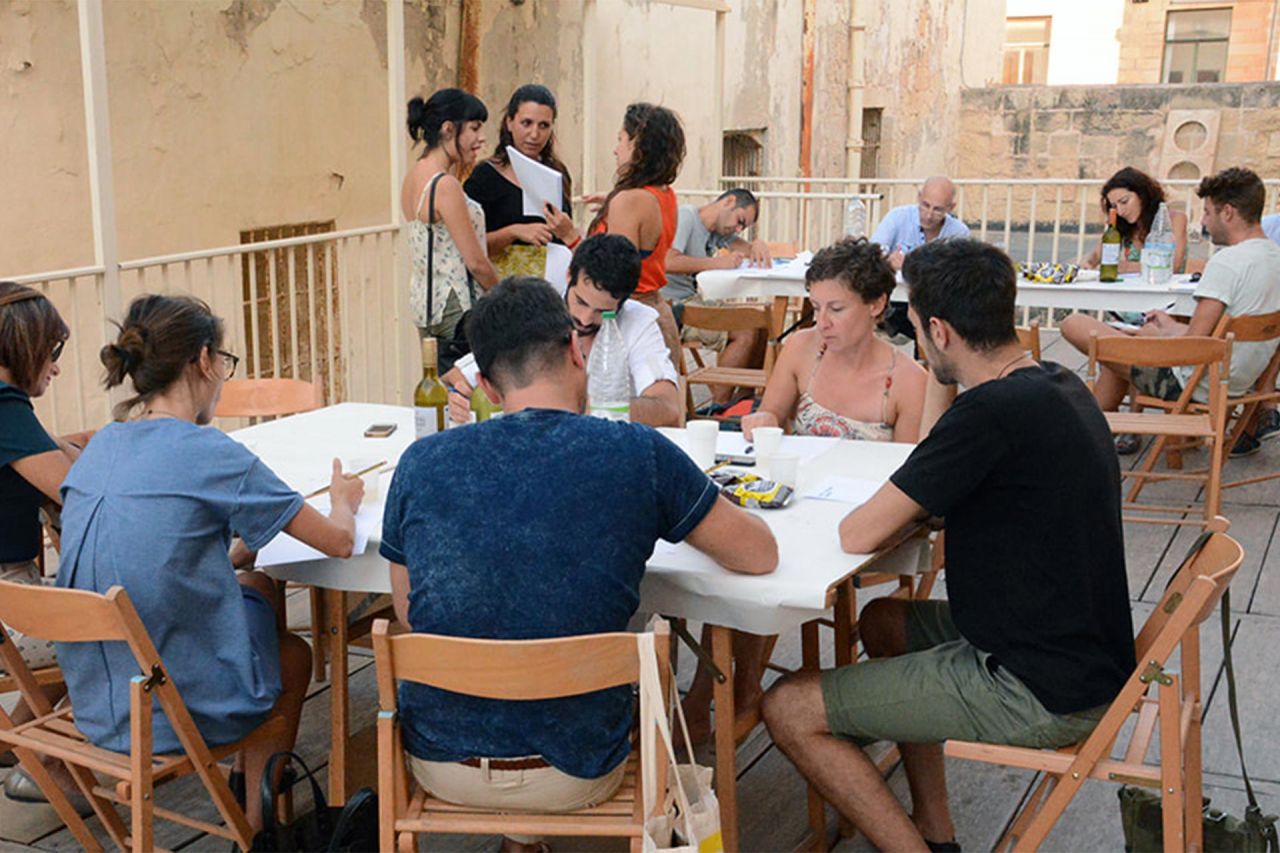 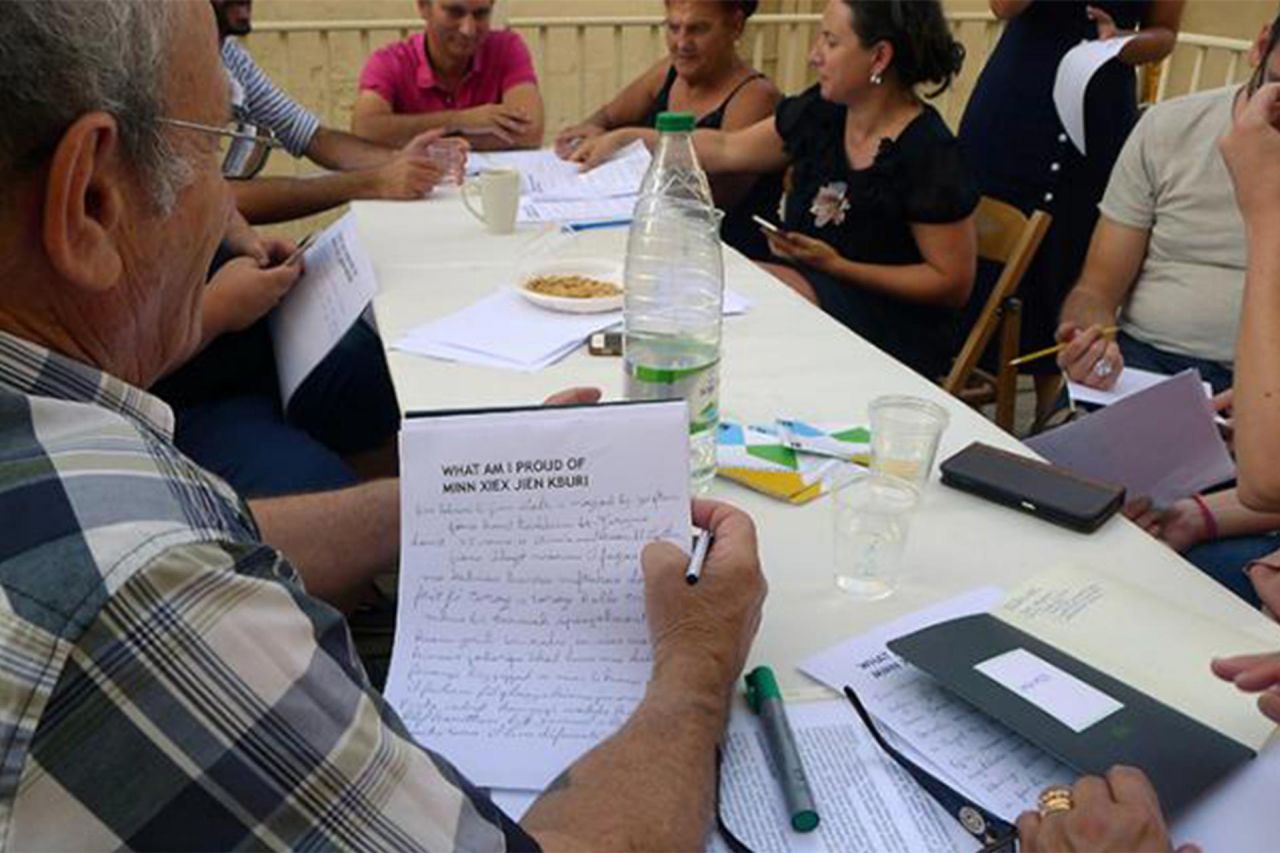 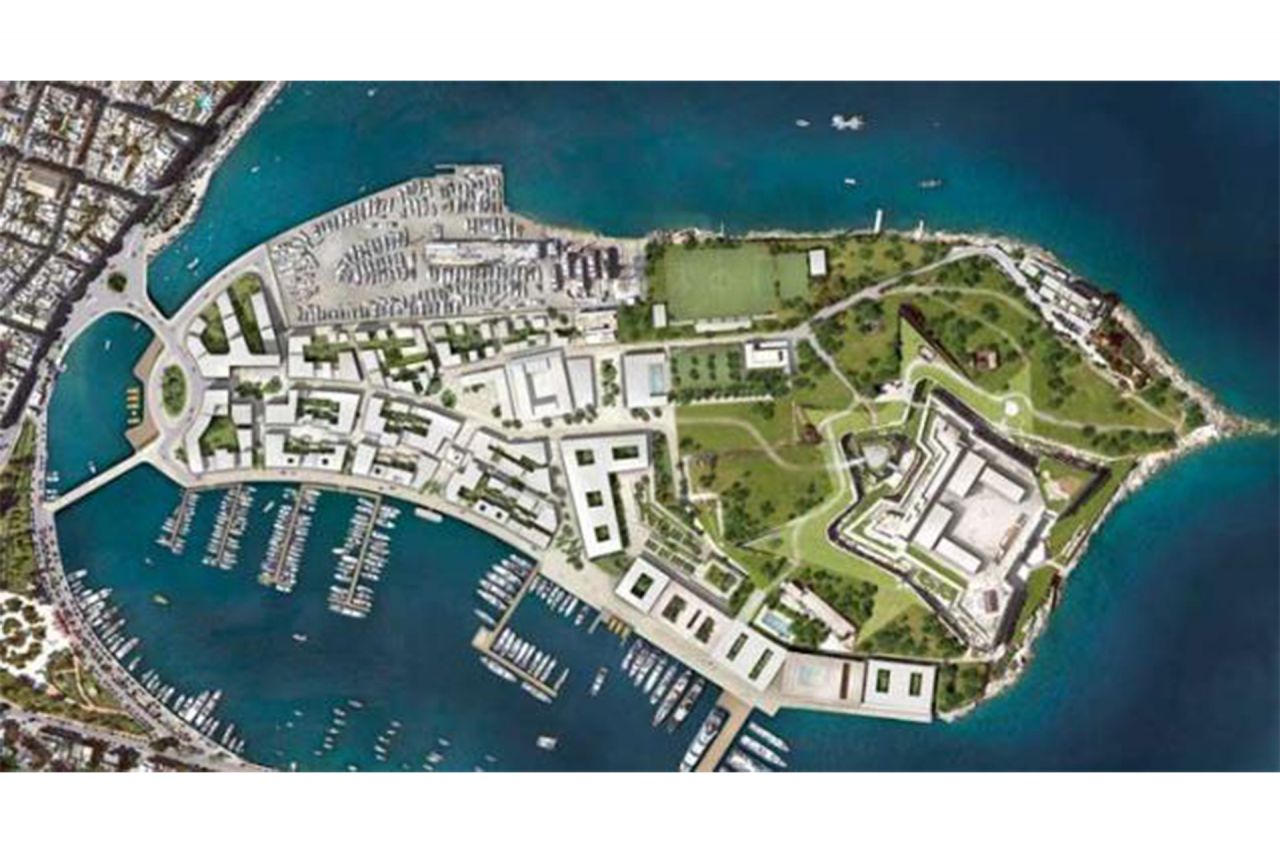 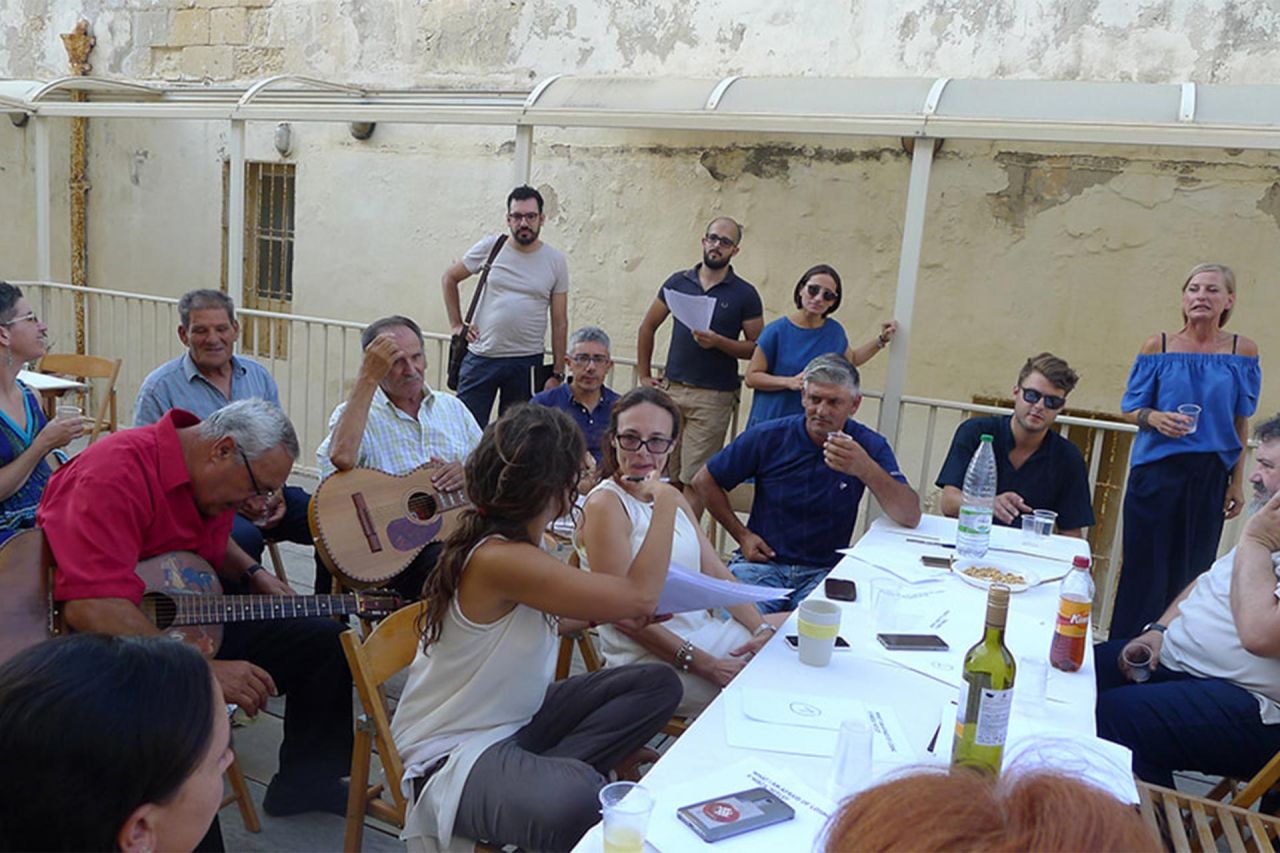 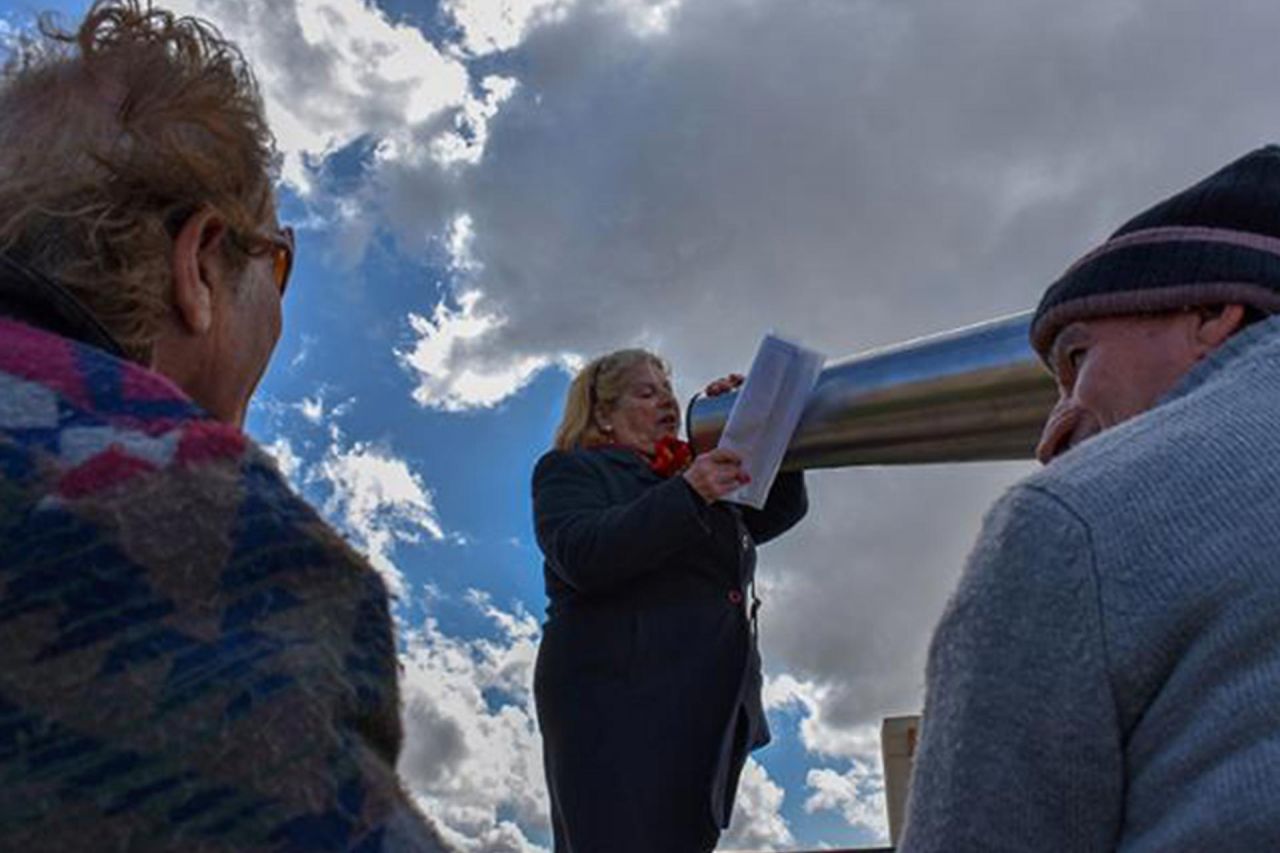 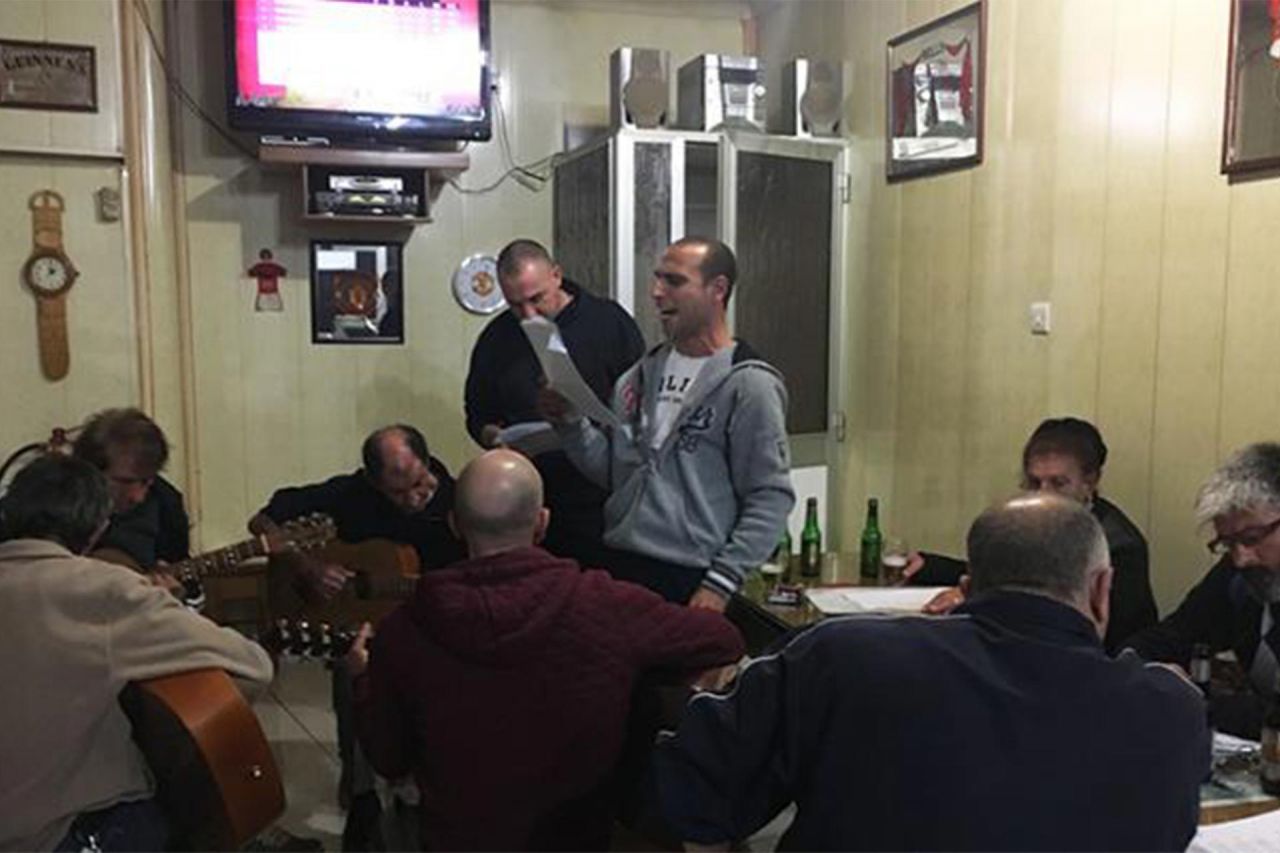 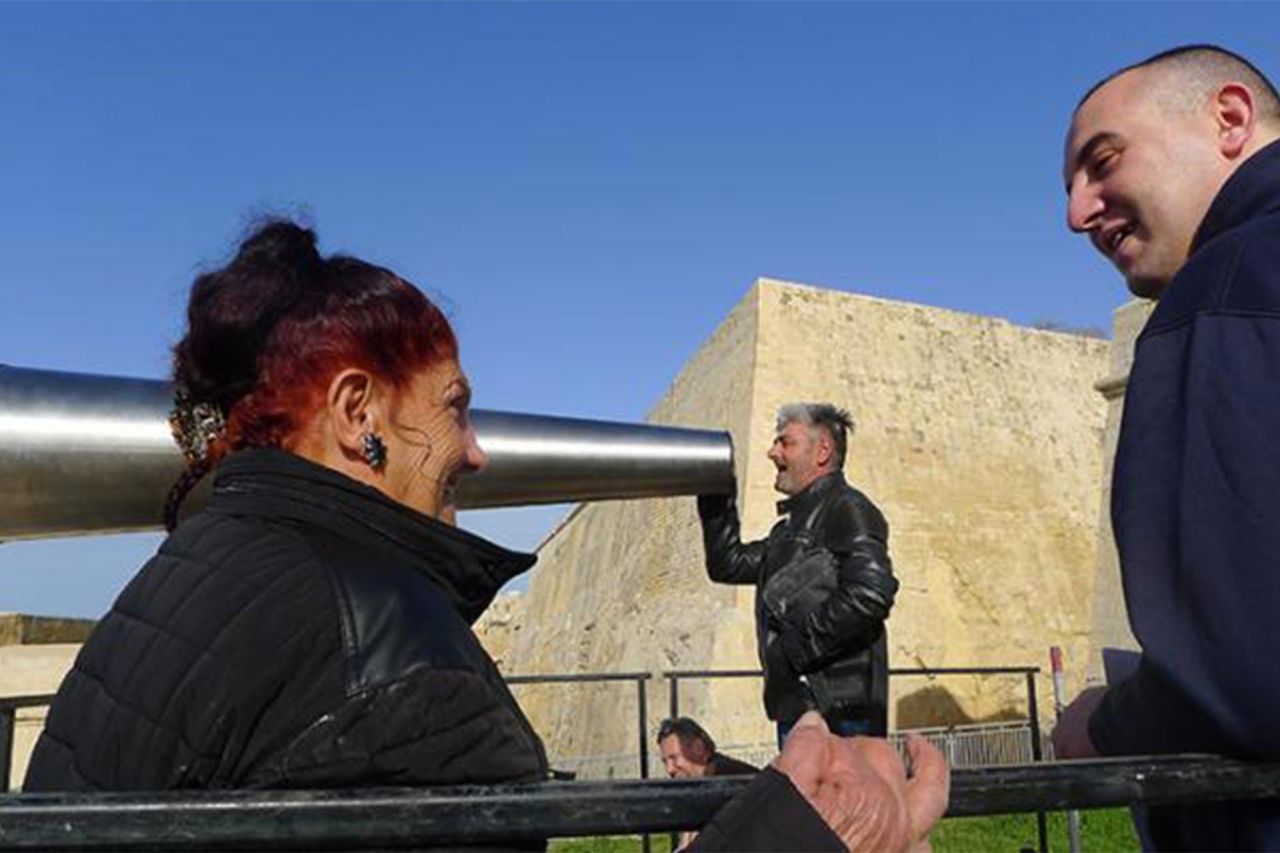 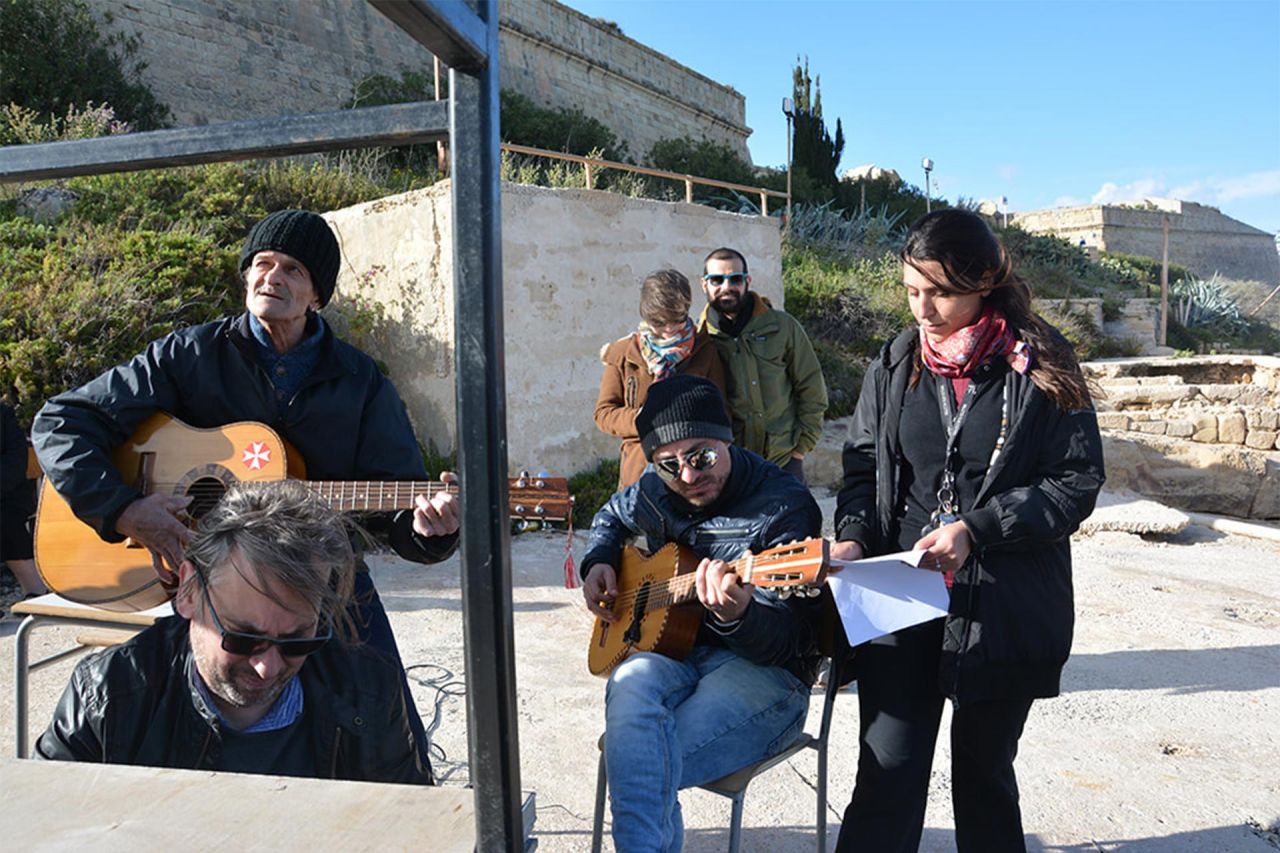 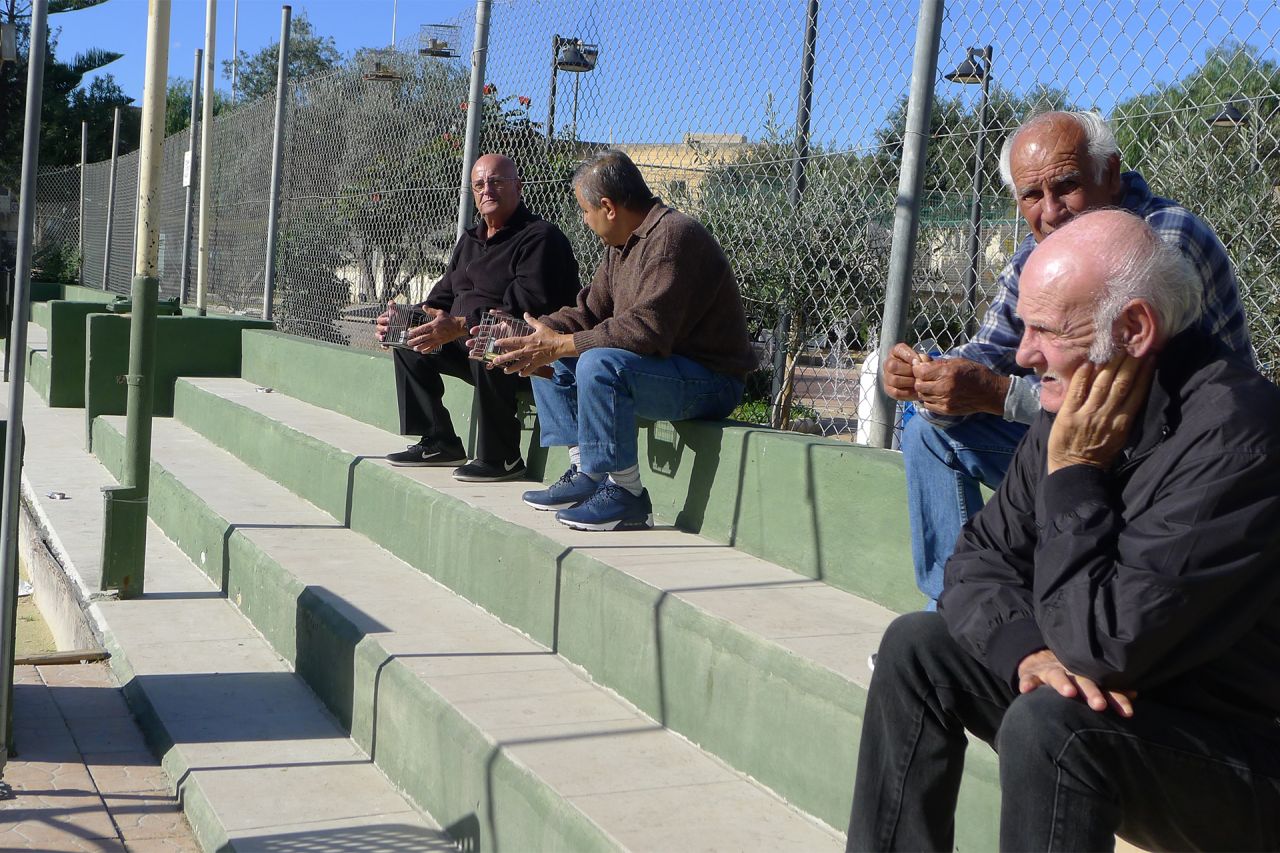 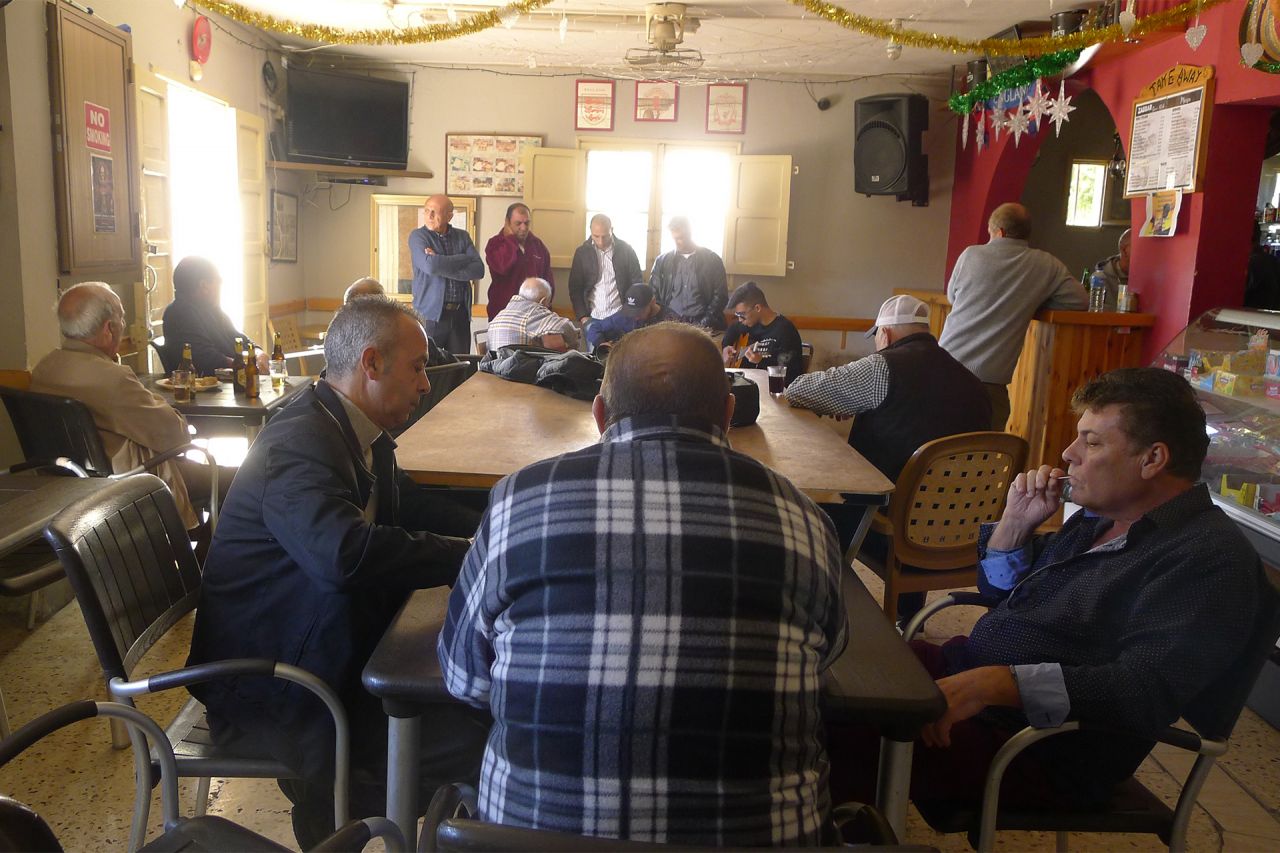 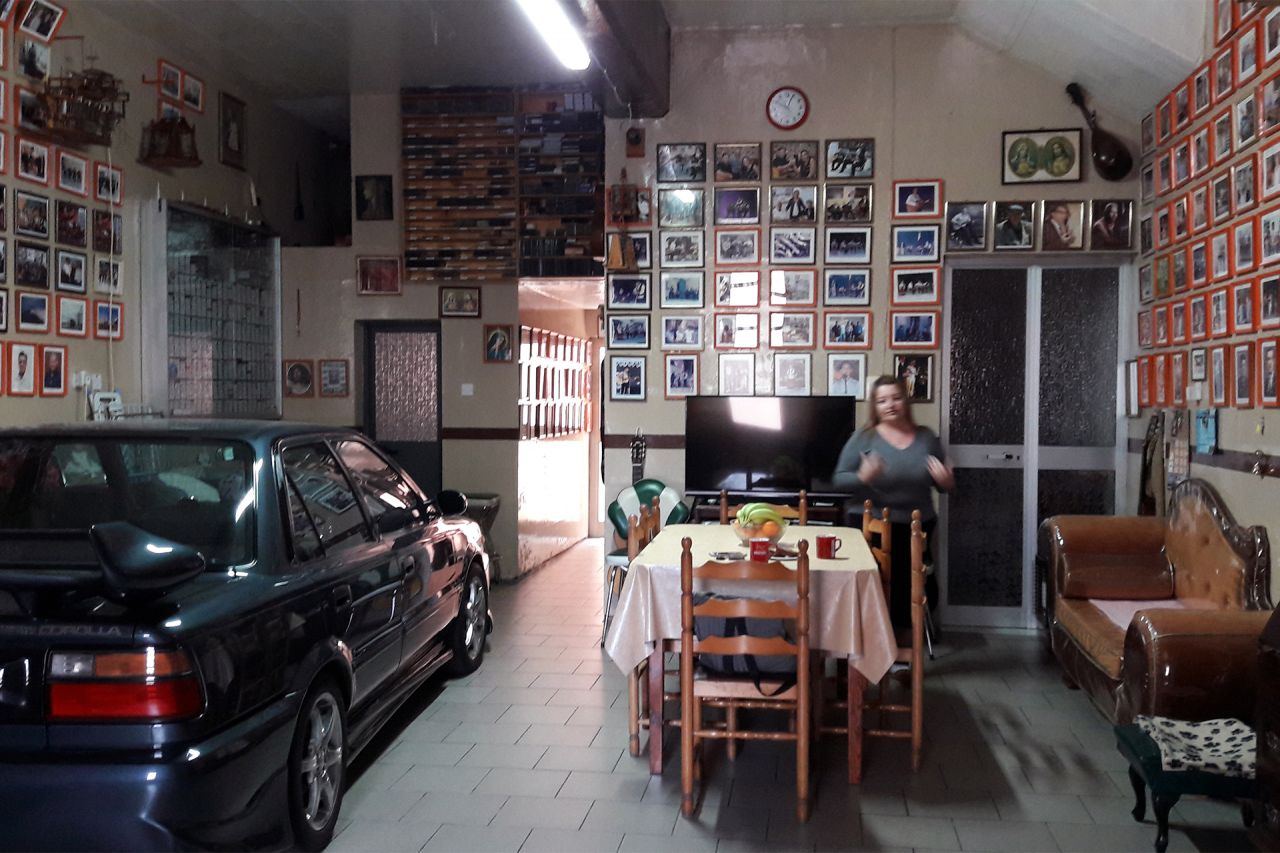 Curated by: Maren Richter (as part of "The Island is What the Sea Surrounds"/ "Dal-Baħar Madwarha"

The dream of utopias seems to be over - despite the increasingly expressed desire for "change". This general call for "change", which wants to counteract the growing inequality in our global system, appeals to a multitude of conflicting interests that hardly seem feasible. However, we do not want to postpone utopias to a distant time or planet, but to tackle them here and now. With "Times of Dilemma" we create a situation that stimulates the direct engagement of the population to publicly position their visions and act in their respective context.

“Times of Dilemma” makes use of the tradition of Għana (a spontaneously improvised dialogical Maltese) singing for creating contemporary Għana dialogues addressing current conflicts in Maltese society. In July 2017 transparadiso organized two workshop sessions for which they launched an open call for participation, and invited authors, Għana-singers (Għanneijja), activists and experts from diverse backgrounds to discuss the contradictory interests between economical prosperity and regaining communal values, rediscovering qualities, (hidden) potentials and poetics for living together. Thus transparadiso returned the voice to the Maltese for taking action.

The contributions were based on the following questions: What I miss, what I am afraid of losing, what I find problematic, what I treasure, what I am proud of, what I want to change. They served as basis for texts by Maltese authors Jean Paul Borg, Jo Burden, Immanuel Mifsud, which were then transformed into contemporary Għana dialogues by the young Għanneij-Rapper Rachelle Deguara.

Performance – an Għana-dialogue between Valletta and Manoel Island
For the performances by the Għanneijja transparadiso conceived two large megaphone-sculptures, offering a dialogical sound transfer of 320 meters between St.Roche’s Chapel and the privatized Manoel Island, which will be transformed into an exclusive new urban development for the rich. The locations relate to the times of lepra, when a priest held his prayers from St.Roche’s Chapel to the quarantine hospital on Manoel Island – now addressing a plague of today, namely the uncontrolled urban development in Malta.

These contemporary Għana dialogues reposition the (today under recognized) tradition of folk singing in “high culture”, and explore Għana as artistic method for addressing conflicts in an open process, which highlights the potential of poetics as subtle means for activism. This is a big challenge for the authors as well as for the Għanneijja, since Ghana today still performed is usually “spirtu pront”, which means spontaneous improvisation. To perform a scripted text challenges the Għanneijja to commit to a new format - and it equally required the confidence of the renowned Maltese authors to offer their texts for being transformed into a Għana dialog.

In this way “Times of Dilemma” does not only address burning questions of the Maltese society, but also transgresses the borders of “high culture” and “folk culture” in a unique format.

“The Island is What the Sea Surrounds”: opening on March 24, 2018 Exam Centre, Valletta
An additional megaphone is available for use at the exhibition at the Exam Centre.

Next project:
Harbour for Cultures