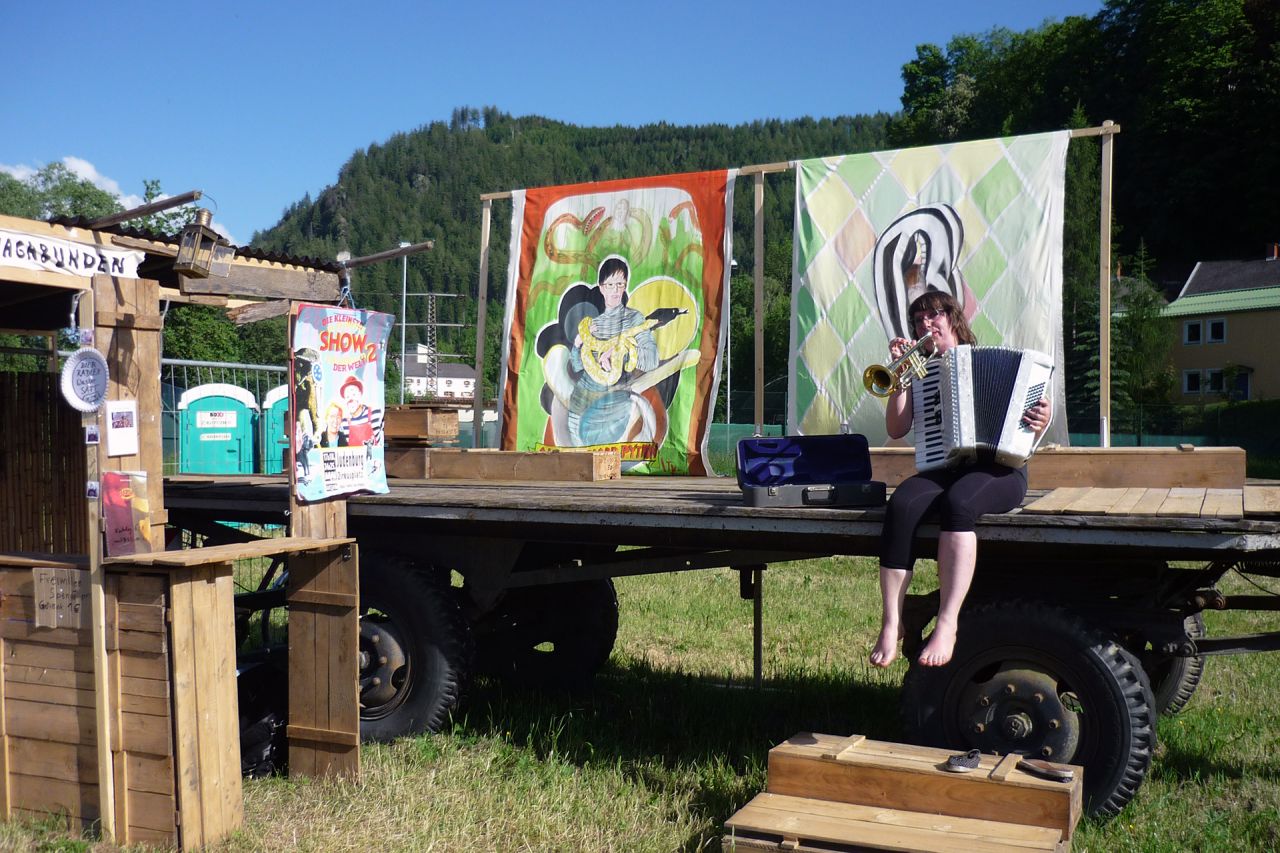 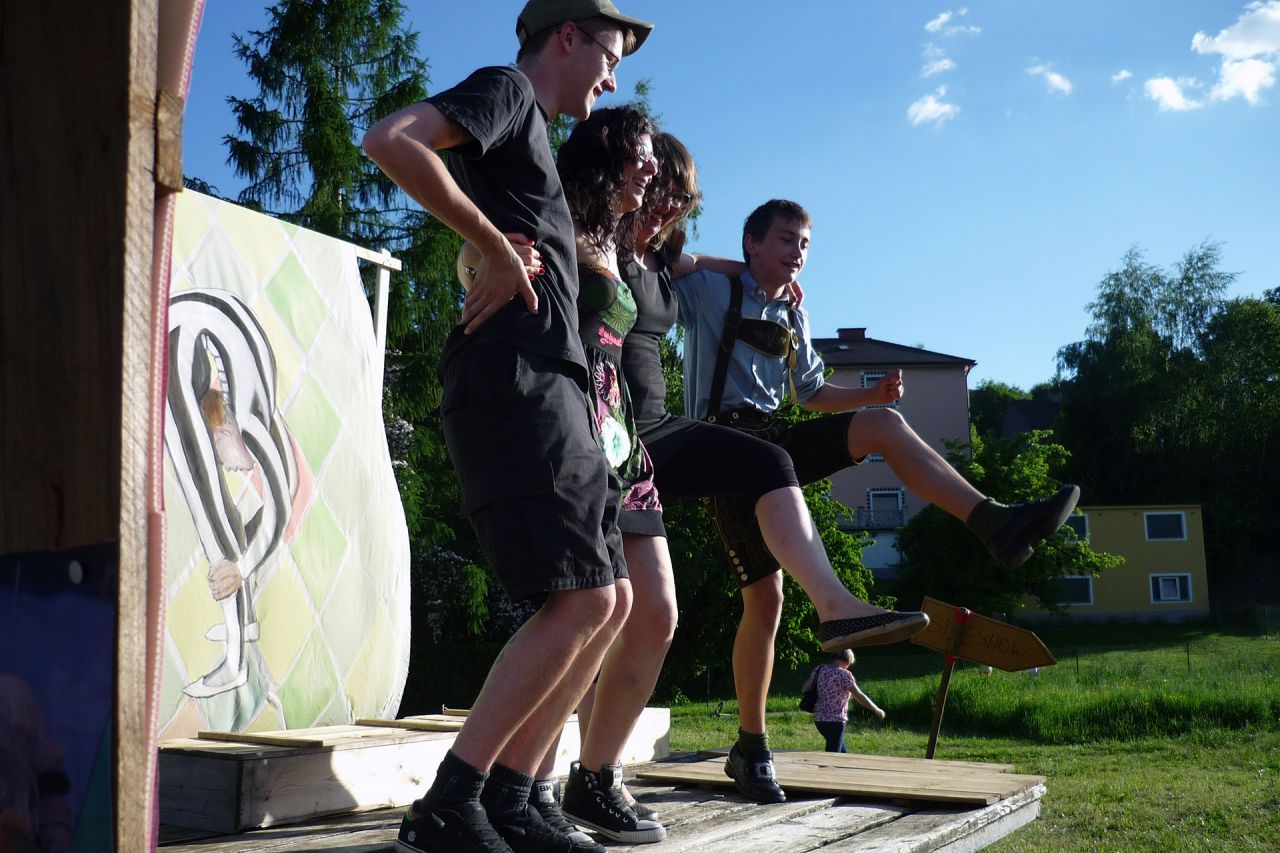 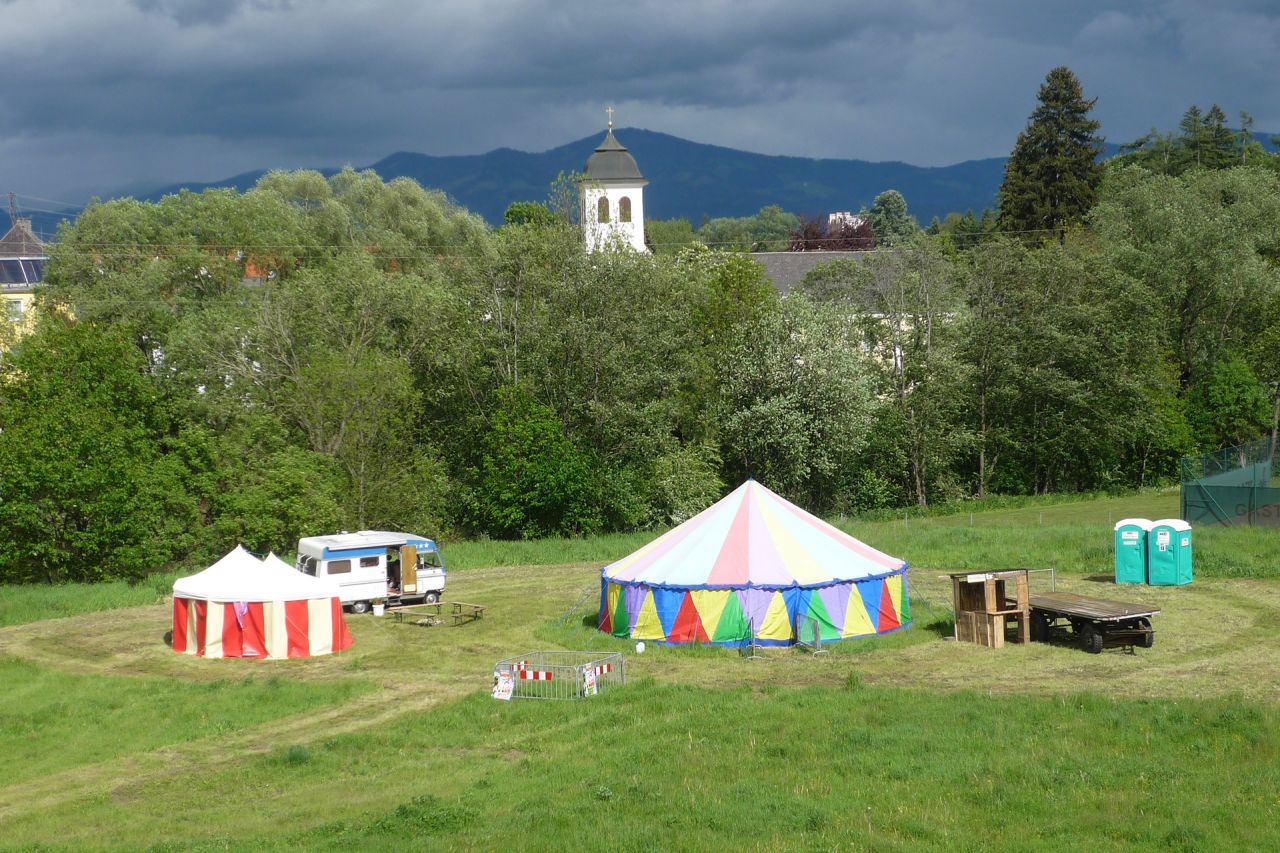 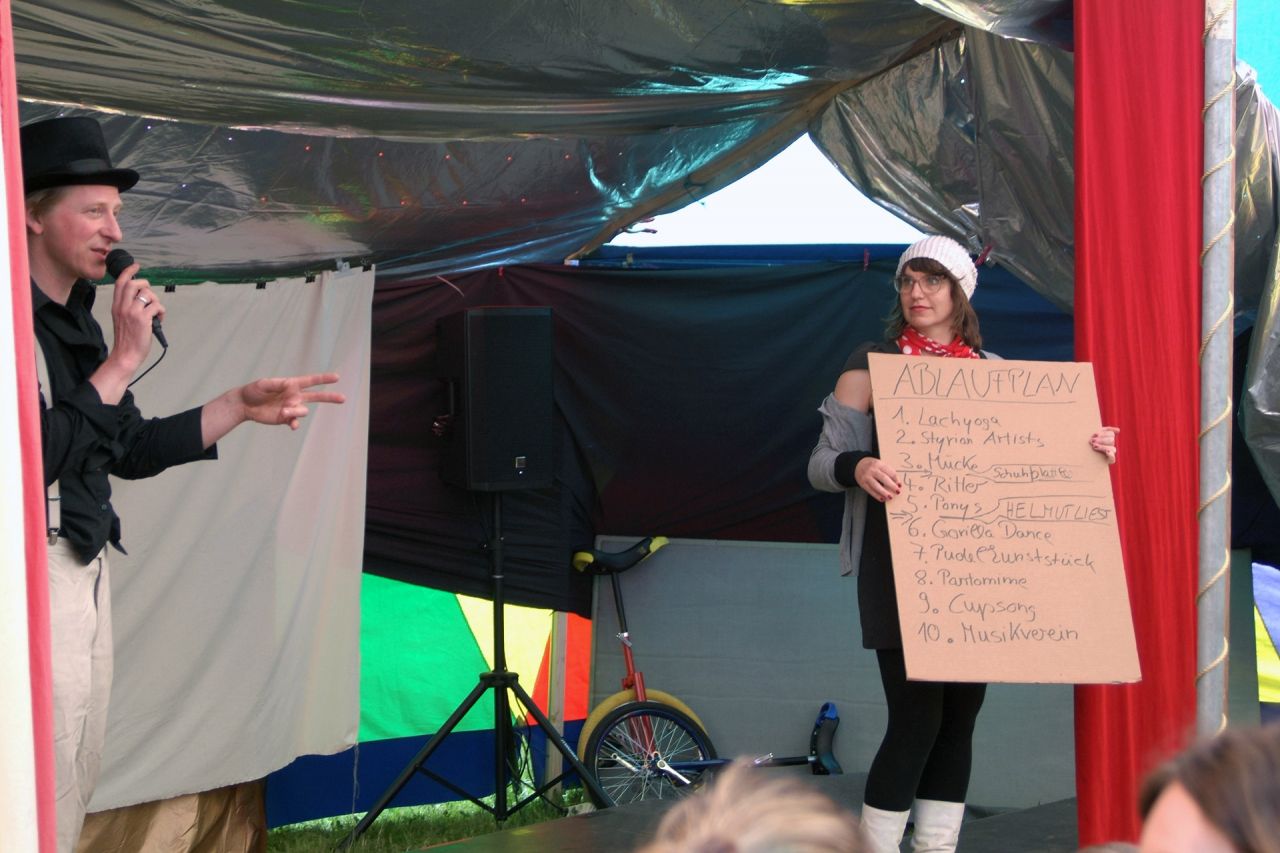 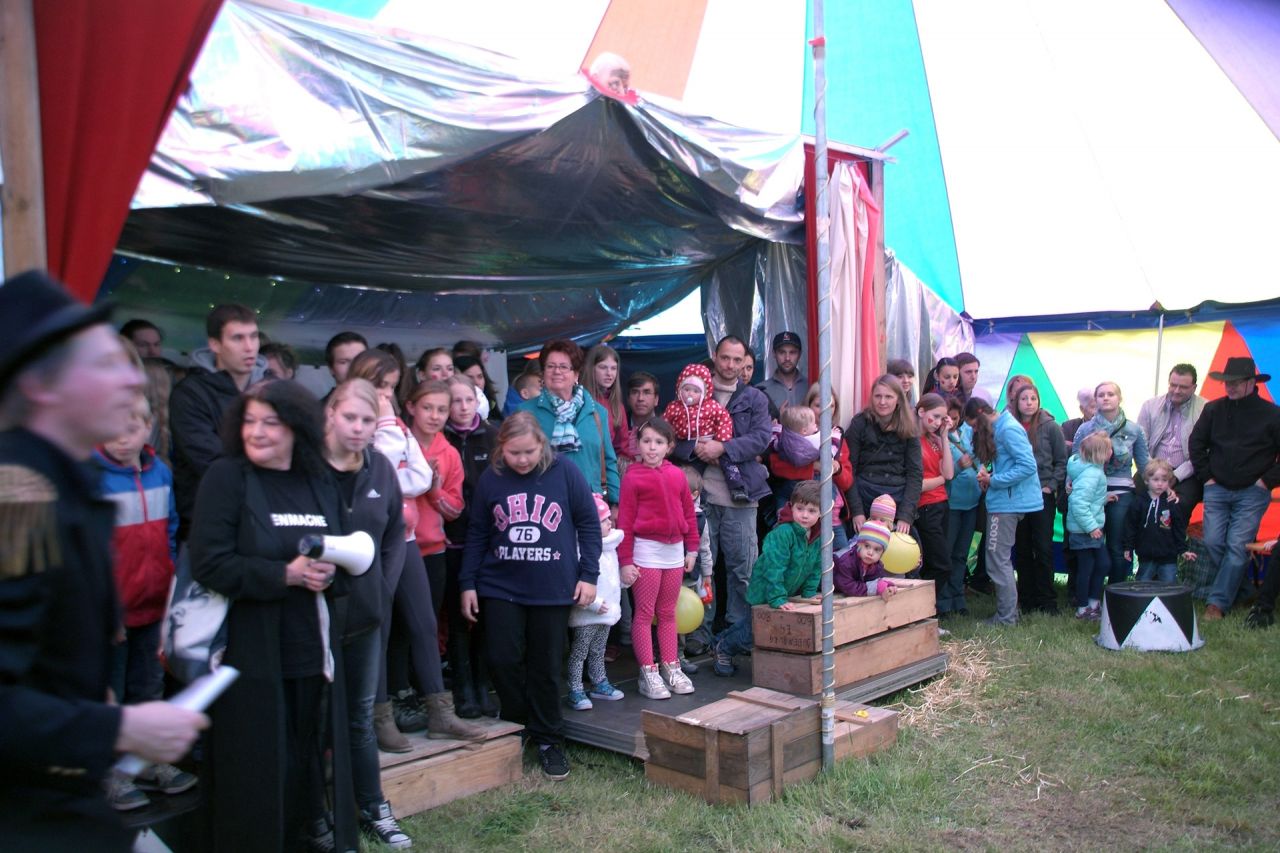 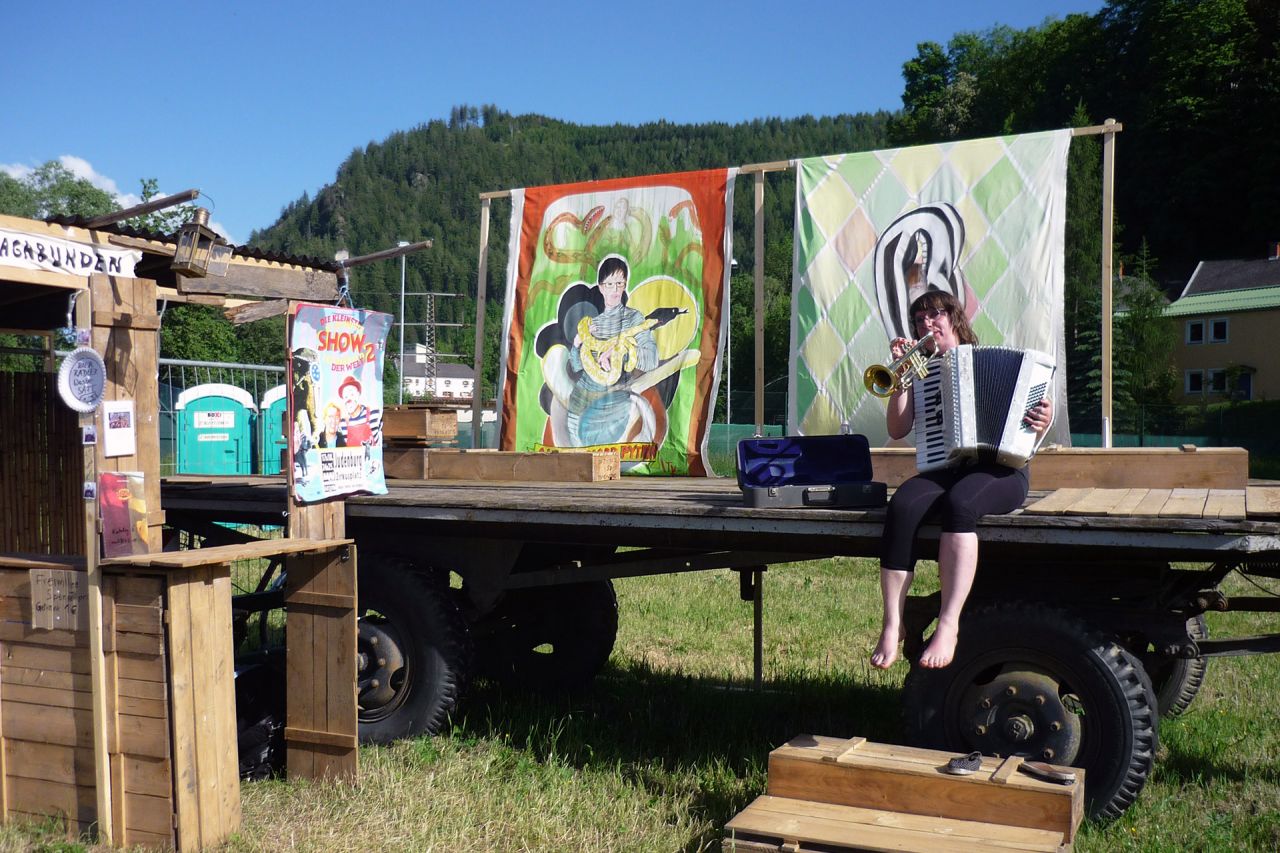 The Smallest Show on Earth 2

Team: Mareike, and many inhabitants of Judenburg

a project for "Paradise Enterprise"

THE SMALLEST SHOW ON EARTH 2 is a travelling circus that tells tales of the circus. The ensemble of marquees and wagons places a nostalgic image of circus in public space in Judenburg, which is also experiencing the "shrinking of circuses". See two nuns in one of the world’s biggest circuses and delve into the history of circus cinema! Judenburg is now the venue for the première of a live show: learn how to marvel once again when local talent juggle and present gorillas on wheels, unknown fabled creatures, and a genuine albino tiger python.

In this collaborative project, the artist invited the residents of Judenburg and residents of the social housing estate in Paradiesgasse to try out and perform tricks themselves - and thus to produce their own circus. In this way the residents became actors and thus experienced themselves in an active role.
Stefan Demming set up a mobile home on site at the circus square: The video installations "Just journey with them" in the mobile home and "The ShowShow" in the small circus tent were open daily from May 16-25, 2014 from 4 to 10 p.m., in between: "Sideshow for all".