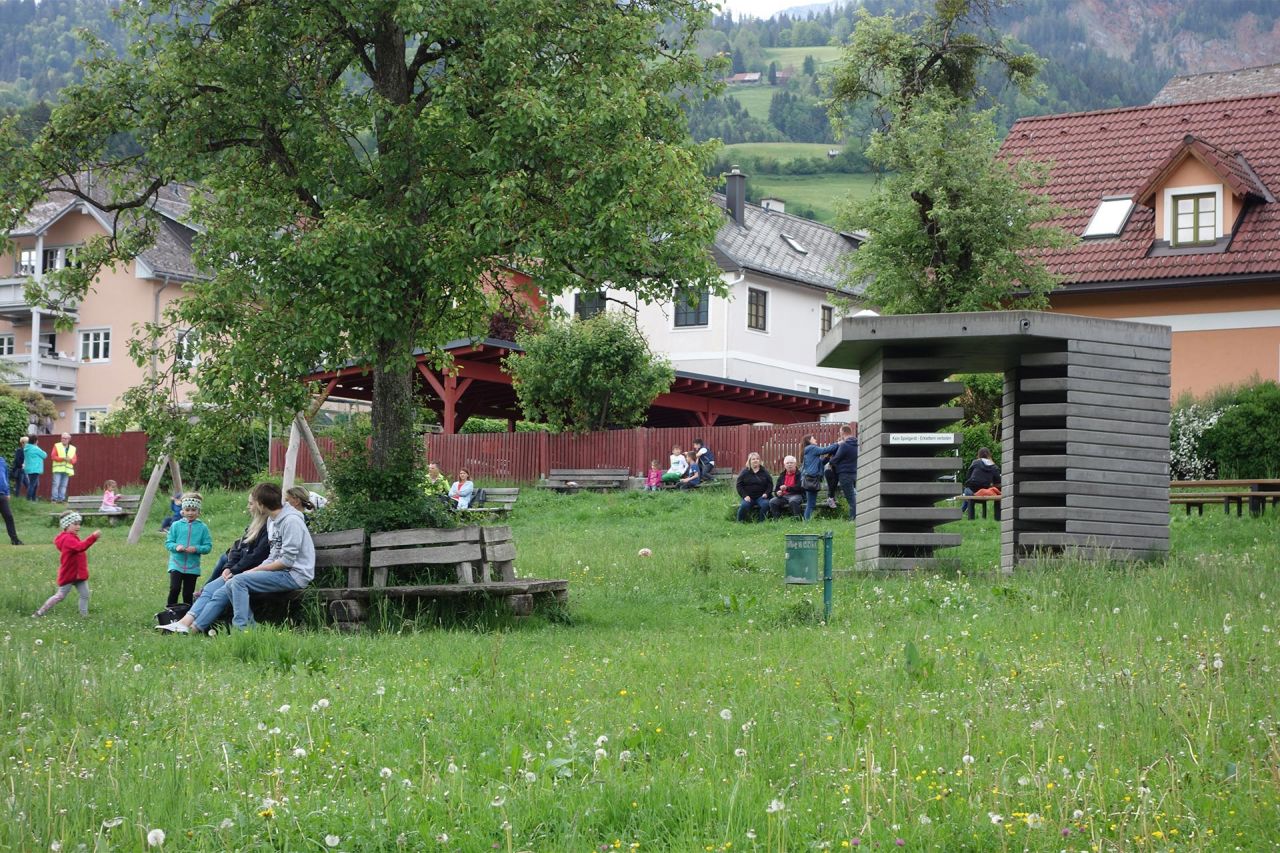 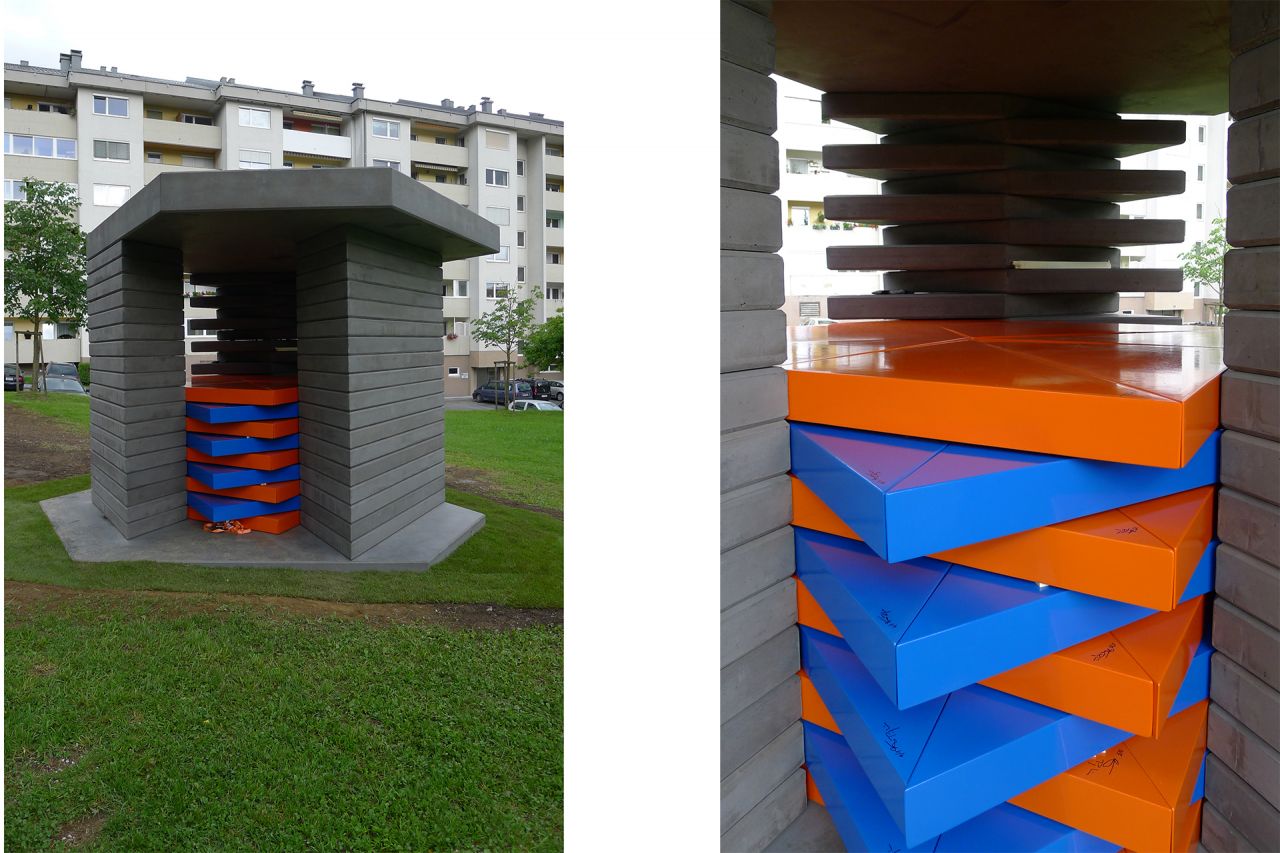 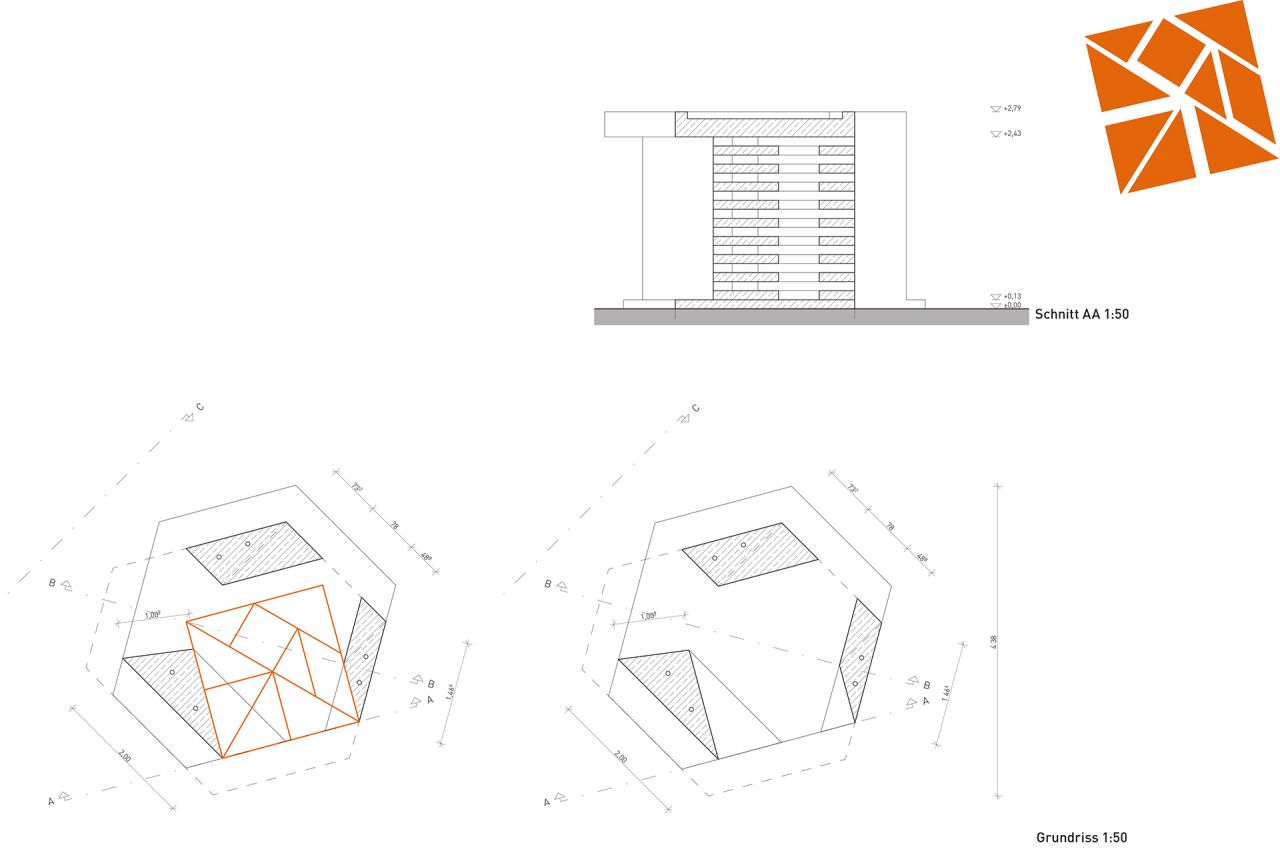 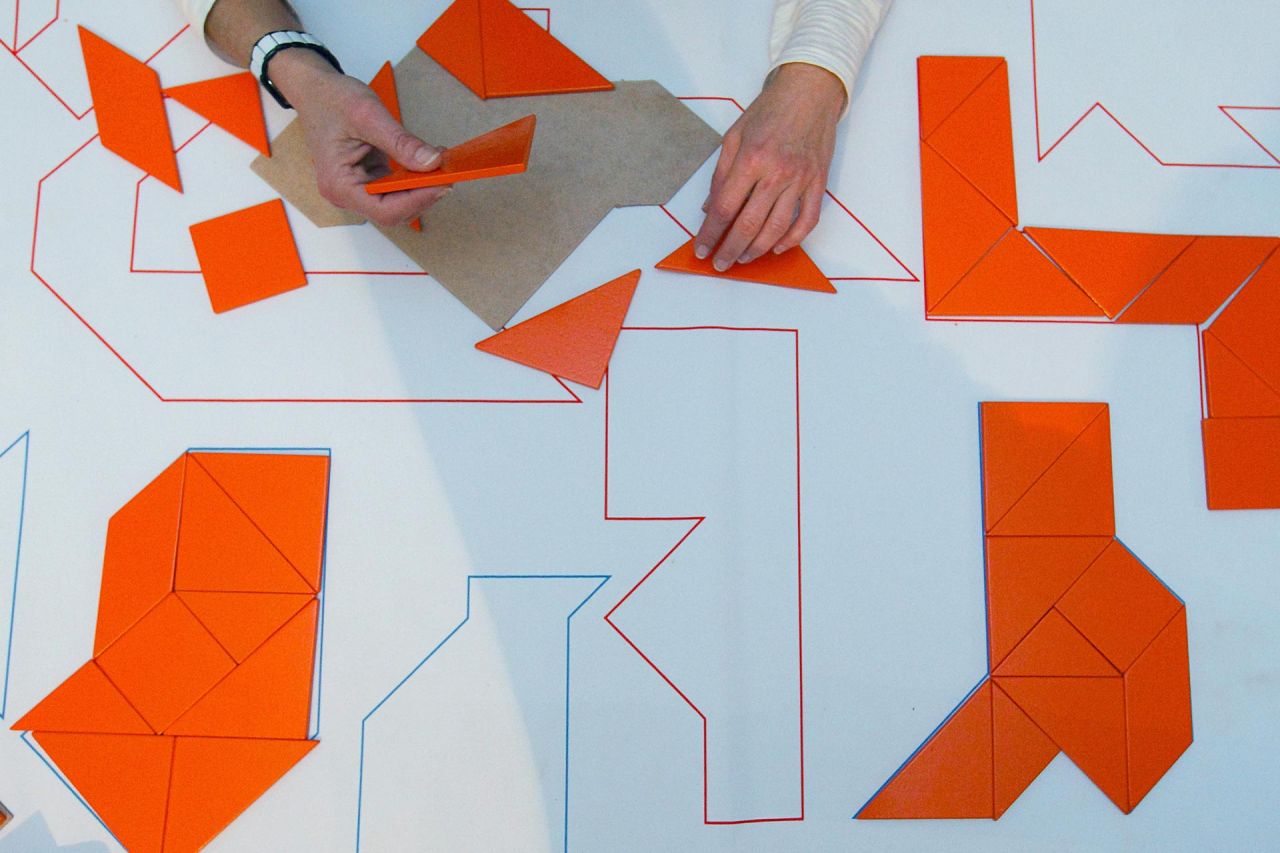 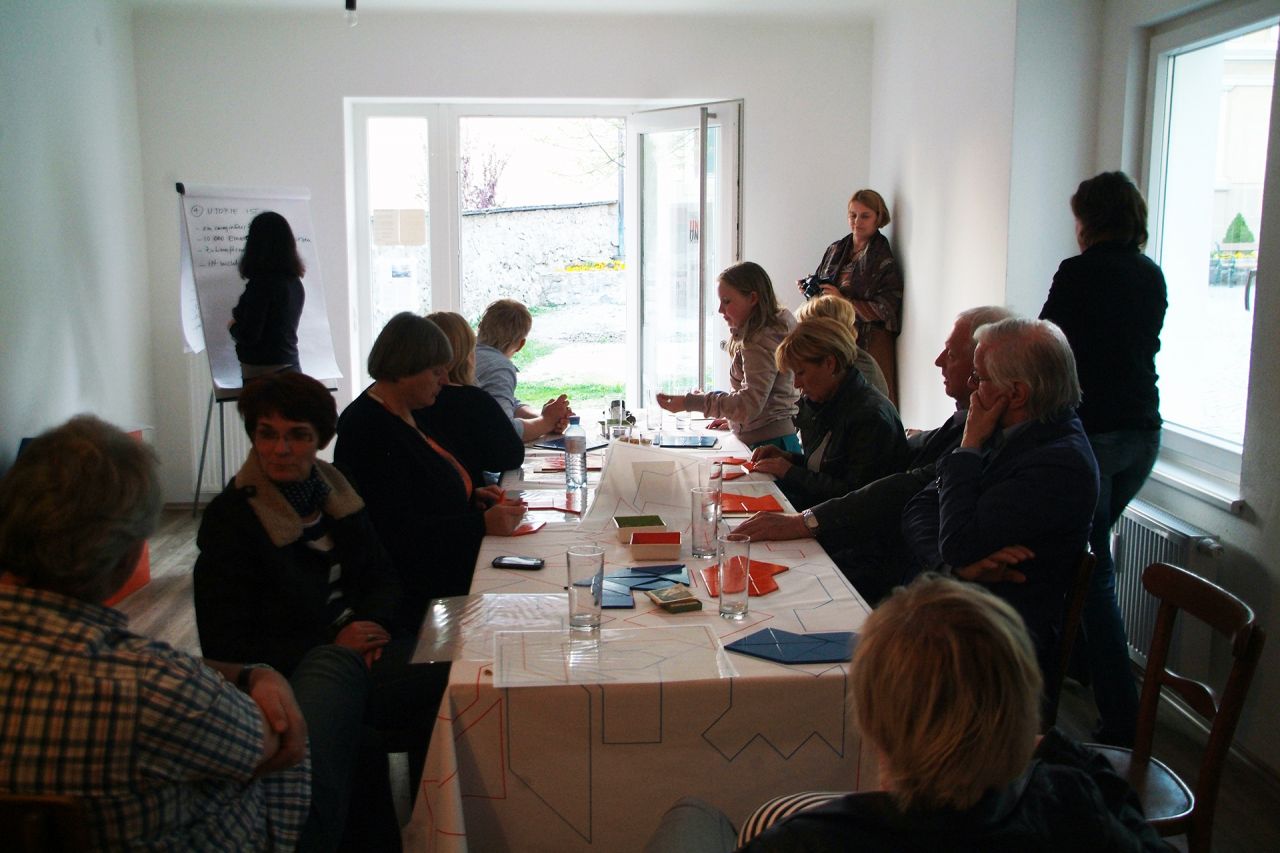 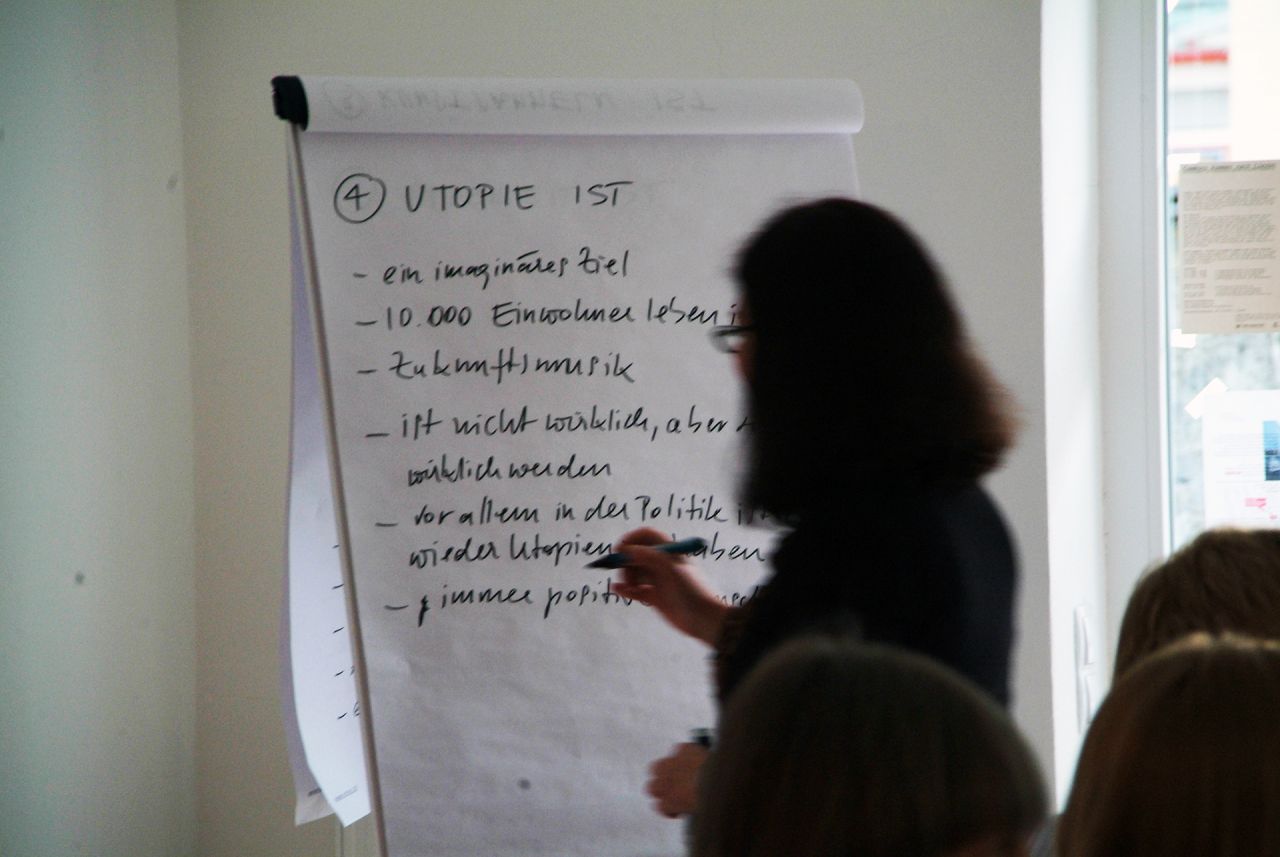 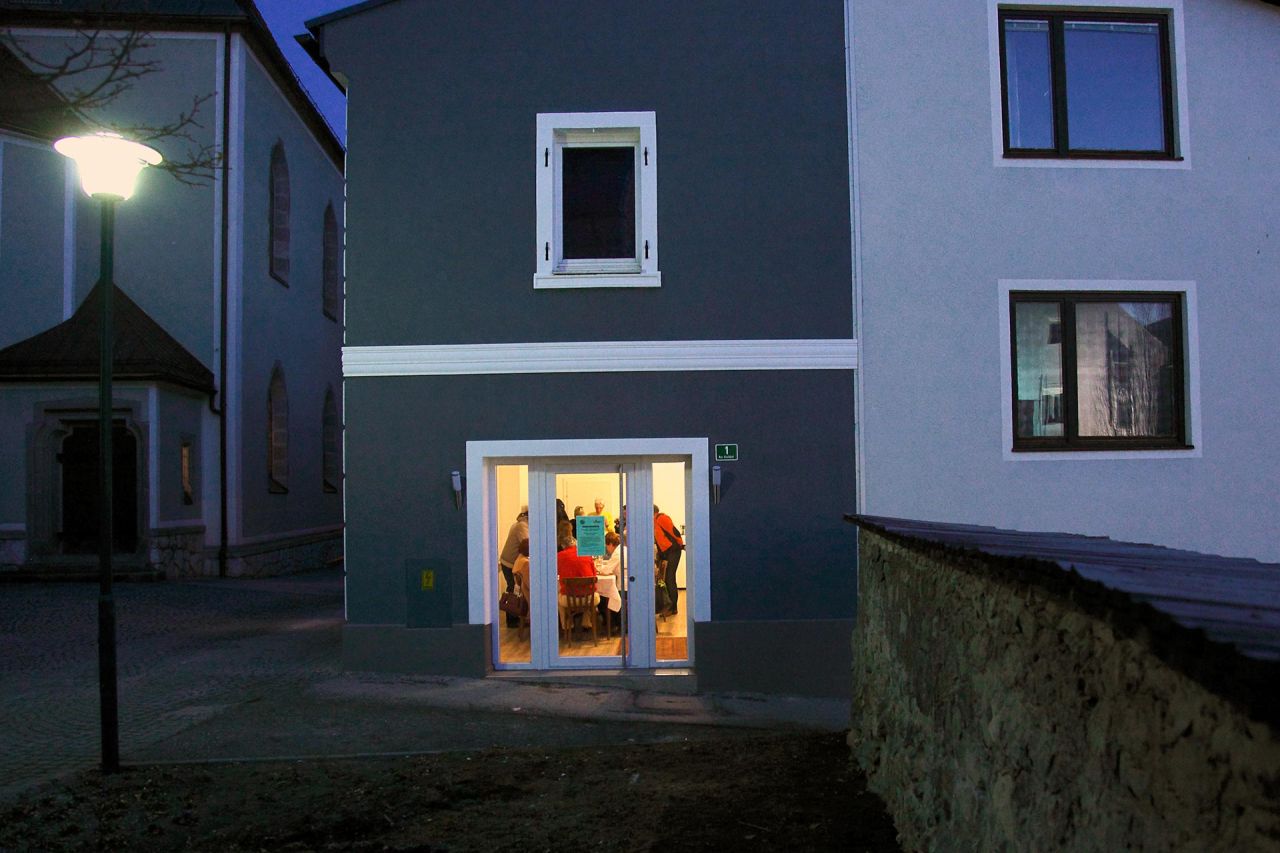 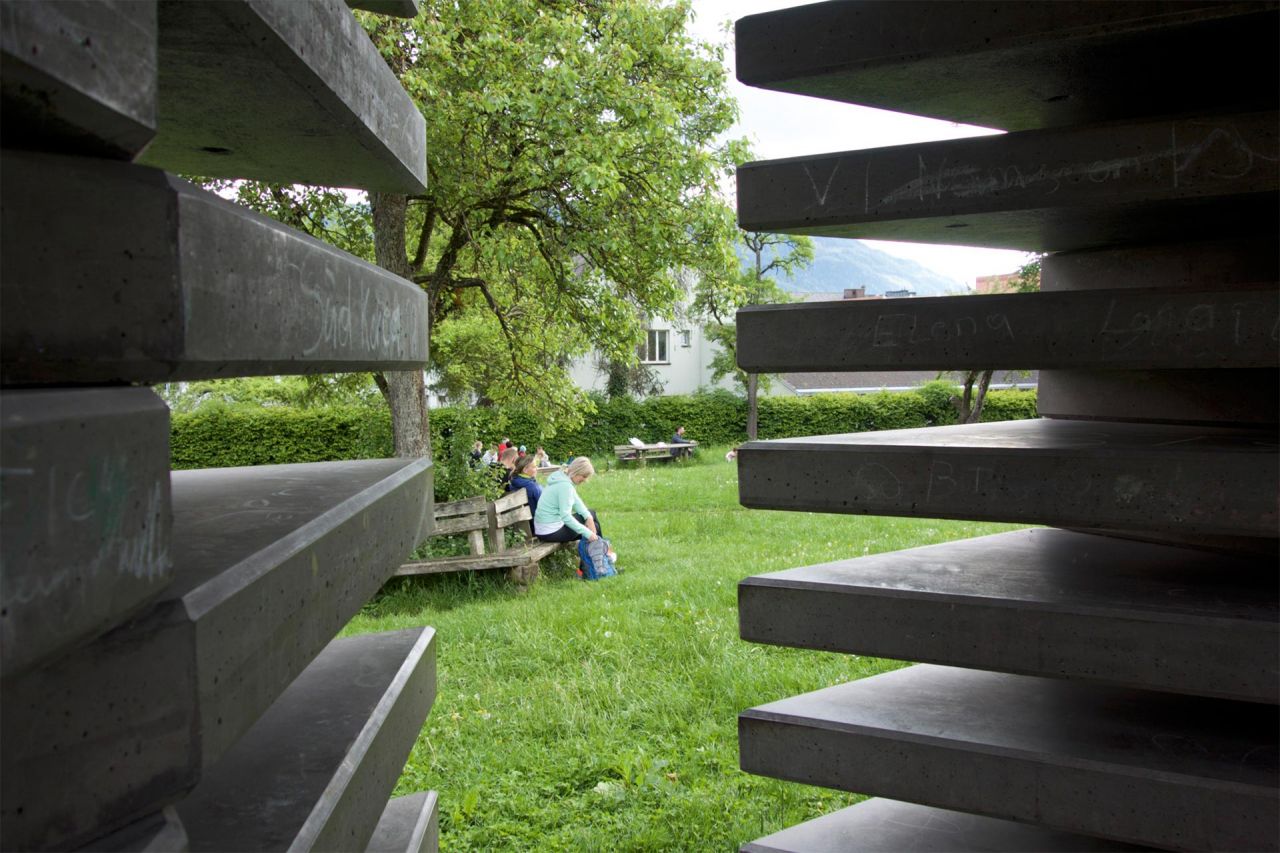 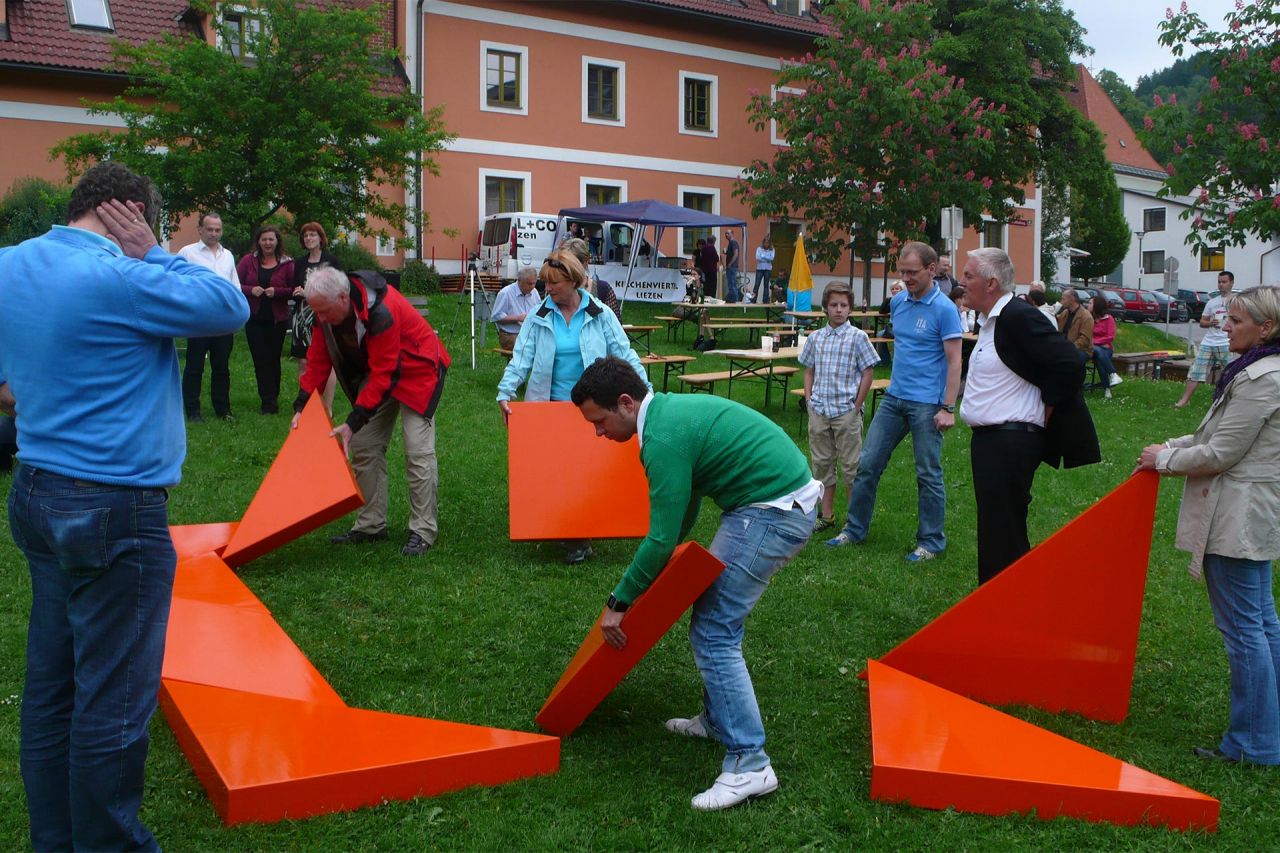 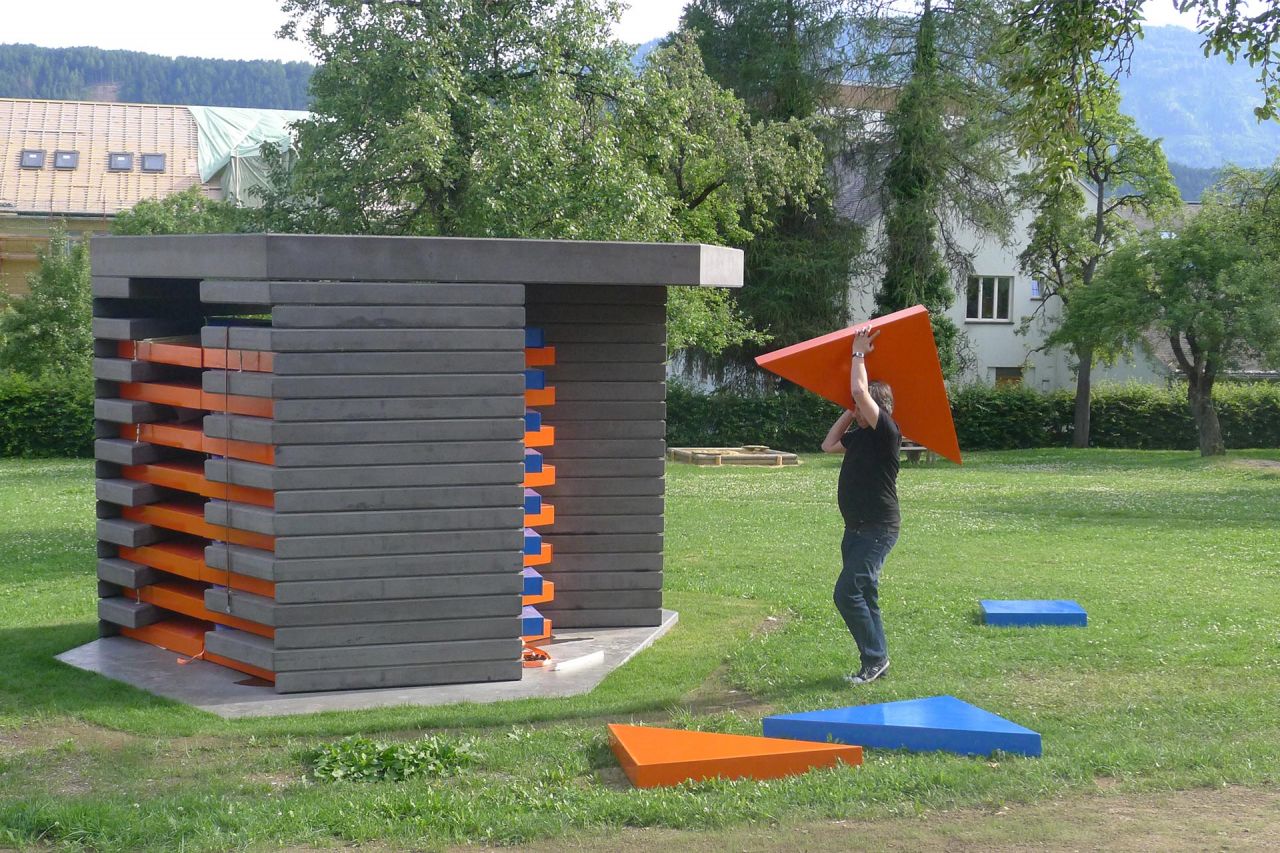 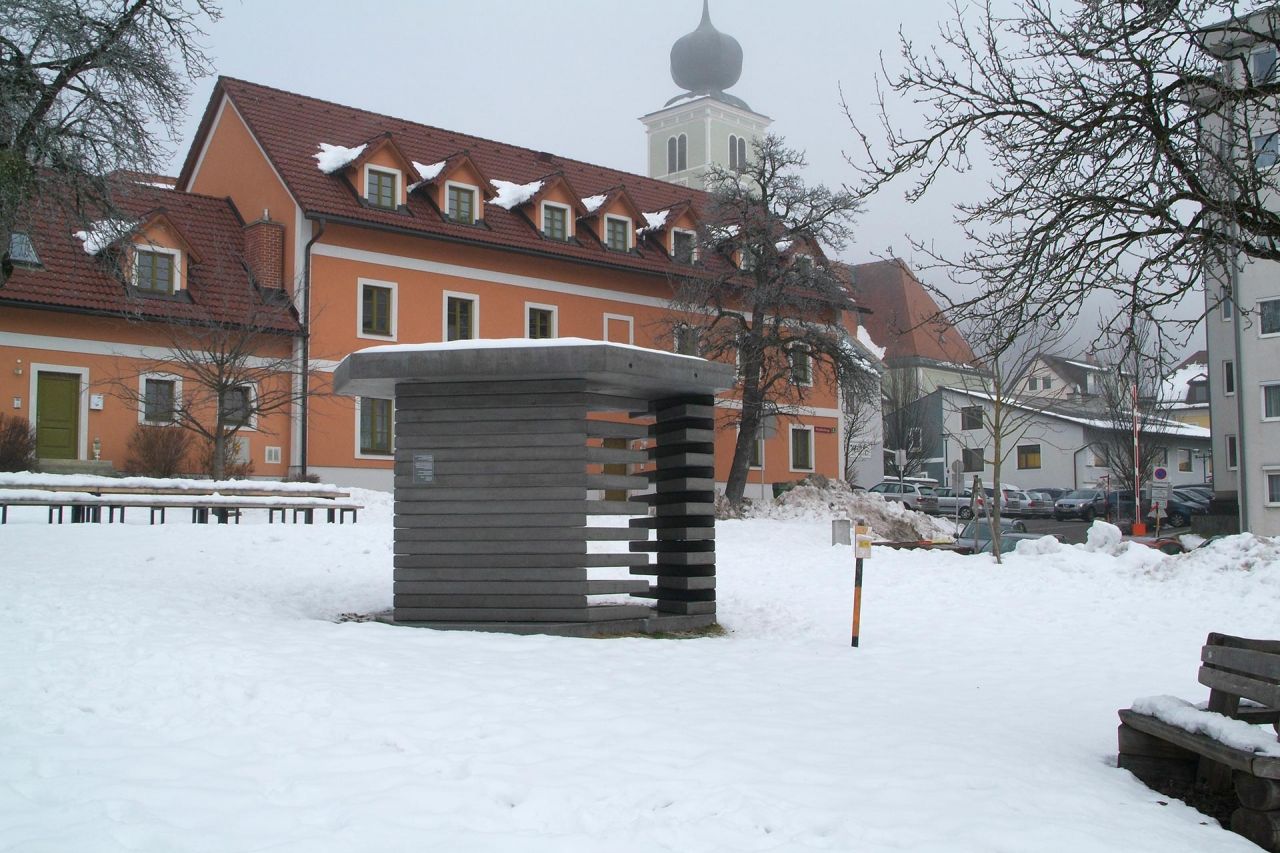 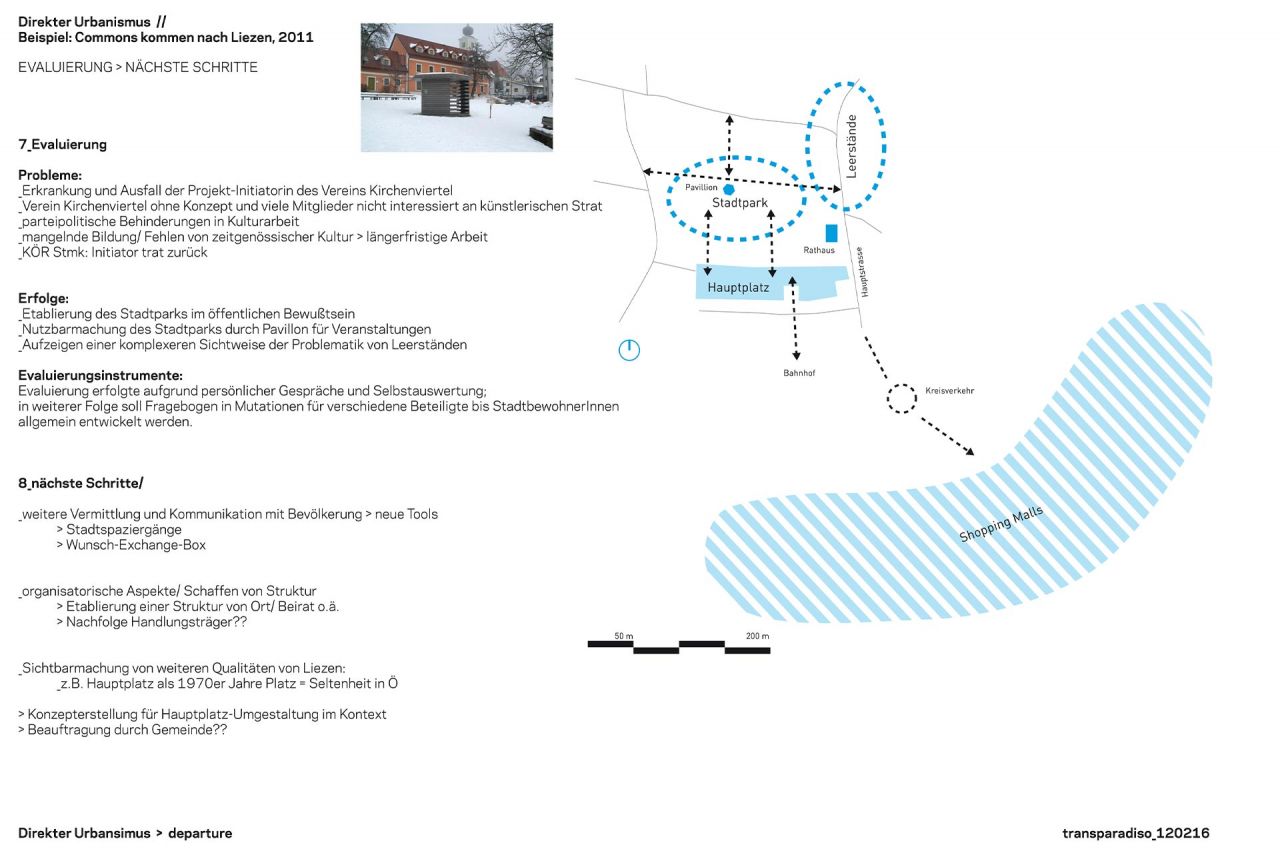 A project for the Institute of Public Art Styria (initiated by Kirchenviertel Liezen) in the frame of “Platzwahl” – in cooperation with the town of Liezen, 2011

Team: Florian Lang, Matthias Jahn
The production of the Tangram objects was made possible through the cooperation with Jugend am Werk.

transparadiso developed Commons Come to Liezen as an art project discussing and realizing new forms of societal acting based on commons - reconsidering the dominant neo-liberal economical structures. As Werner Fenz, the director of Public Art Styria, said: "This concept leaves the conventional categories of sculpture, painting or graphic design behind and turns art into a space of thinking and acting by inserting dialogical settings directly into the everyday space of people."

Liezen is a town located right in the centre of Austria (at the same time being far away from the major Austrian cities), defined by a large area of shopping malls which has continuously emptied the town centre. A group of shopkeepers in the meanwhile neglected town centre approached Public Art Styria with the ambition to realize a public art project in order to address this problem.

The pavilion
The central park of Liezen is an orchard still functioning as commons. It was reactivated through a pavilion which initially was used as „storage“ for 19 layers of large size tangram-pieces1 out of wood. For introducing the project to the community transparadiso installed a project space right in the town center and organized public game sessions with tangram games in the scale 1:10, introducing a modified tangram game as collective art project. The game sessions also served as communication tool, e.g. for discussing vital topics like new forms of commons and collecting art (not just by the wealthy) – as well as the future of Liezen. The tangram pieces have been sold as art pieces (referring to minimal sculpture). Thus the storage space/ pavilion has gradually been emptied and is now ready for use for future activities by the community.

Collecting Art – Acquire Shares of Commons Come to Liezen
The tangram pieces are numbered and signed and offered for sale for a (subsidized) price of 100.00 euro. The earnings will be reinvested in Commons Come to Liezen and the further programming of the pavilion as part of a larger and long term strategy for the current challenges of Liezen and its urban development as well as its positioning within the region.

New urban tools and strategies
The public art project served as starting point for developing new tools and strategies as cross-disciplinary approach tackling the multilayered issues involved in urban development as part of larger economical and societal issues–also beyond Liezen. Thus the project being located in a smaller town can serve as a sample case, since the communication is more direct than in bigger cities.

Meanwhile the city park is intensively used, as we could see in summer 2019.

1 Tangram is an old chinese game which was transformed into similar games in the Austrian-Hungarian Monarchy at the end of the 19th century and is currently used for educational aspects in order to enhance concentration and patience.