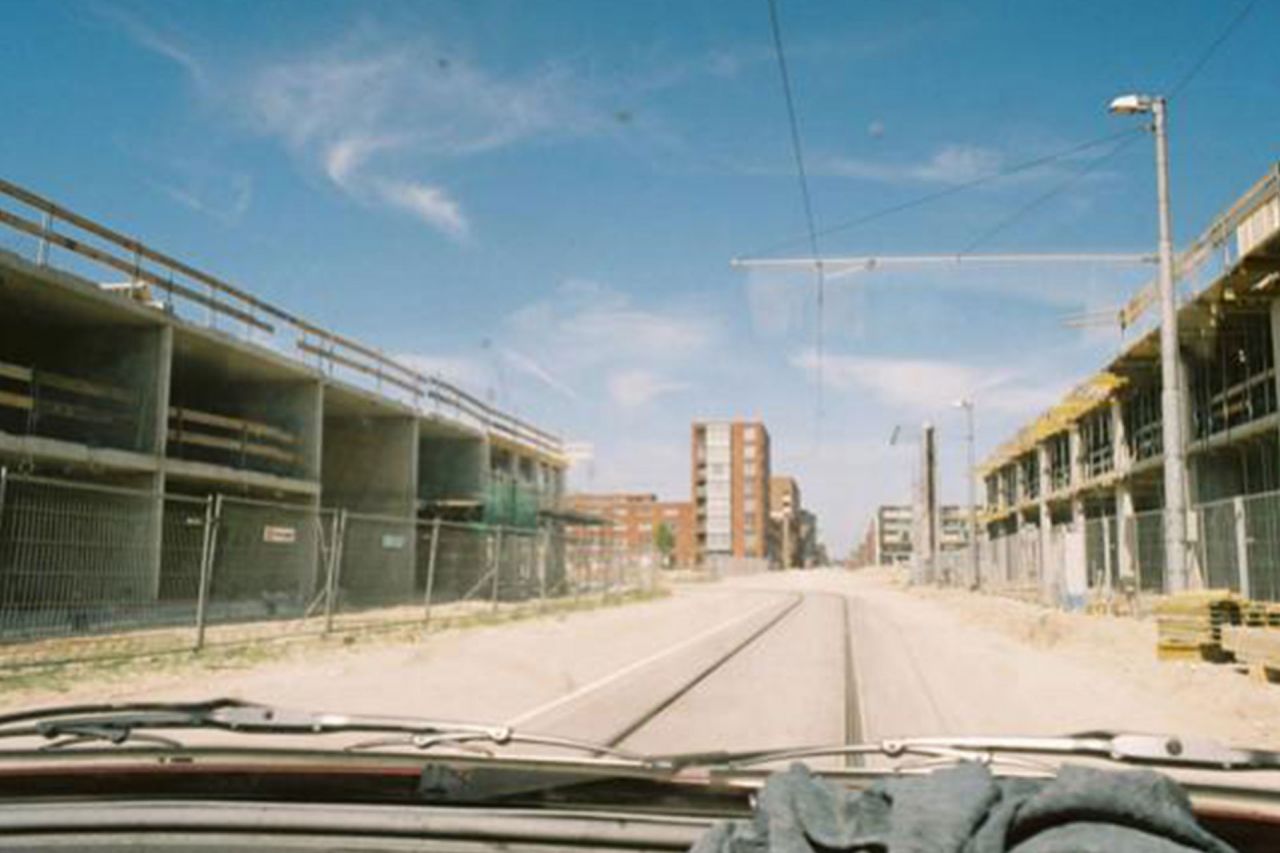 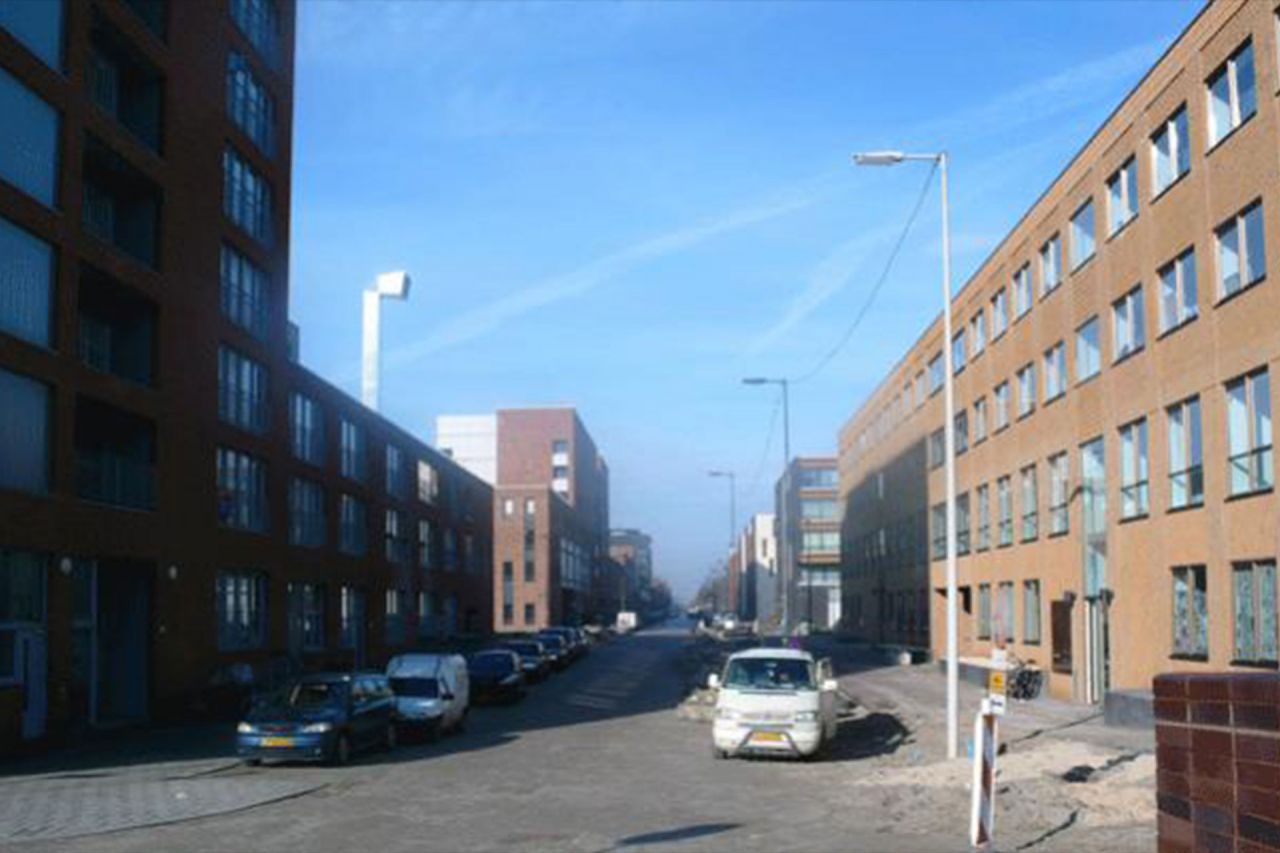 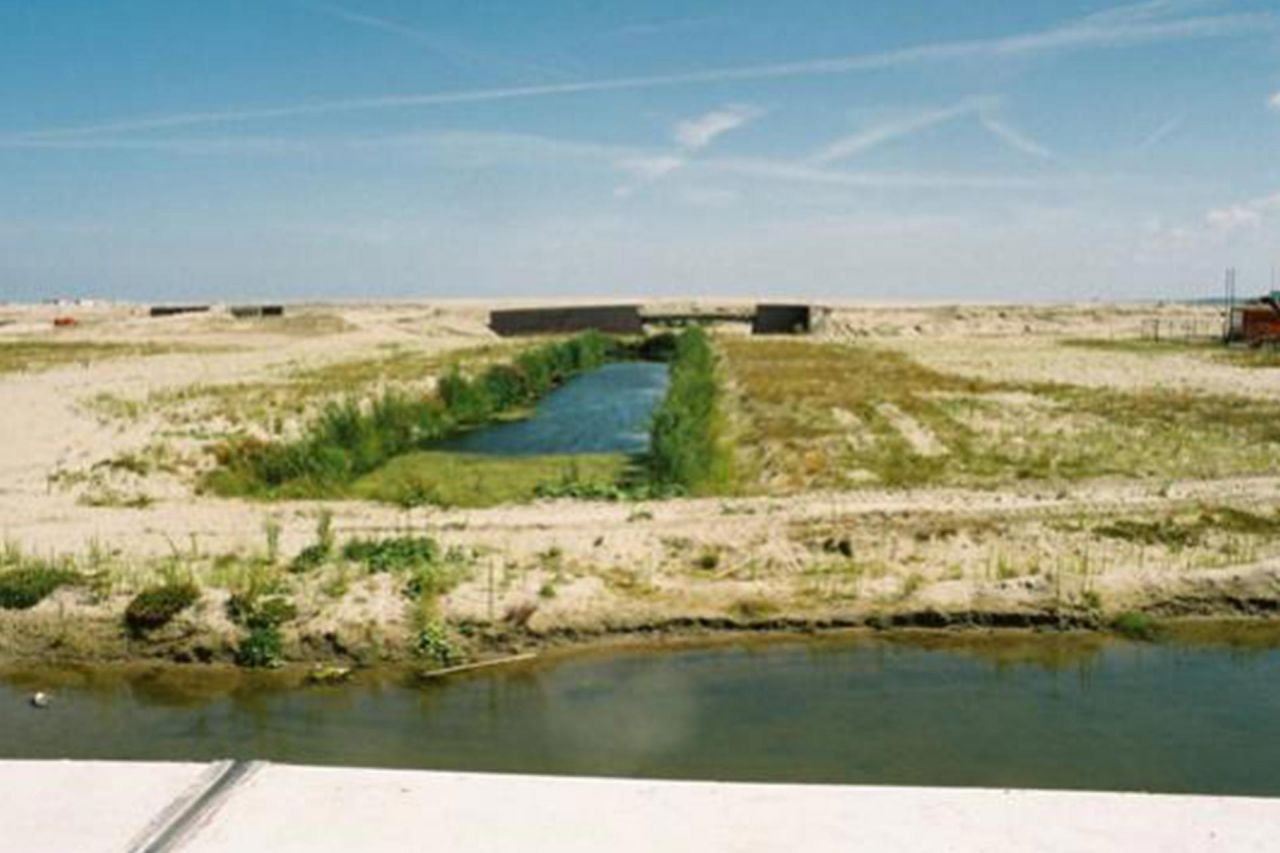 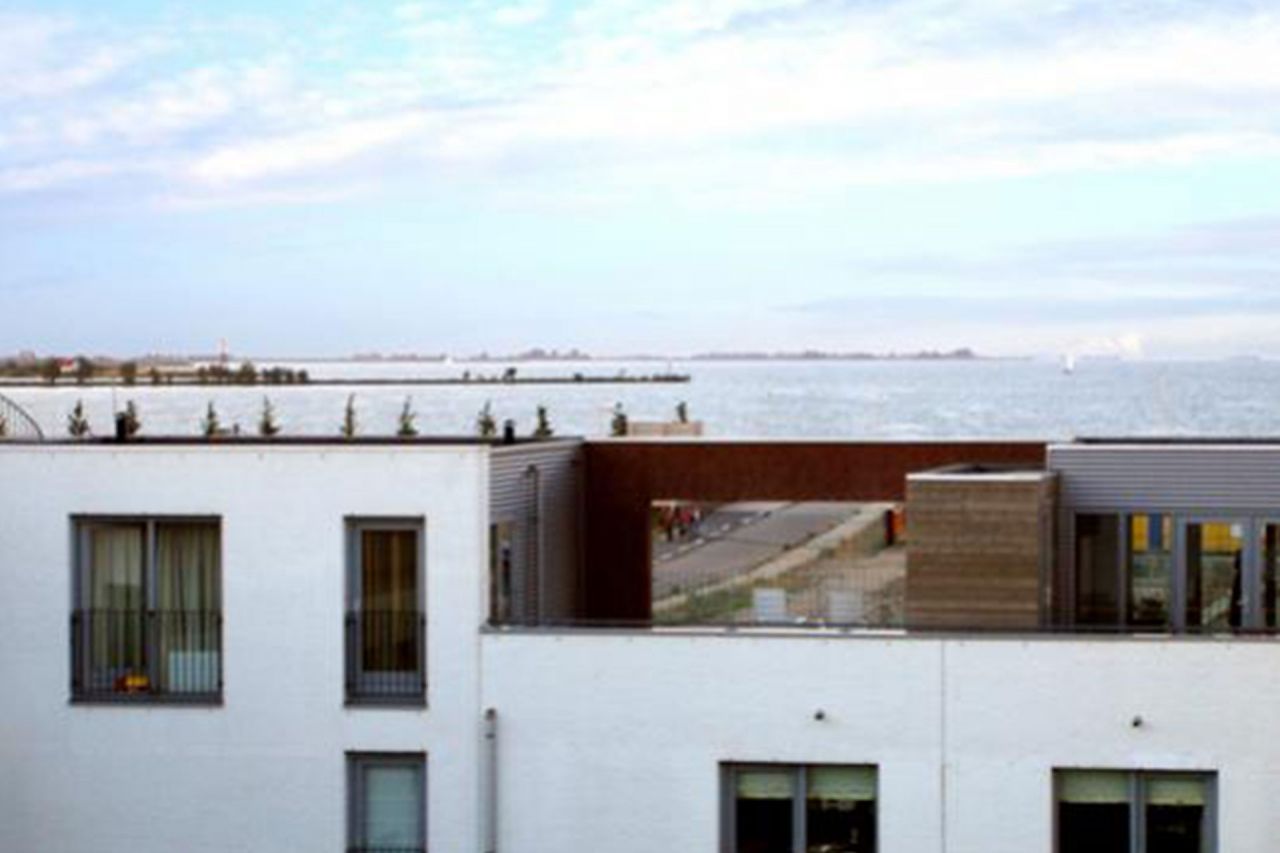 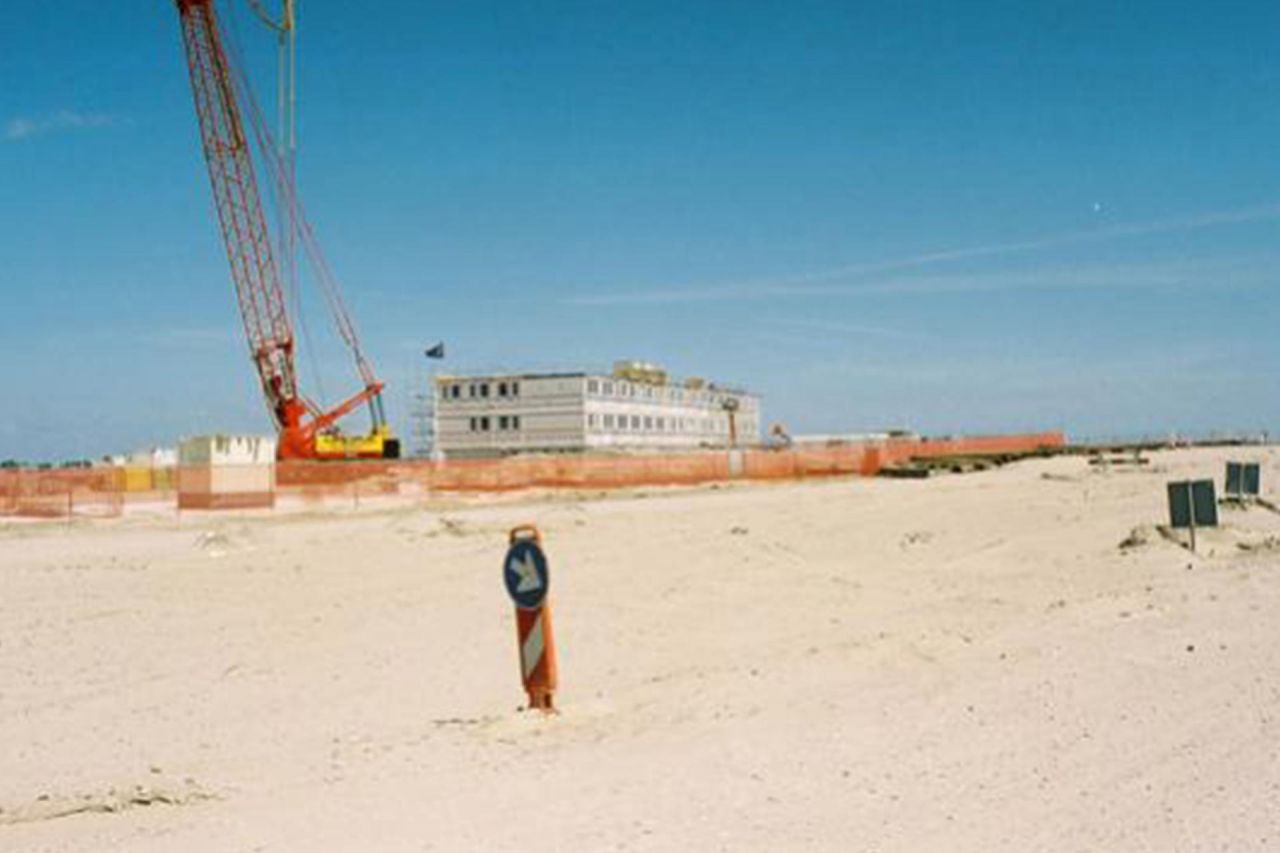 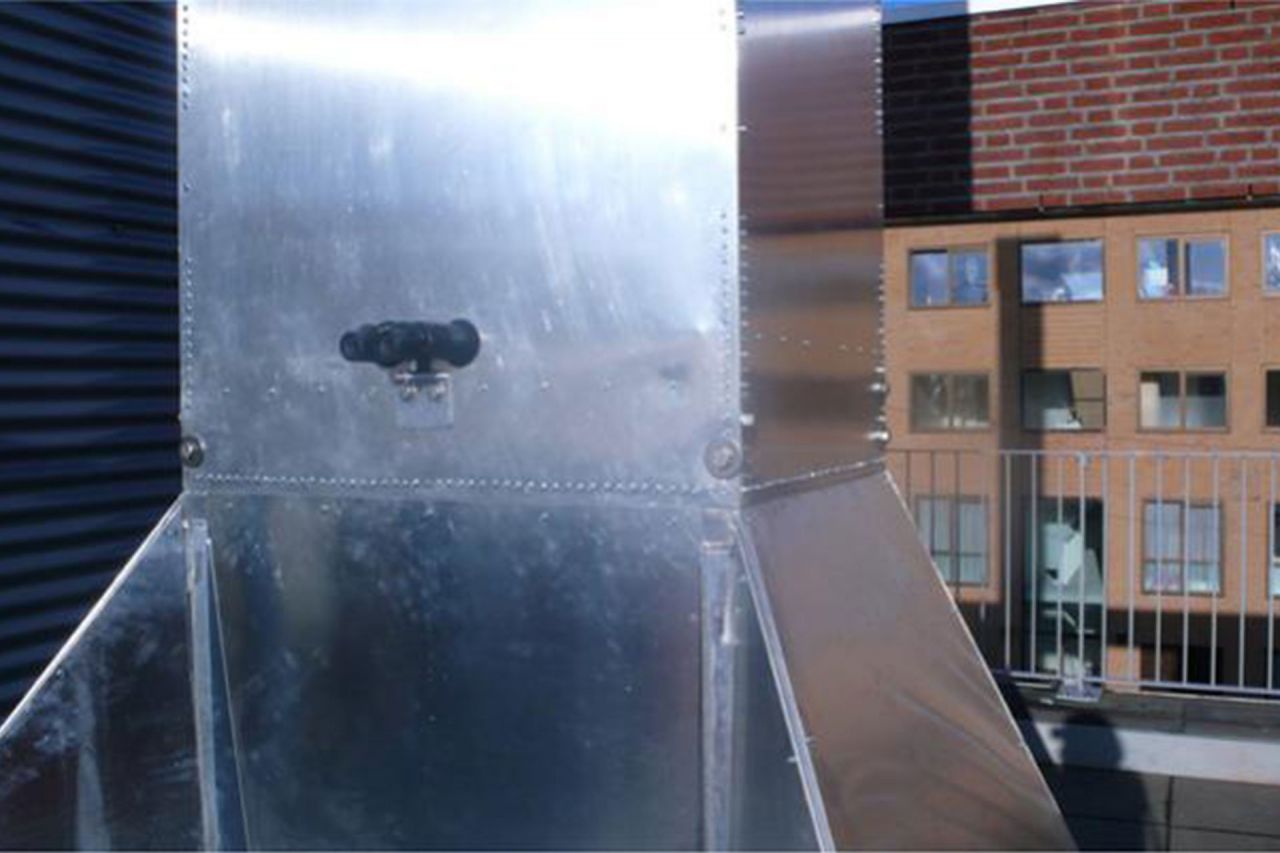 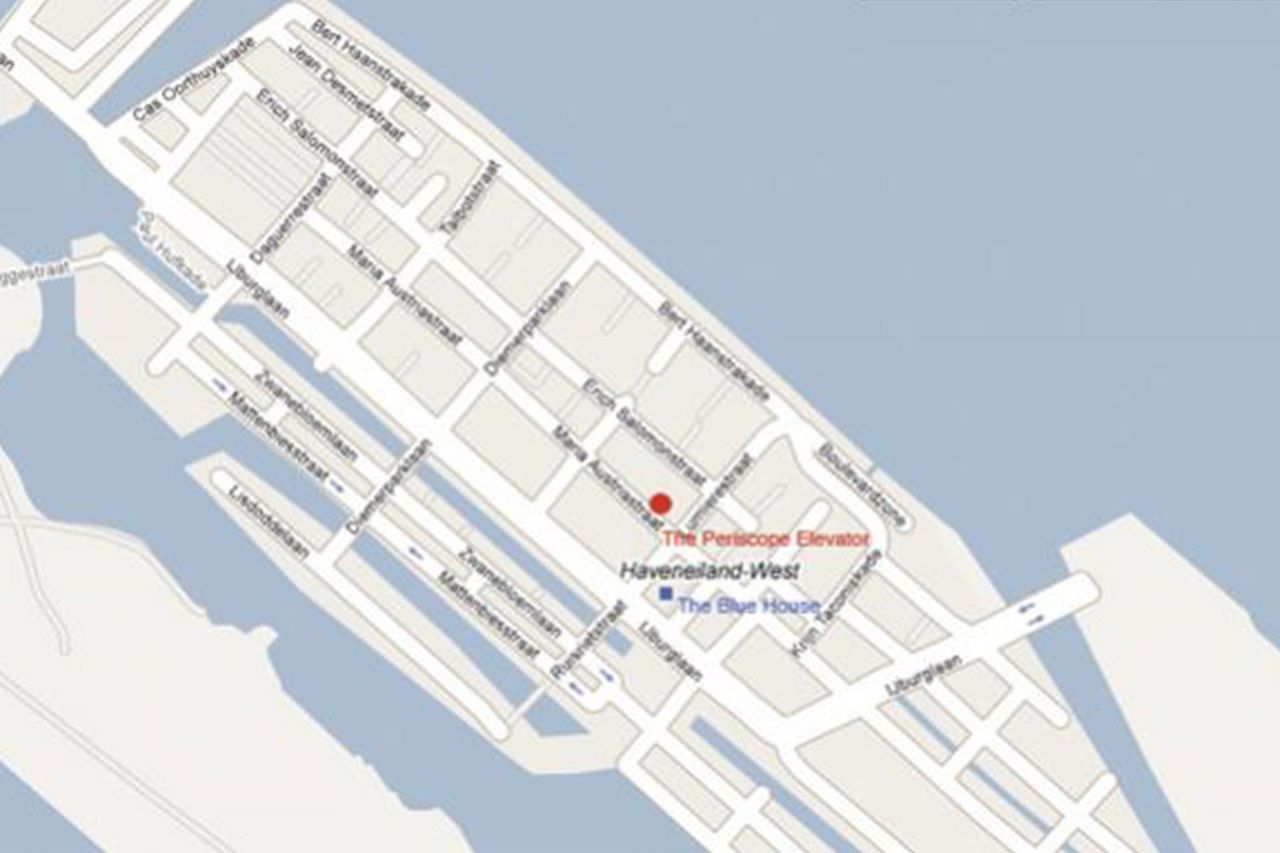 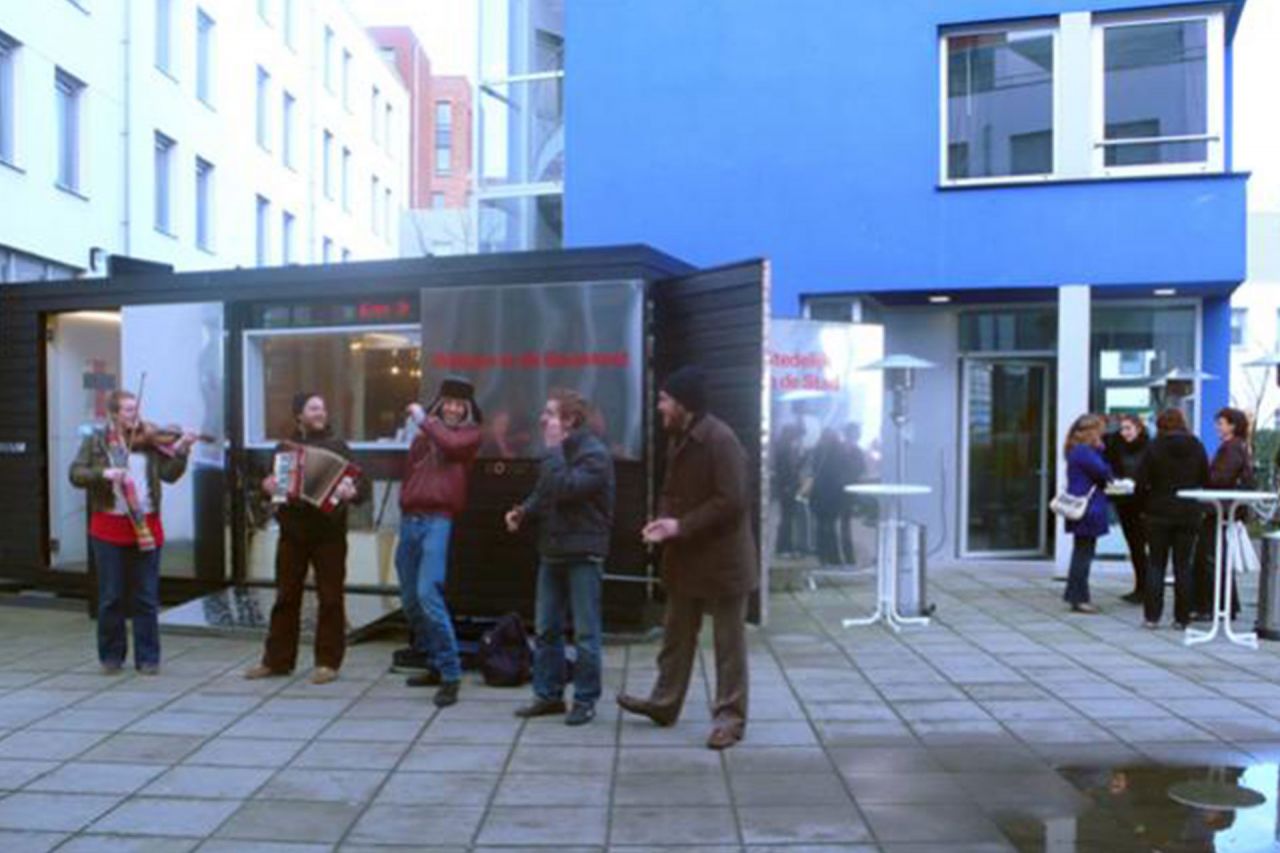 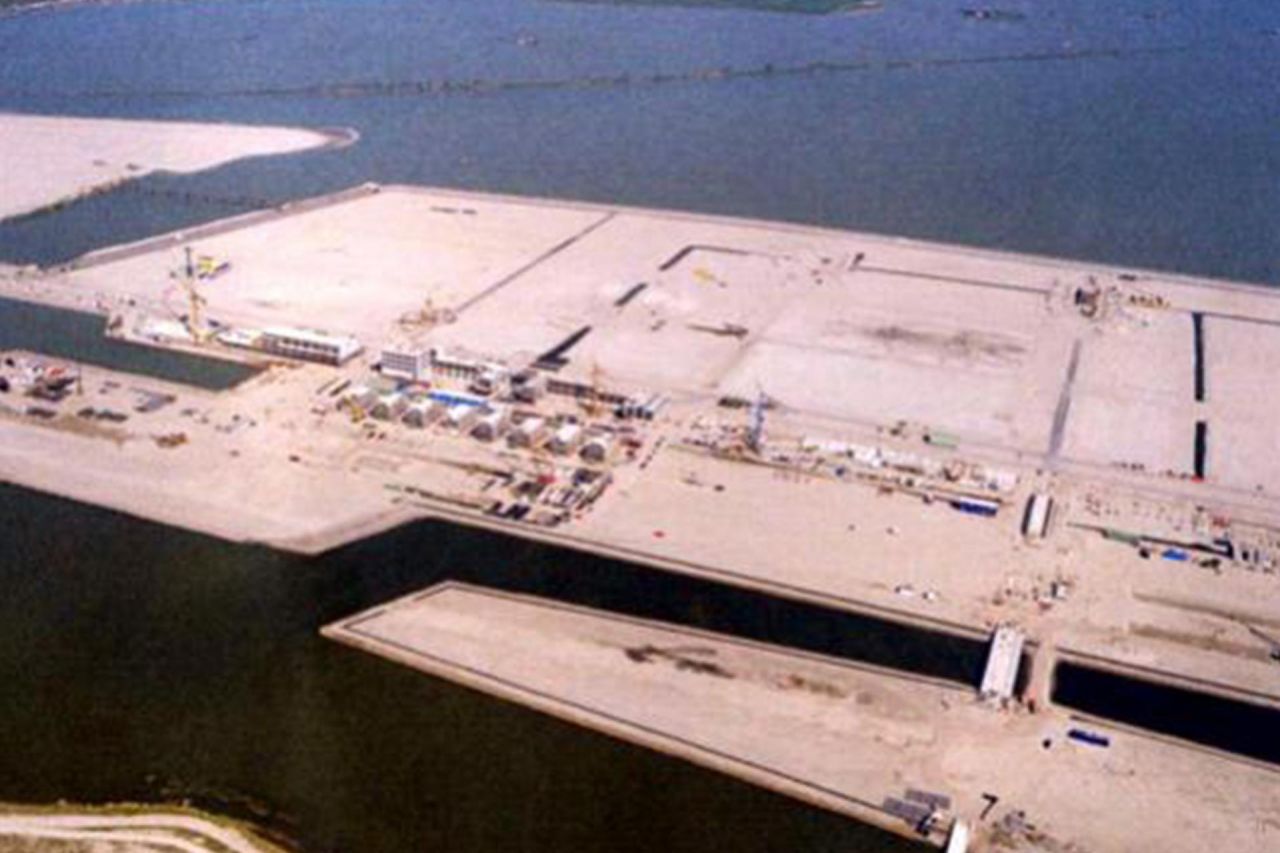 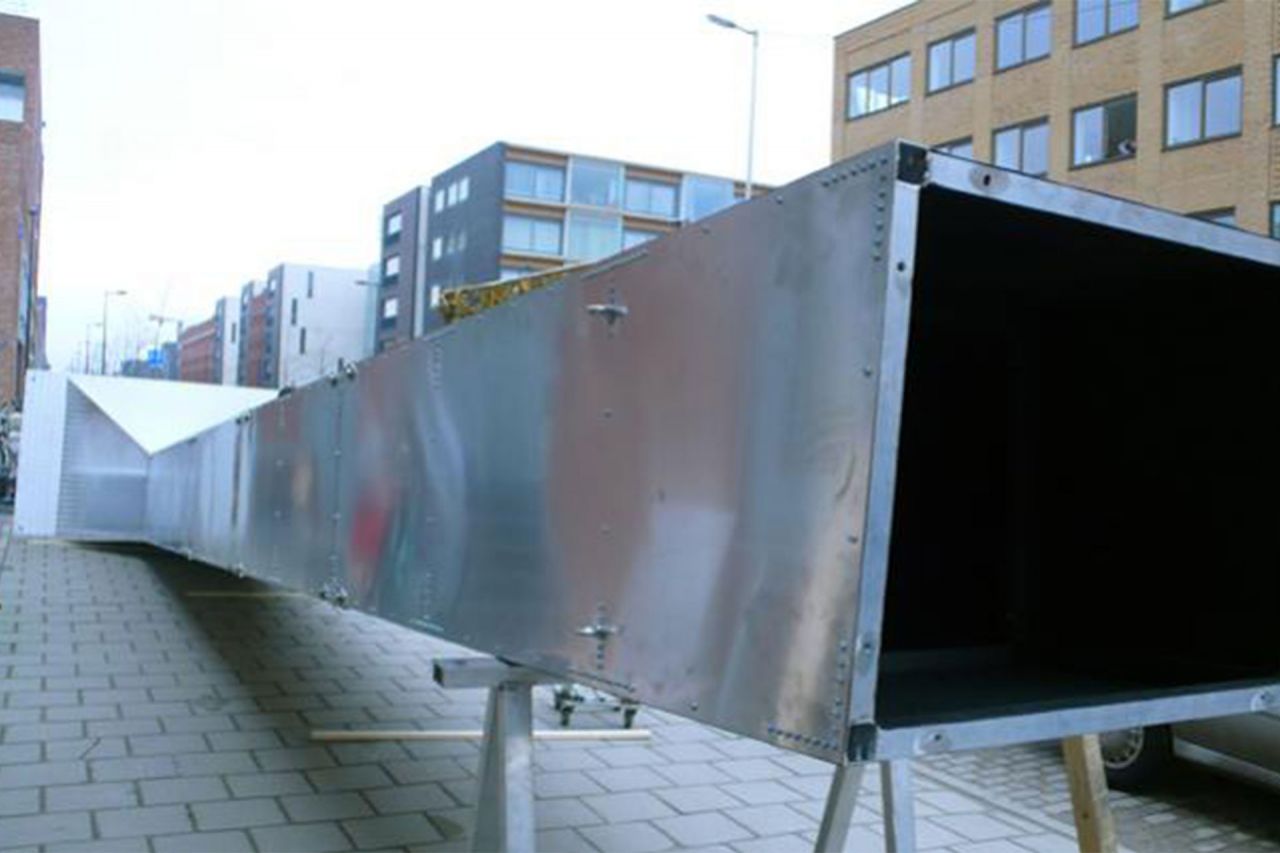 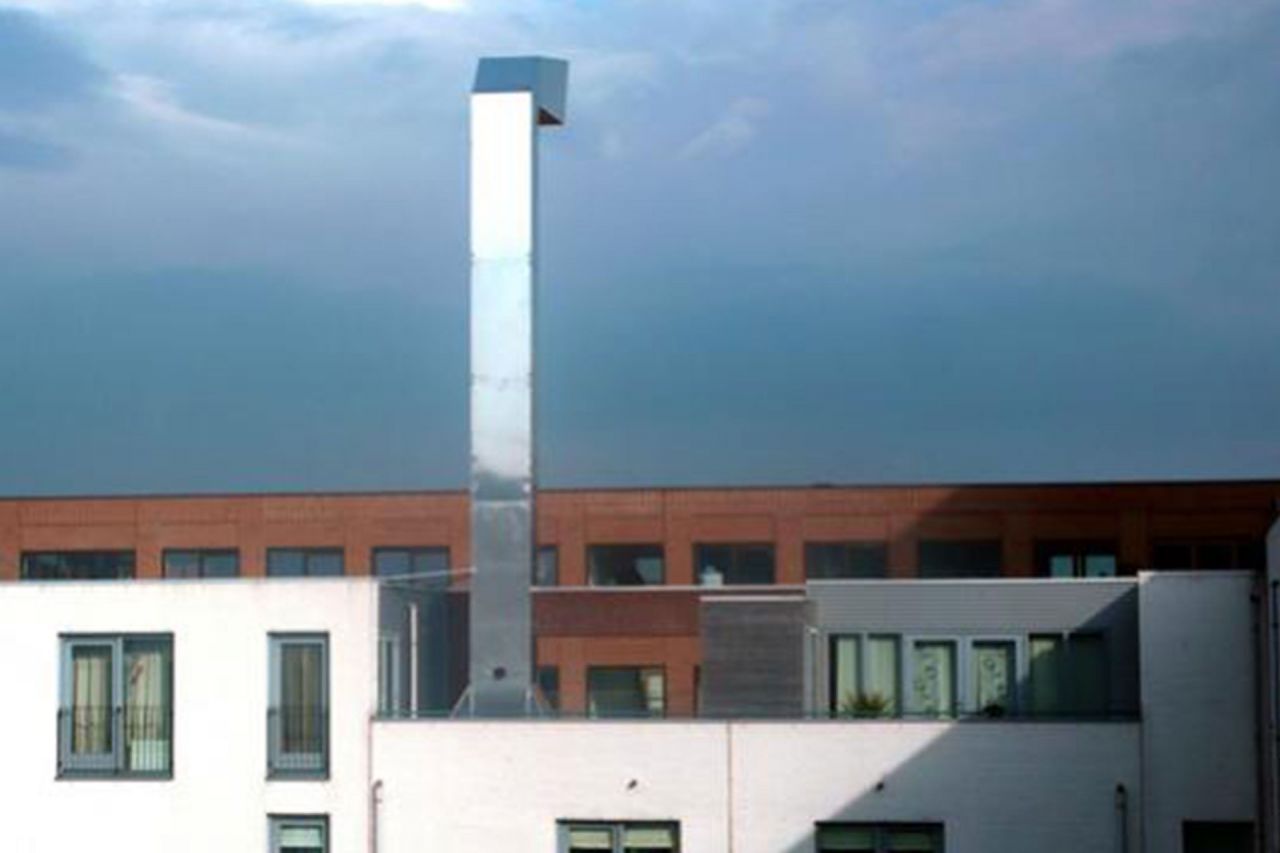 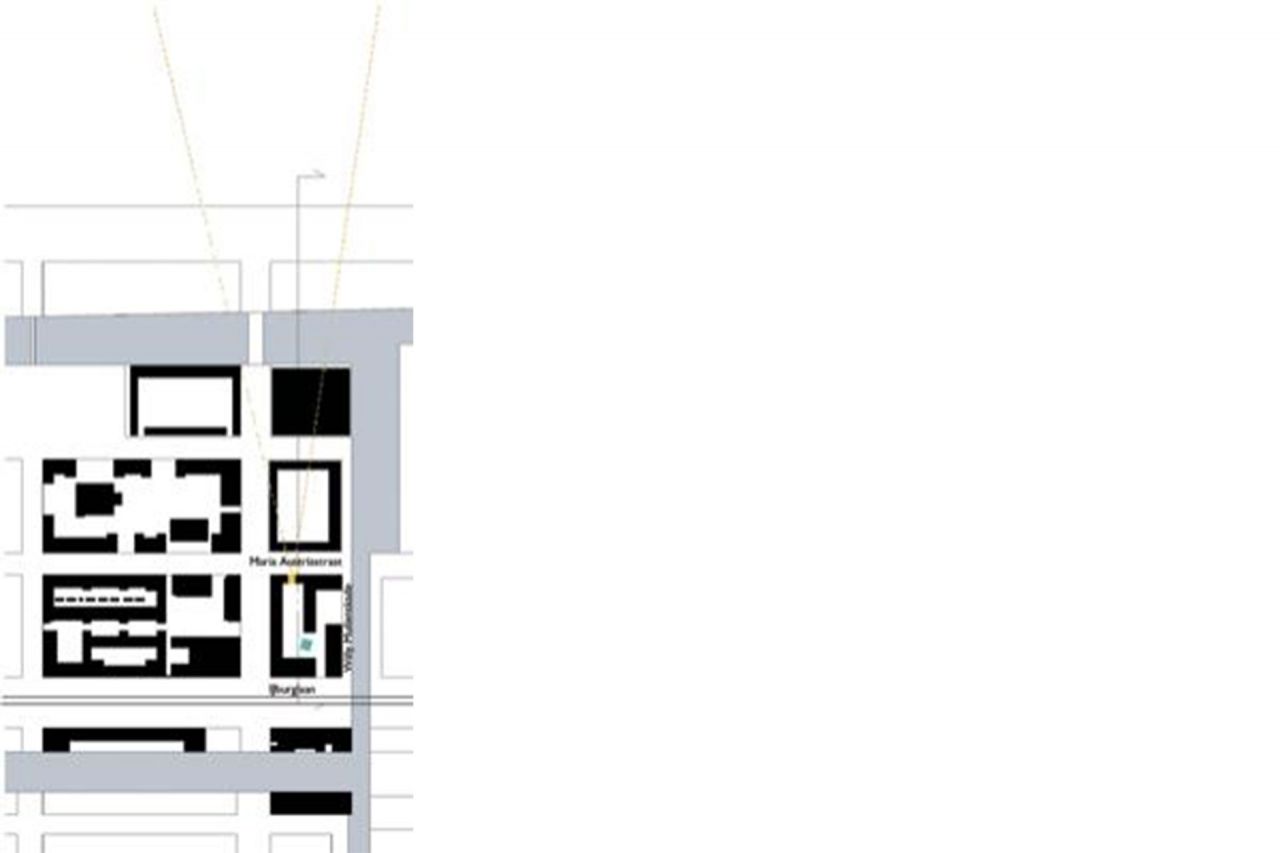 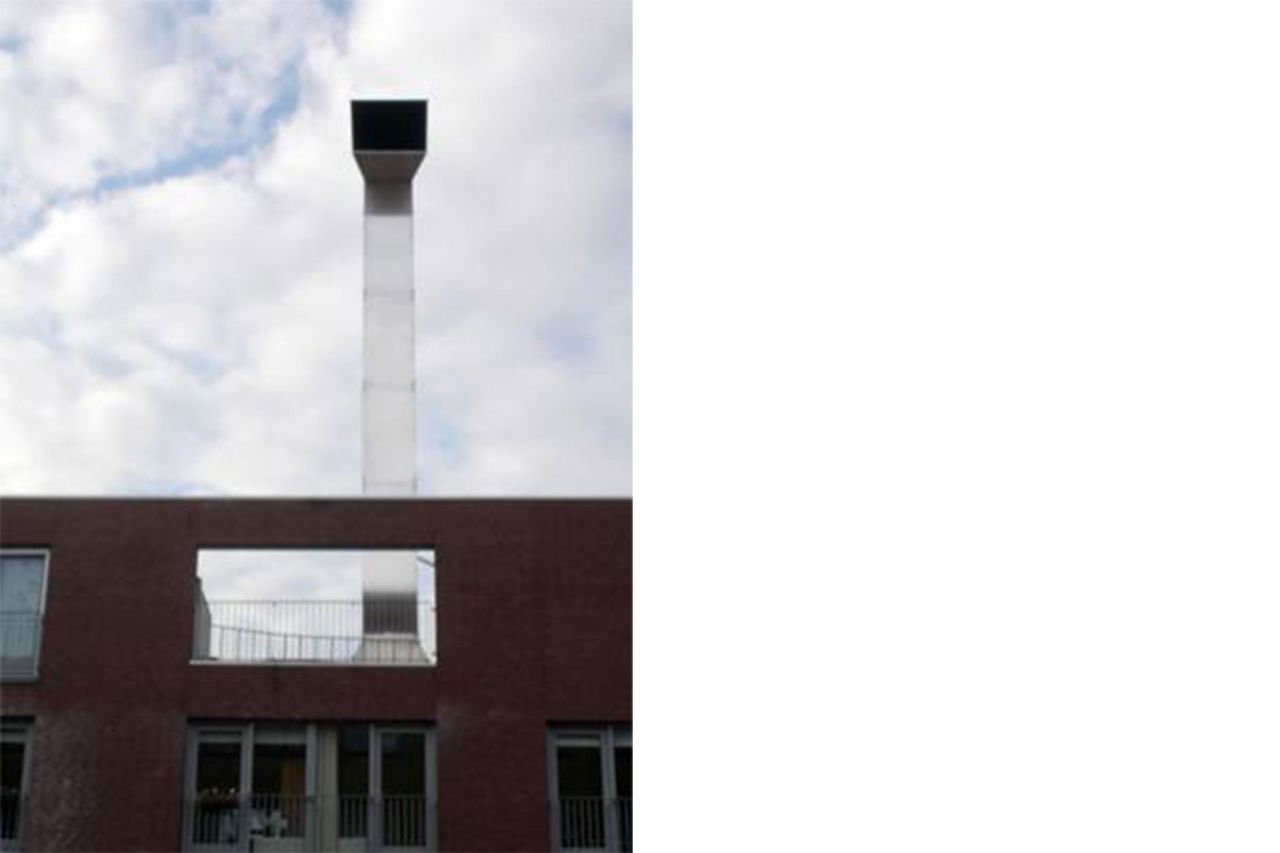 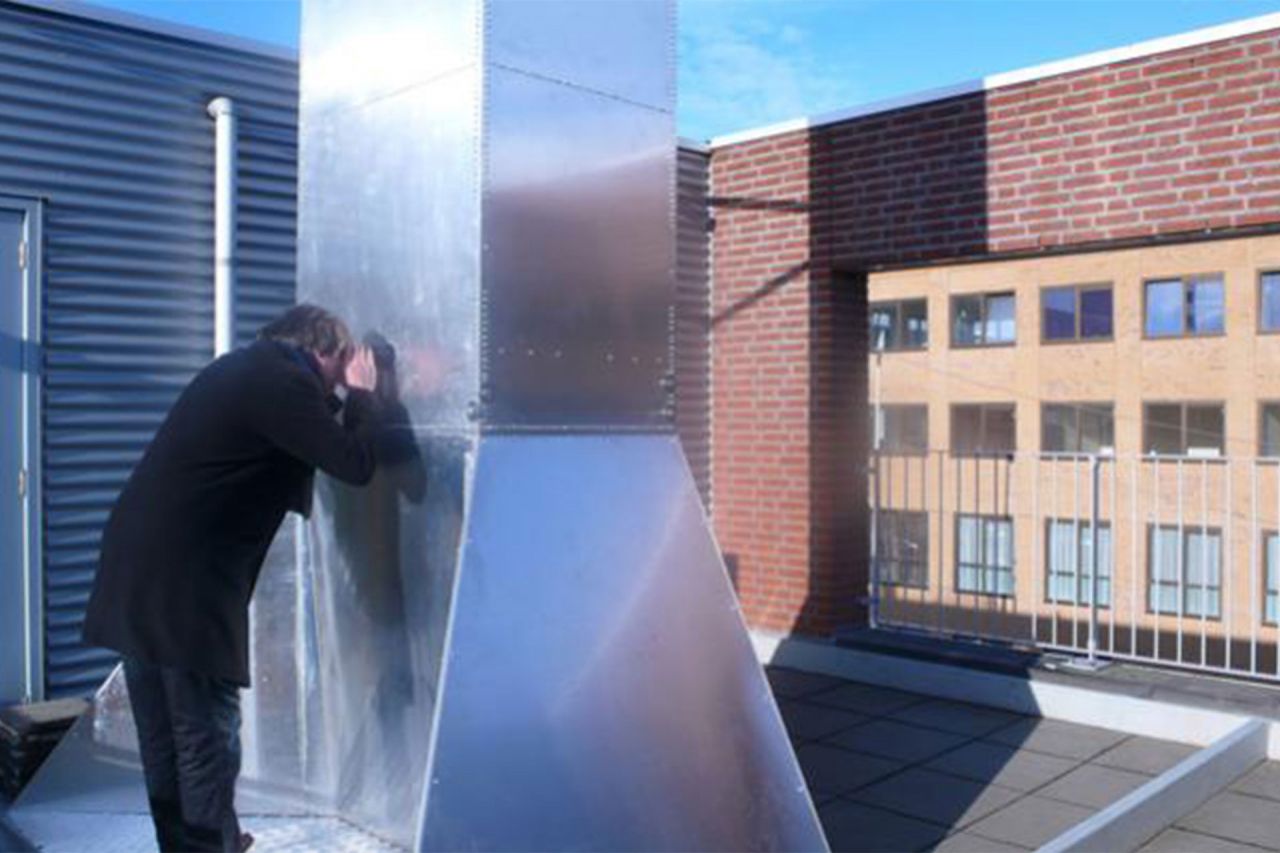 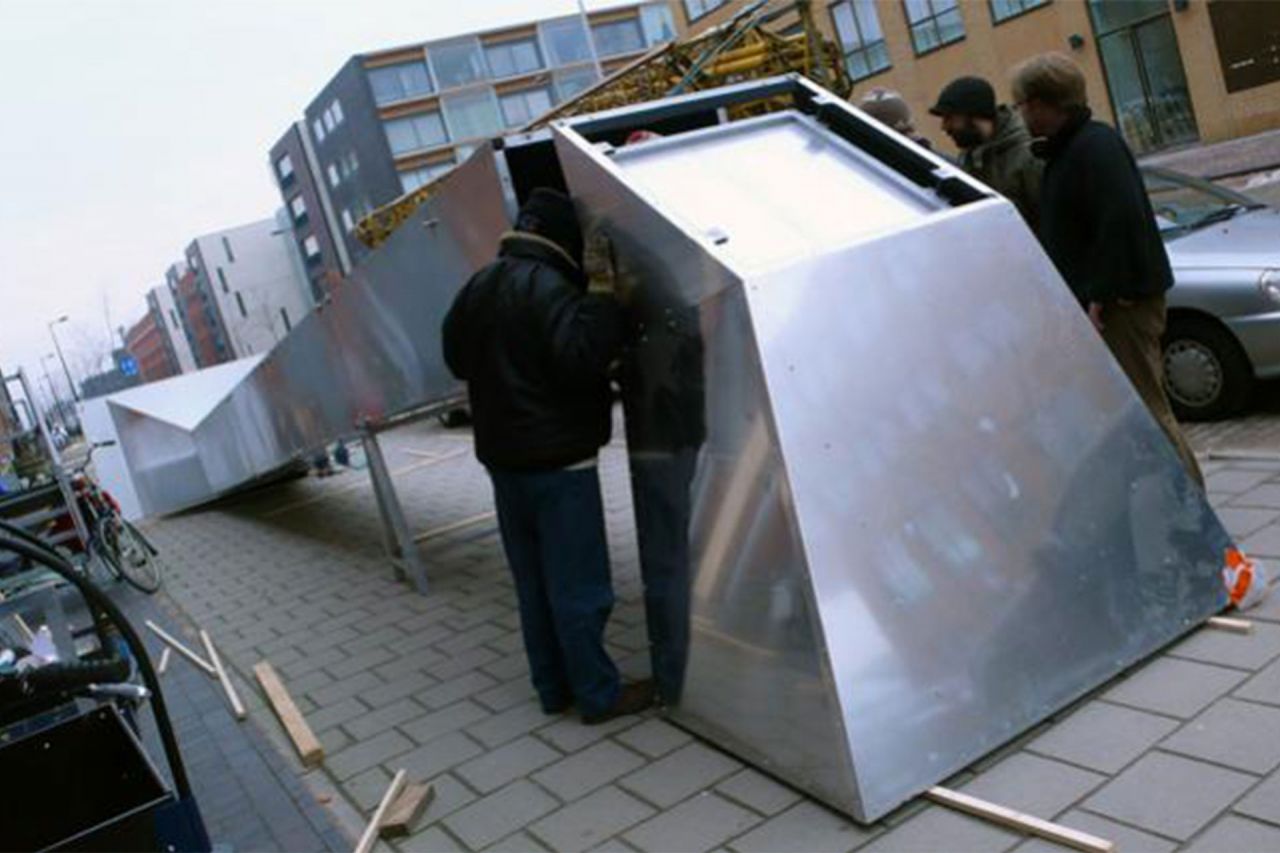 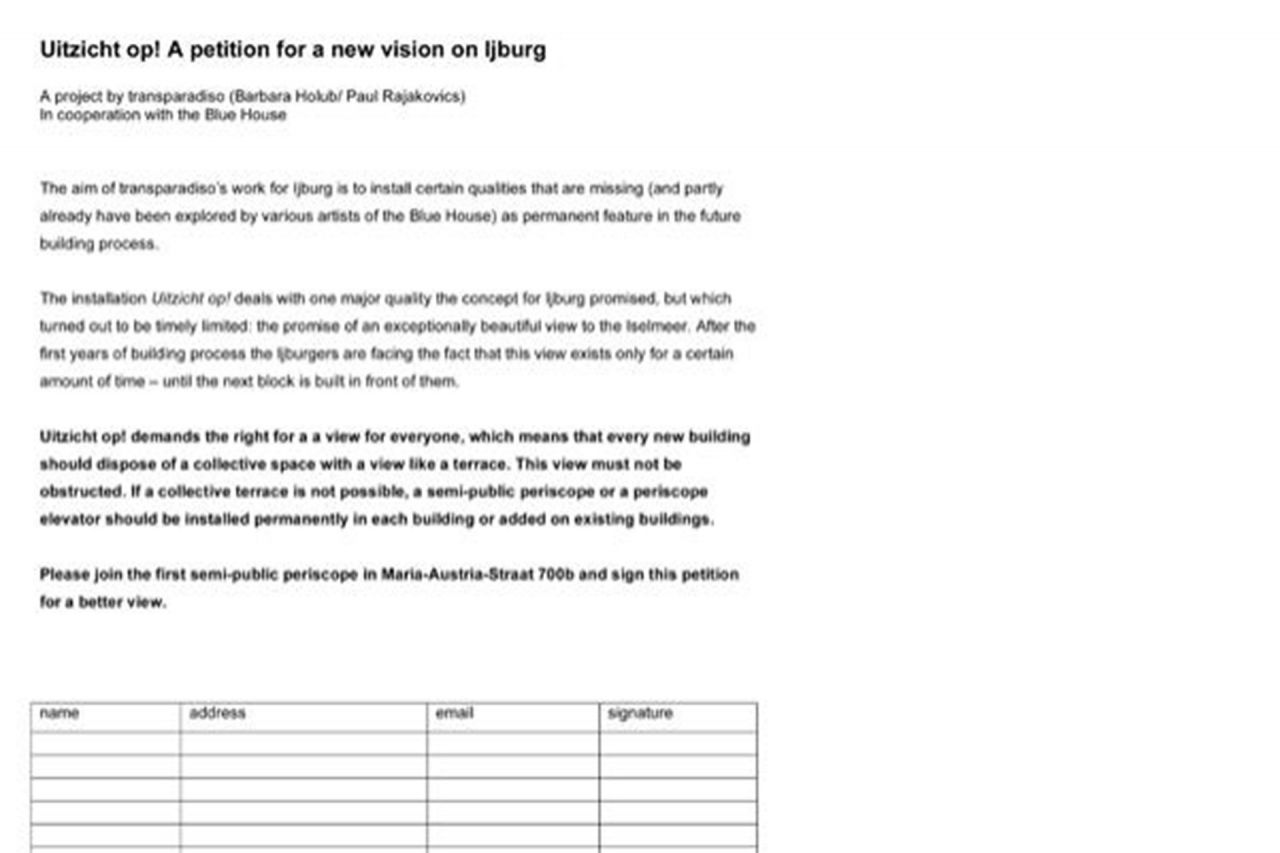 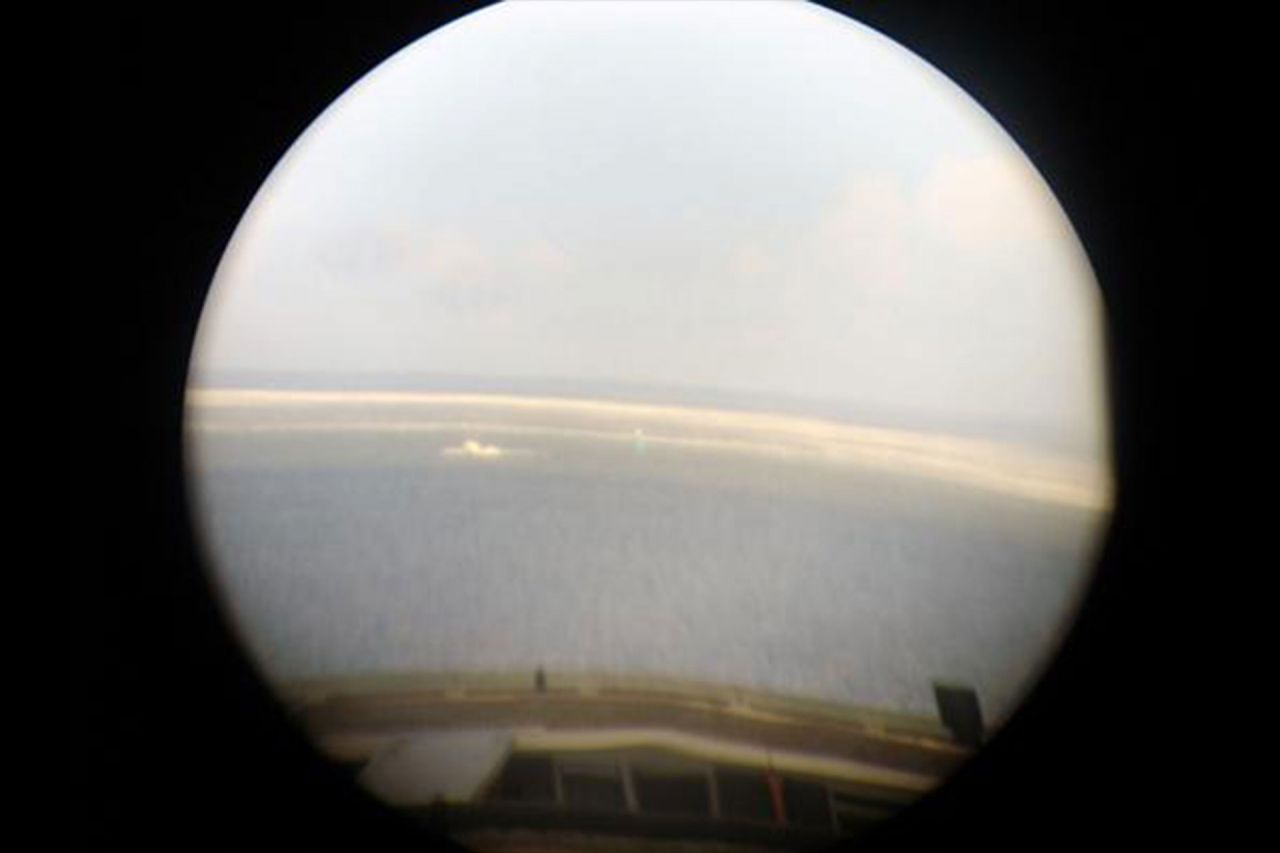 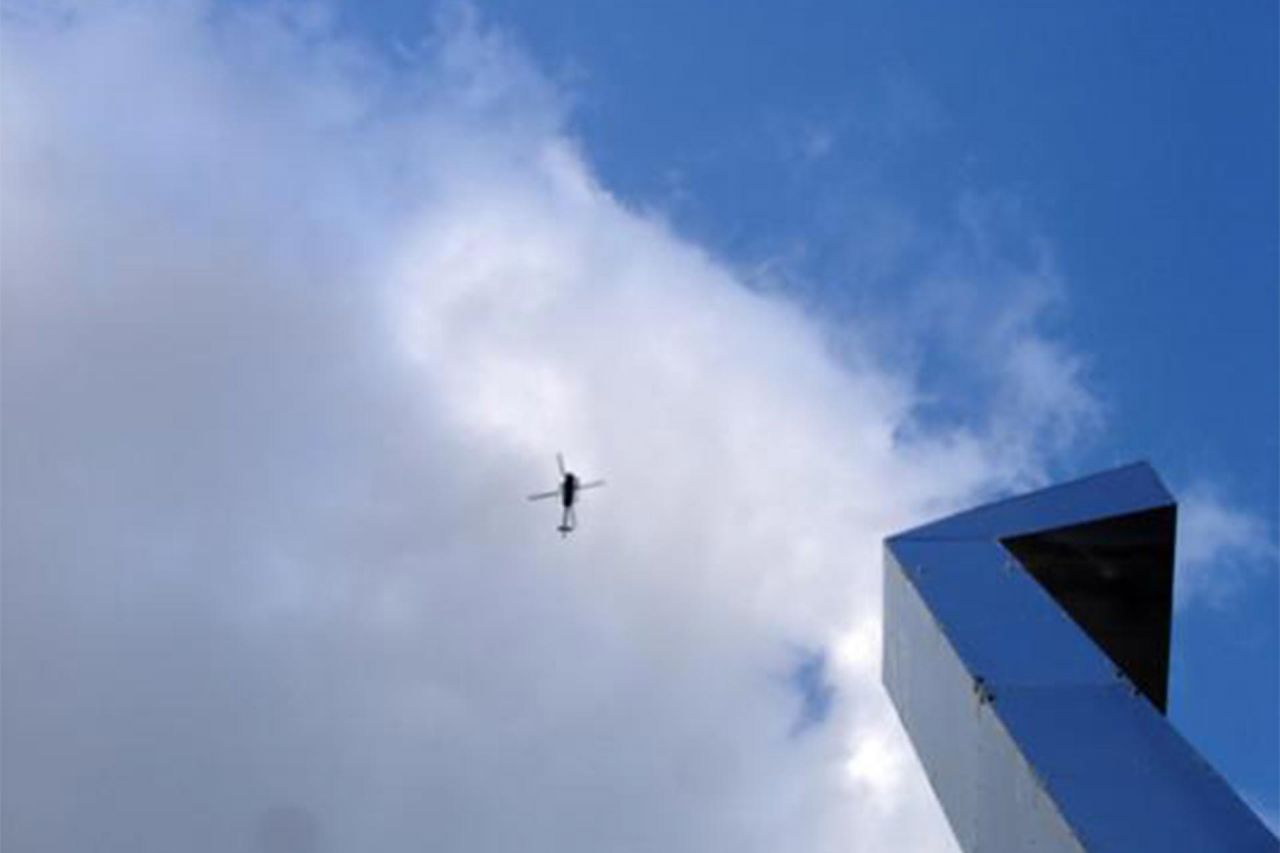 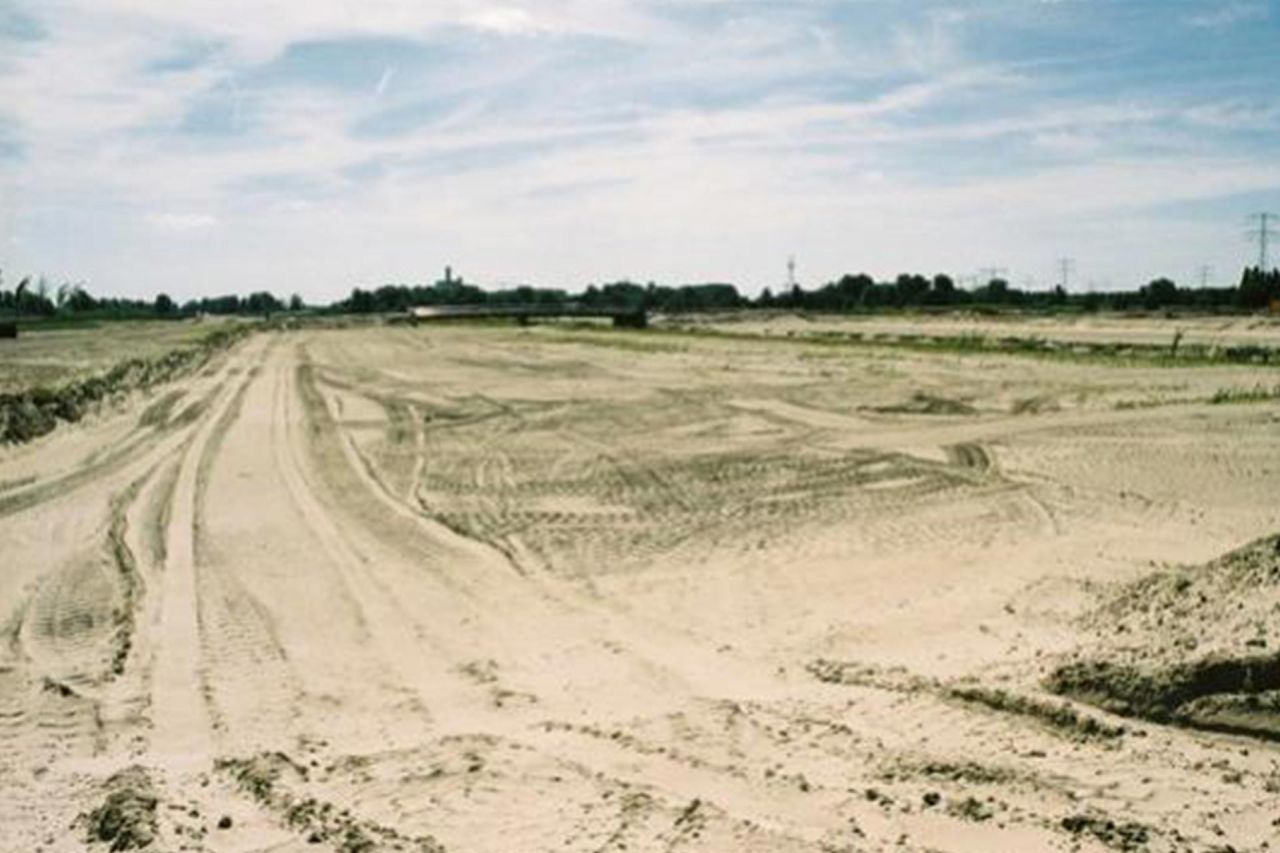 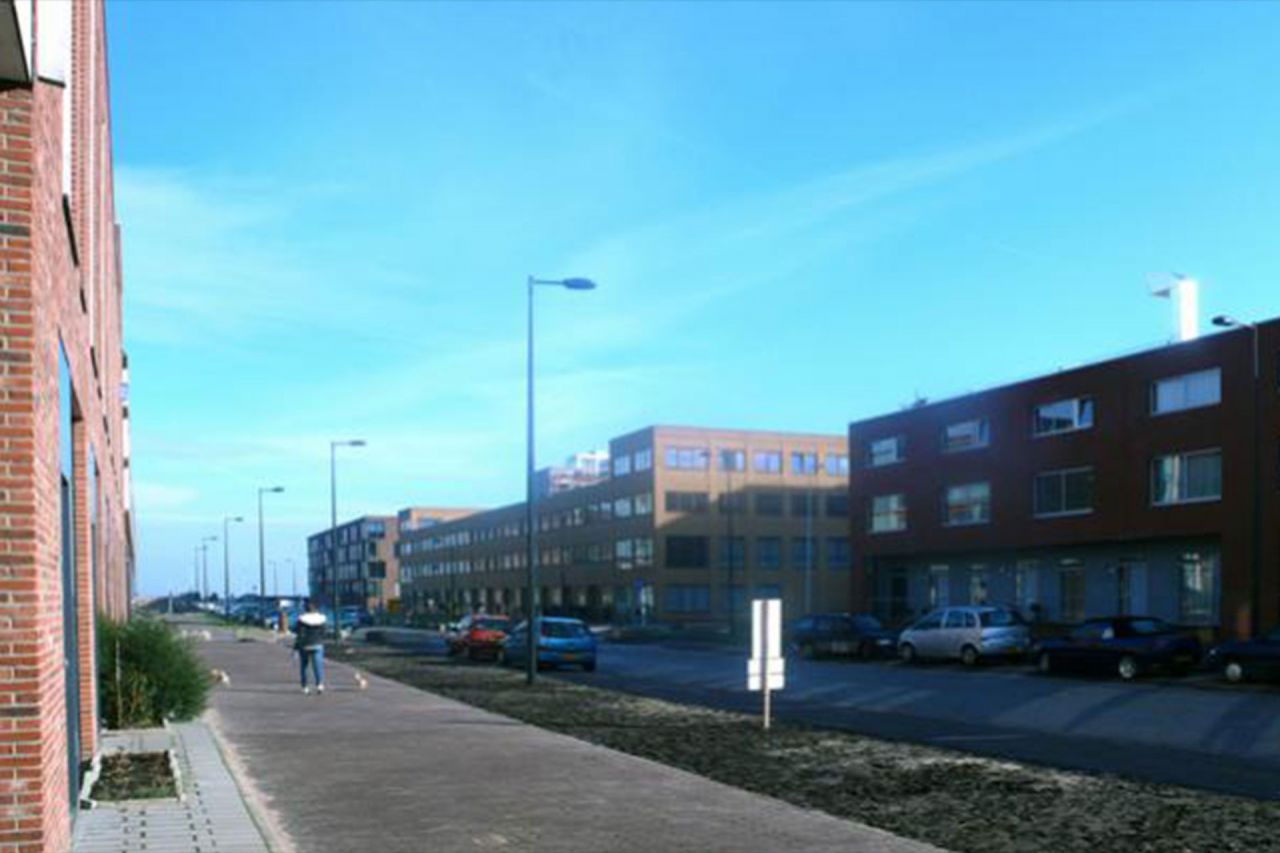 The public periscope "Uitzicht op!" was originally realized for the Blue House in Amsterdam-IJburg in 2009. Amsterdam-IJburg is a series of five islands currently being realized in the East of Amsterdam, in its final state creating a link to Almere. The pioneer spirit of gaining land from the sea was accompanied by the aim to create high standard living, yet being based on a conventional urban design with a block structure and the infrastructure being planned only for the next island.

From 2005-2009 this new urban development was accompanied by the Blue House by Jeanne van Heeswijk, to which the artist invited other artists and people from various professional backgrounds to deal with the complex issues of how to construct an urban living from scratch in a huge new urban development, addressing the shortcomings and discrepancies between vision and reality.

transparadiso focused on the consequences of urban planning, especially the promise of a view on the IJmeer as one of the most significant assets of this new urban development and its geographical location. But for many residents this view was a temporary privilege because the view continuously disappeared with the completion of IJburg. For this reason transparadiso have developed a periscope of urban format which returns the view to the IJburgers. The periscope was made publicly accessible by the owners of a private roof terrace for the duration of the project. With this temporary installation transparadiso started the discussion concerning the right of a view in the coming development stages of IJburg –for everyone in IJburg–with the goal to implement this feature in the further planning process. The project was accompanied by a petition for "more view", placing the right of a view as a democratic issue.