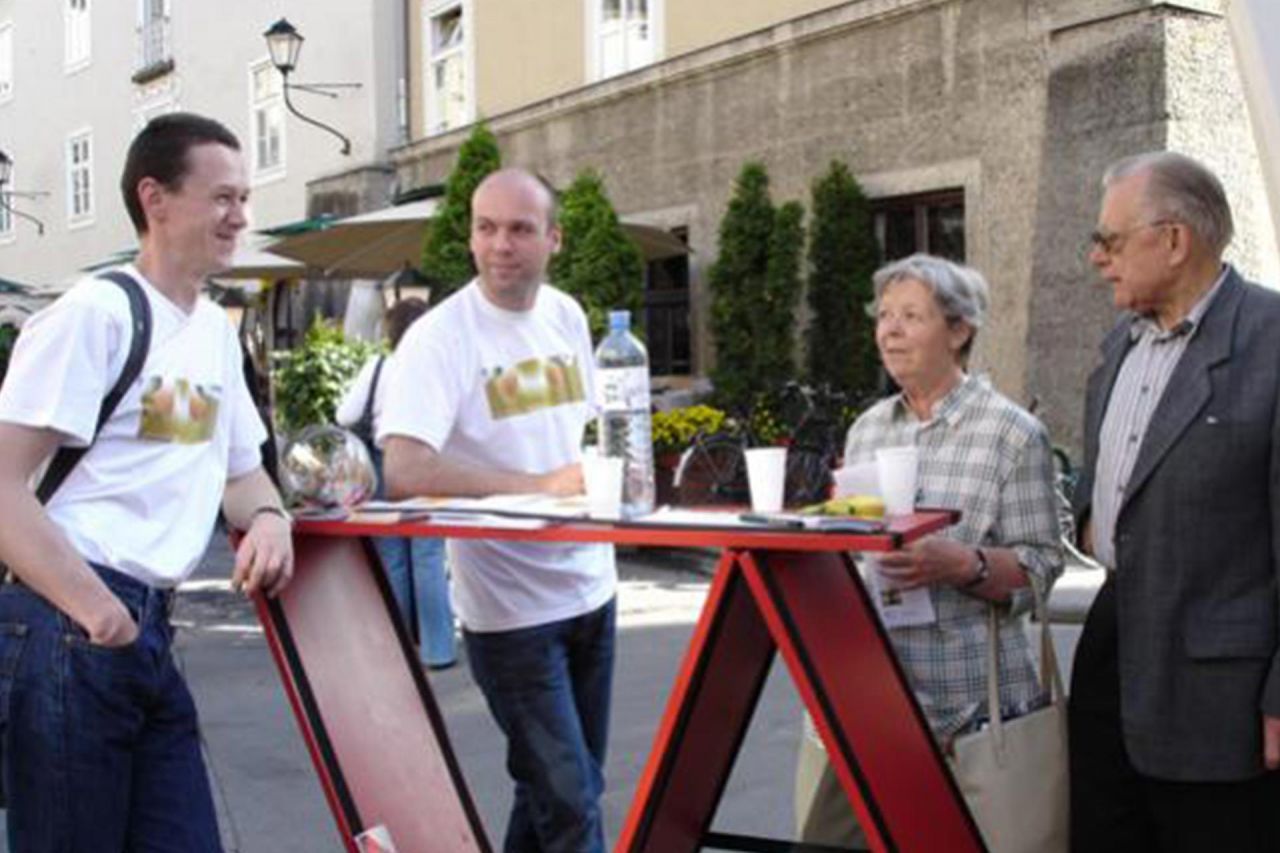 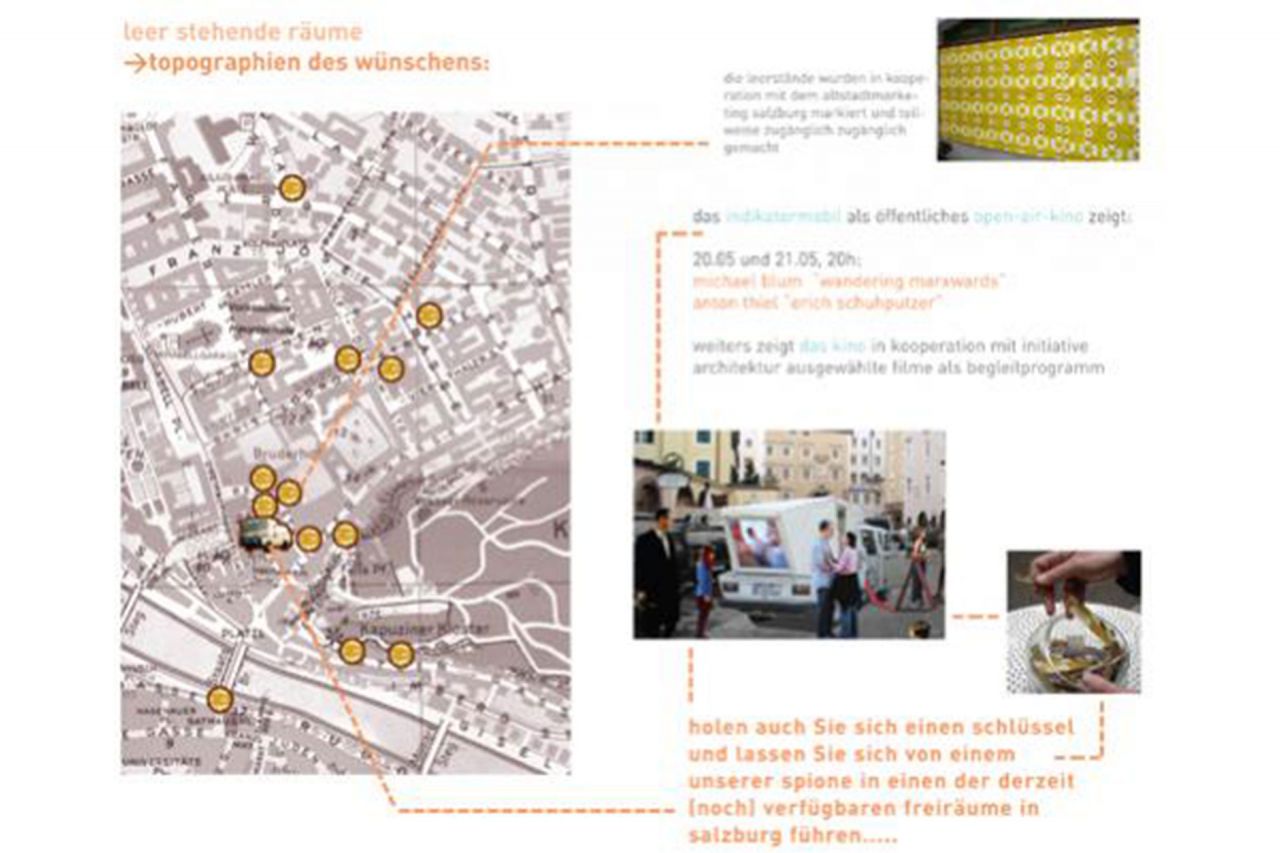 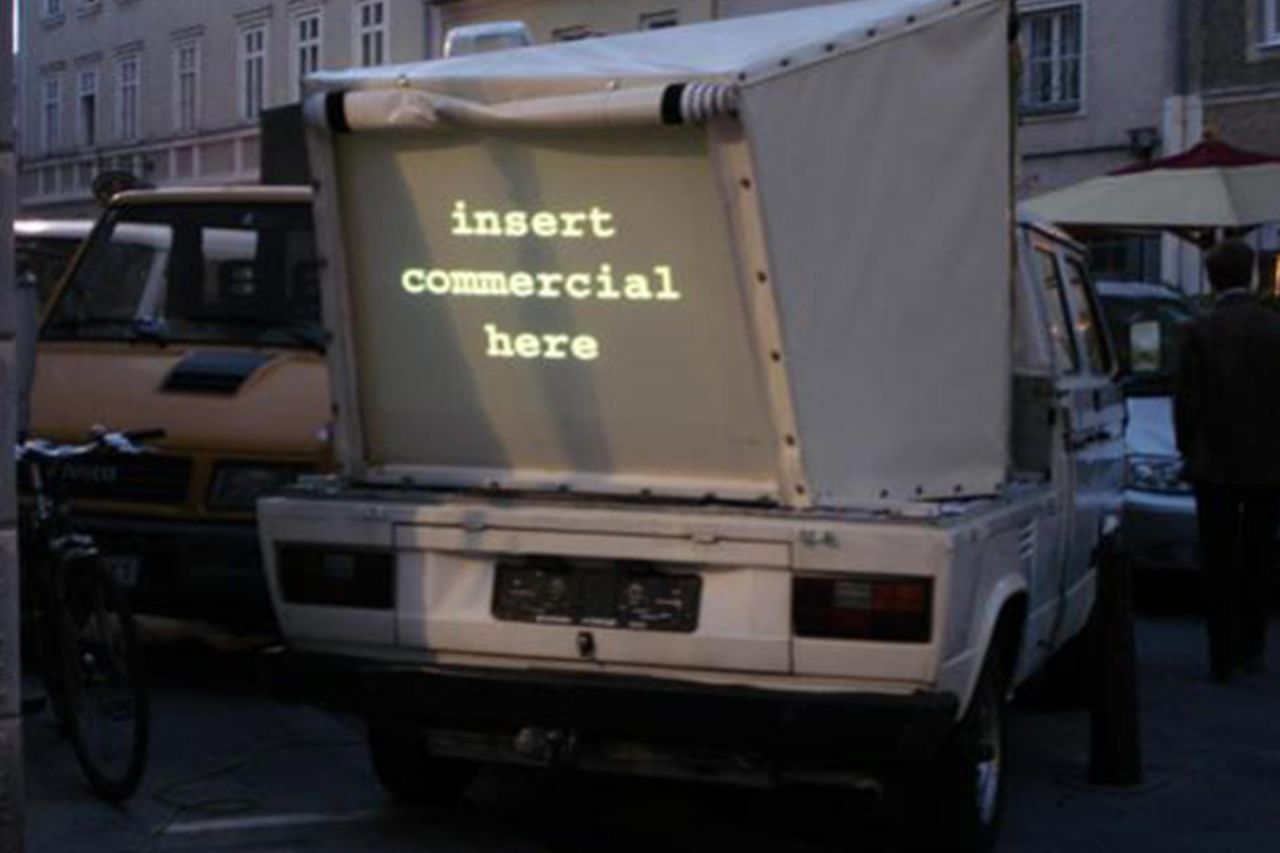 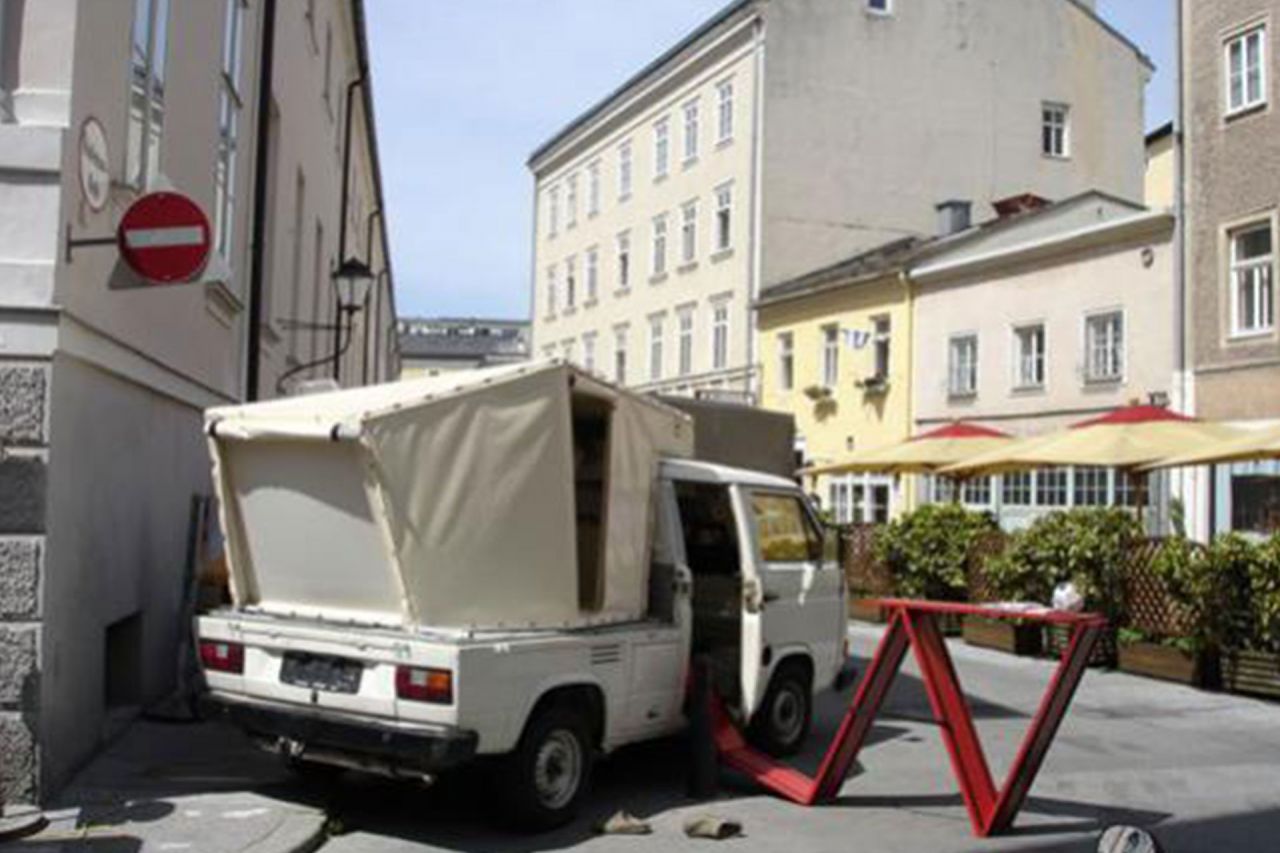 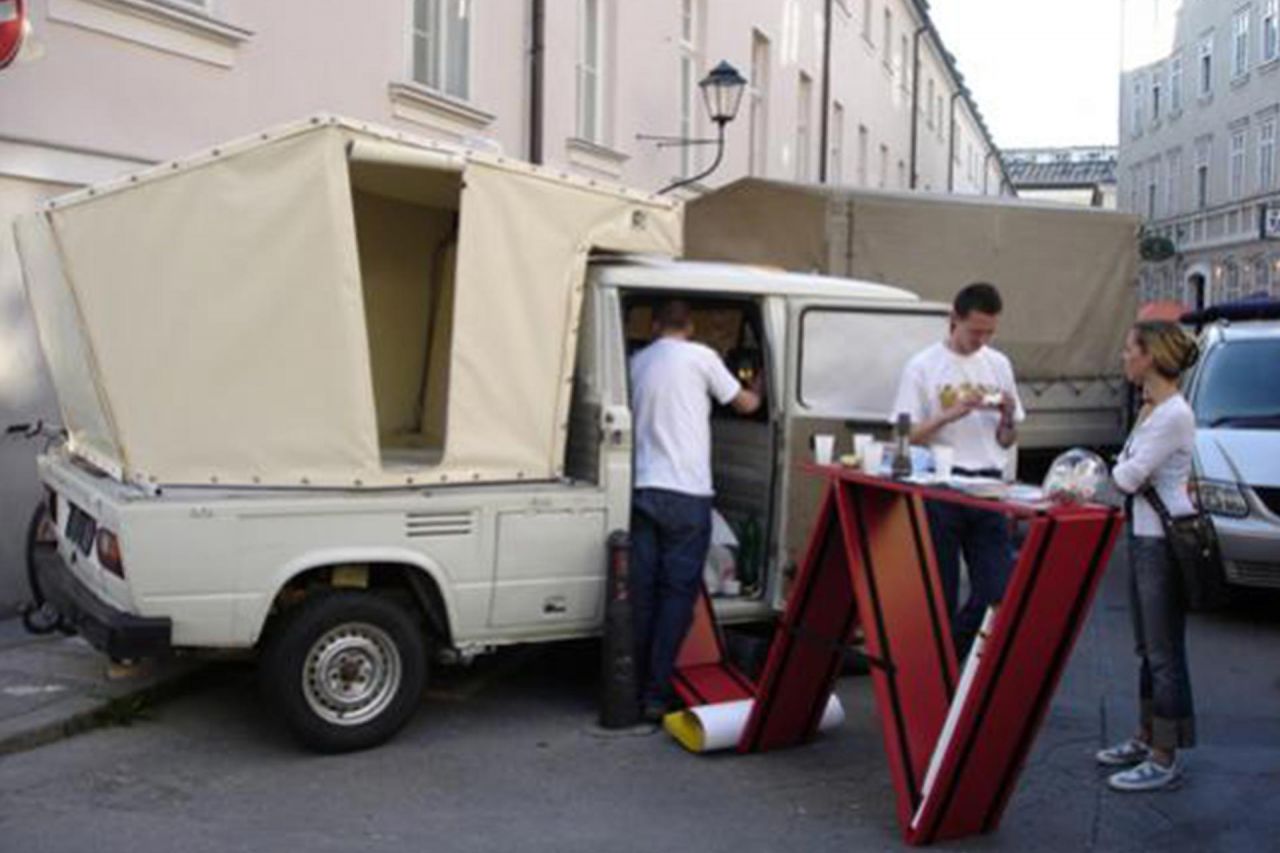 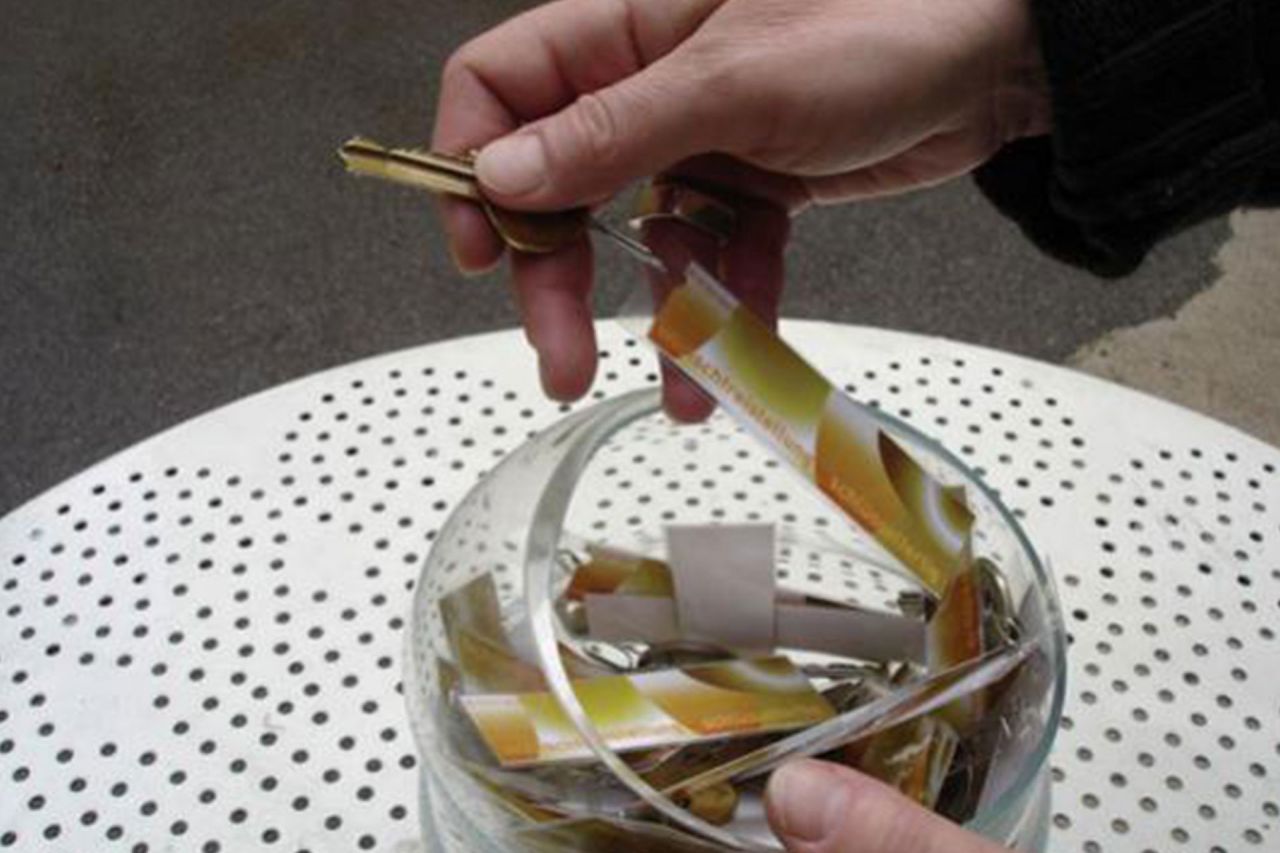 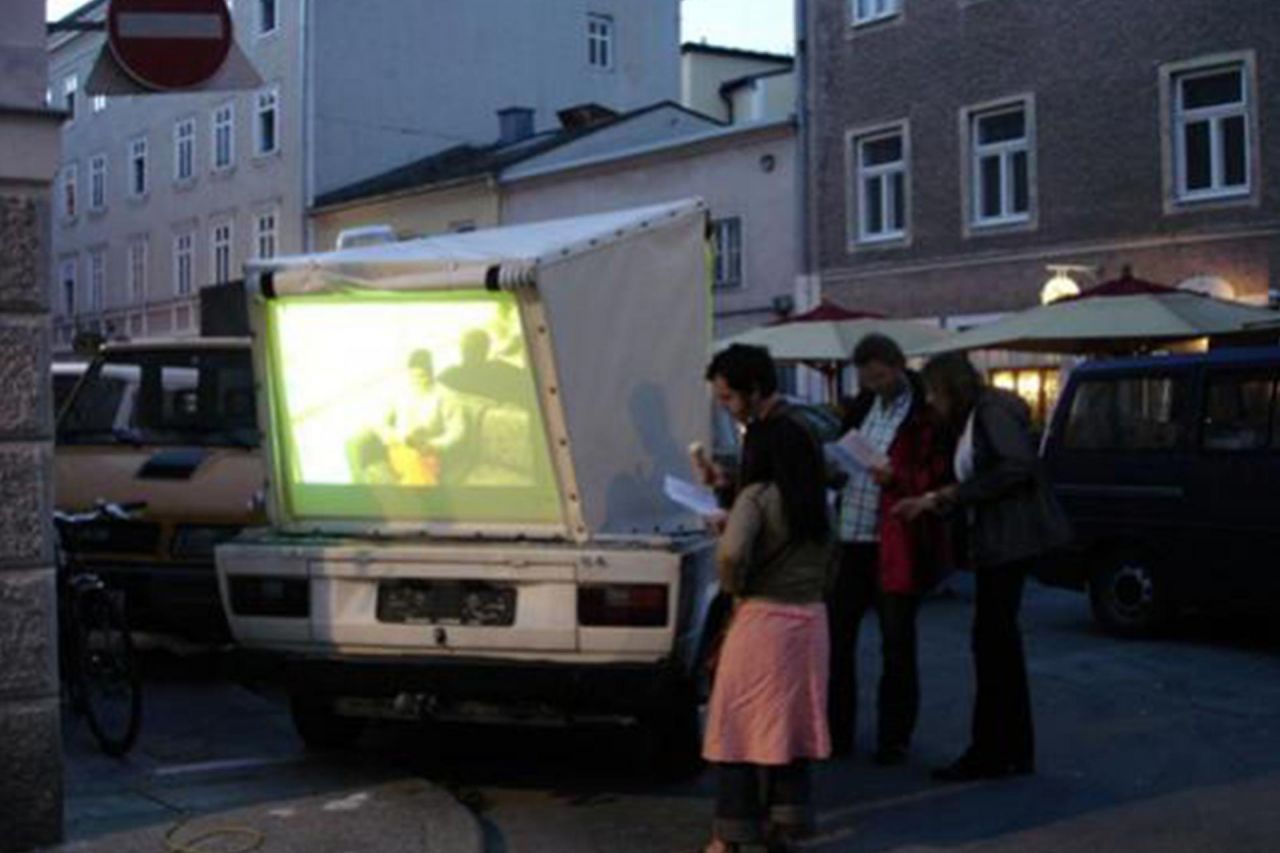 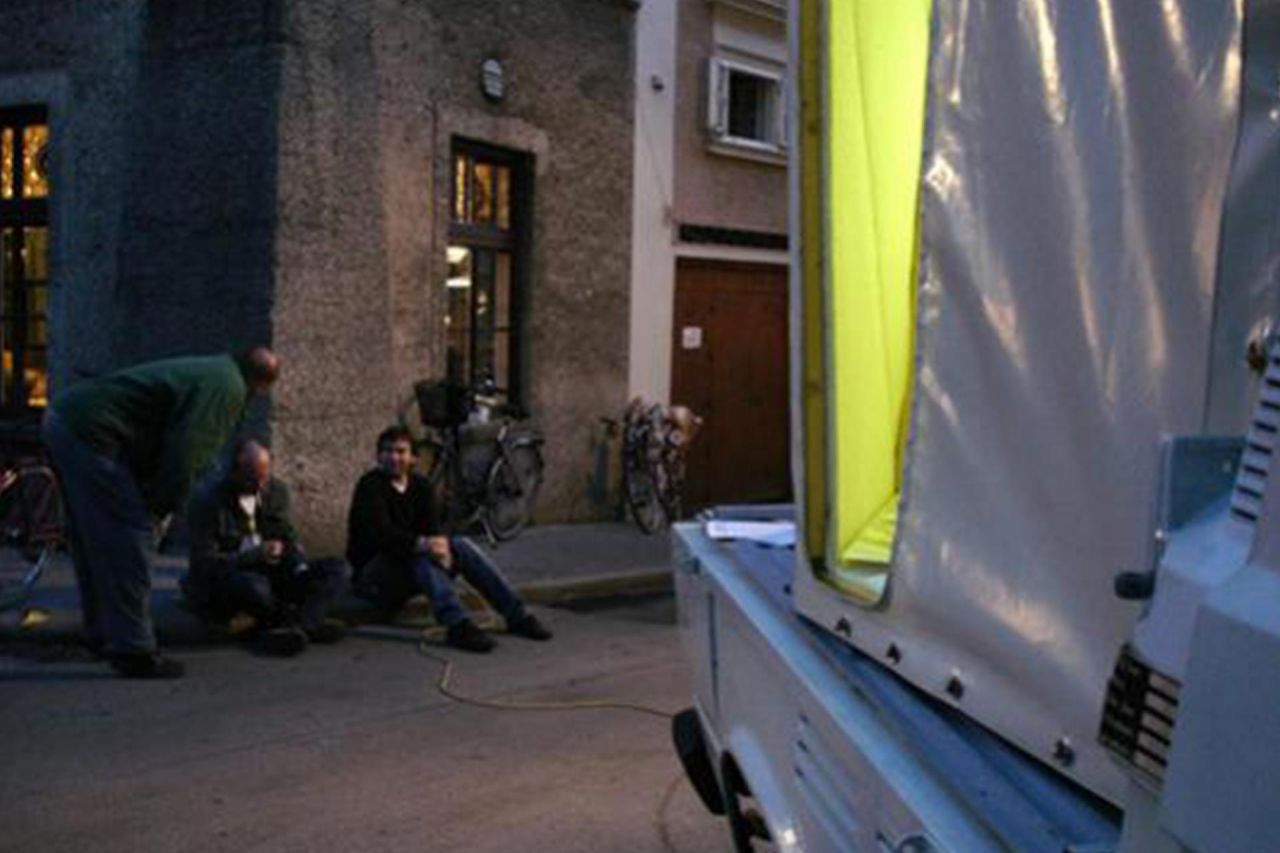 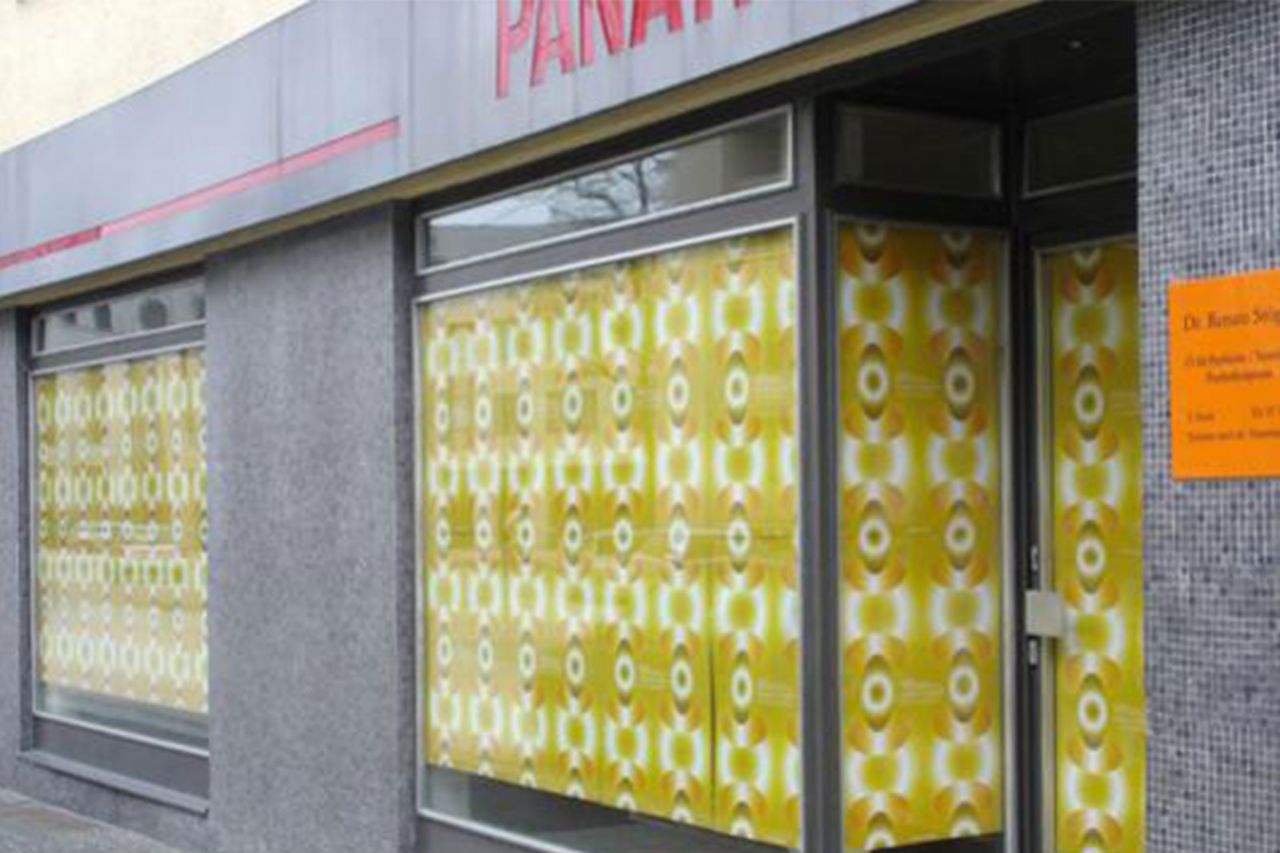 Trichtlinnburg dealt with the current situation of historic city centres and their relationship to tourism. transparadiso focussed on the problematic of empty storefronts in Salzburg which results from the dominance of business predominantly related to tourism, excluding other possible uses by exaggerated rents. This creates a monofunctional city centre where the local people are turned into visitors within their own city.

transparadiso marked the empty storefronts with posters as sites of intervention. Like the announcement of “sales”, the posters (with their design referring to wallpapers) covered up the shop windows and created interest in the space behind. The stigma of emptiness was transformed into sites of desire, where personal wishes for potential uses could be expressed on site. The Indikatormobil, an urban emergency vehicle, acted as mediator for discussing this problem and as headquarter for “releasing wishes”. Here keys to the stores (without address) and maps of the sites were distributed. So-called “wish advisors” helped to develop wishes for the specific stores, transgressing the limits of generic uses based on tourism. A radio jingle was released with a special sound collage, already suggesting unexpected uses. In the evening the Indikatormobil served as projection space for a video program focussing on shopping and consumption.