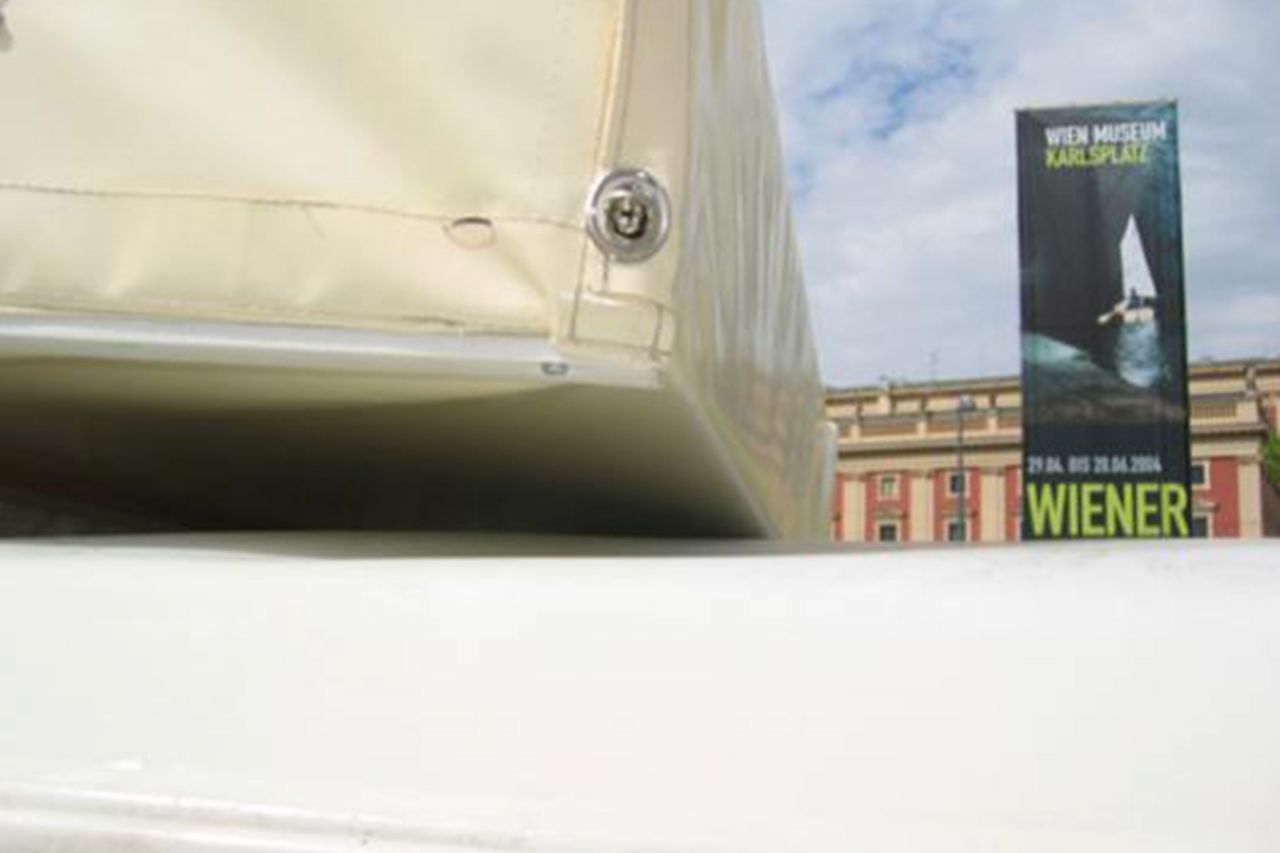 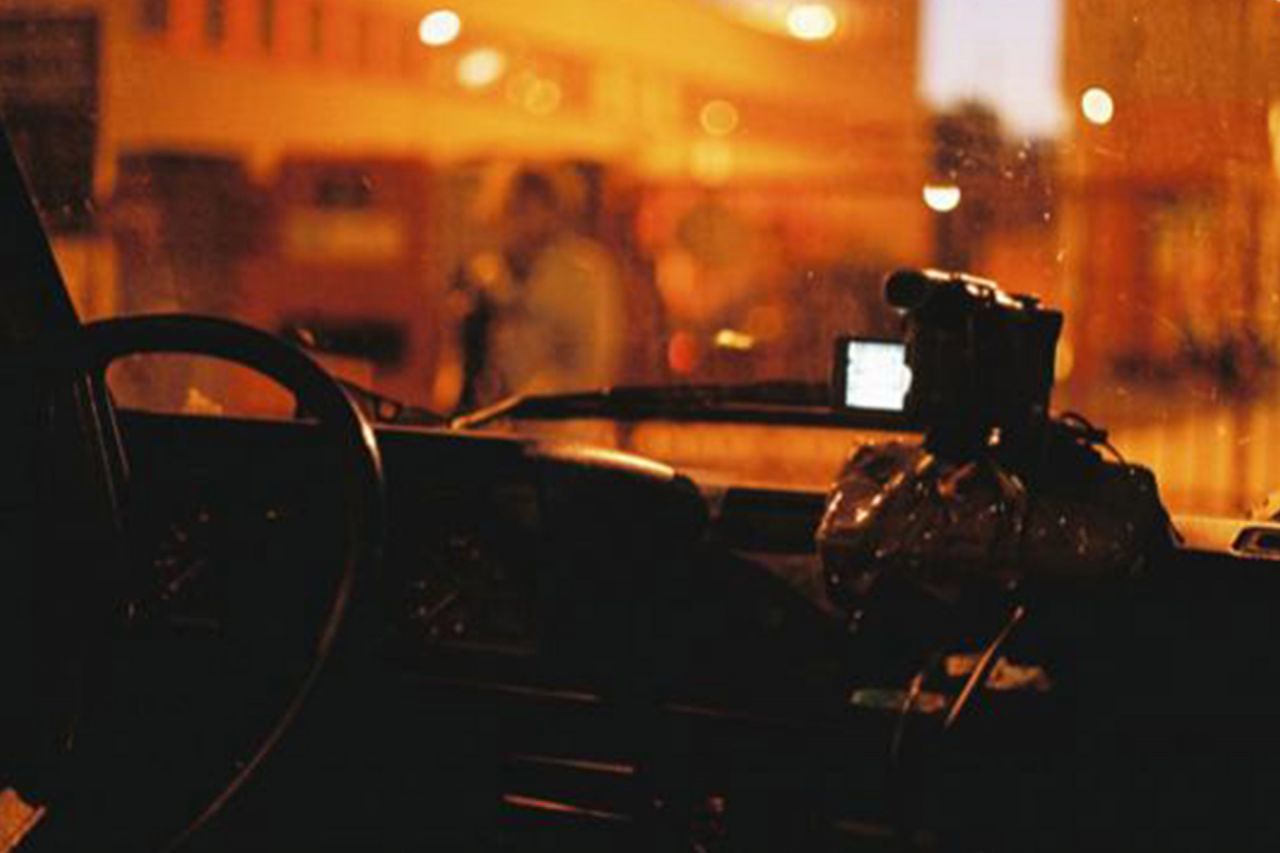 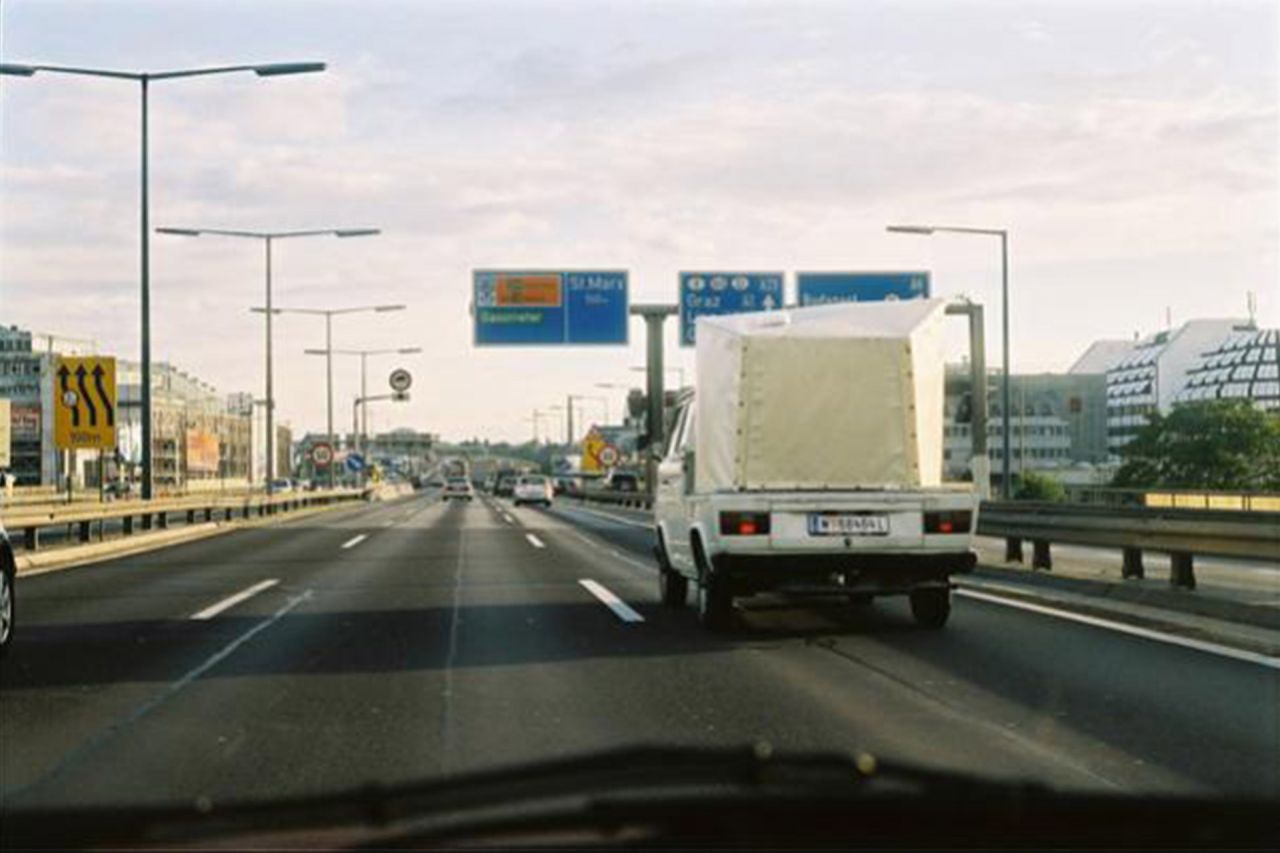 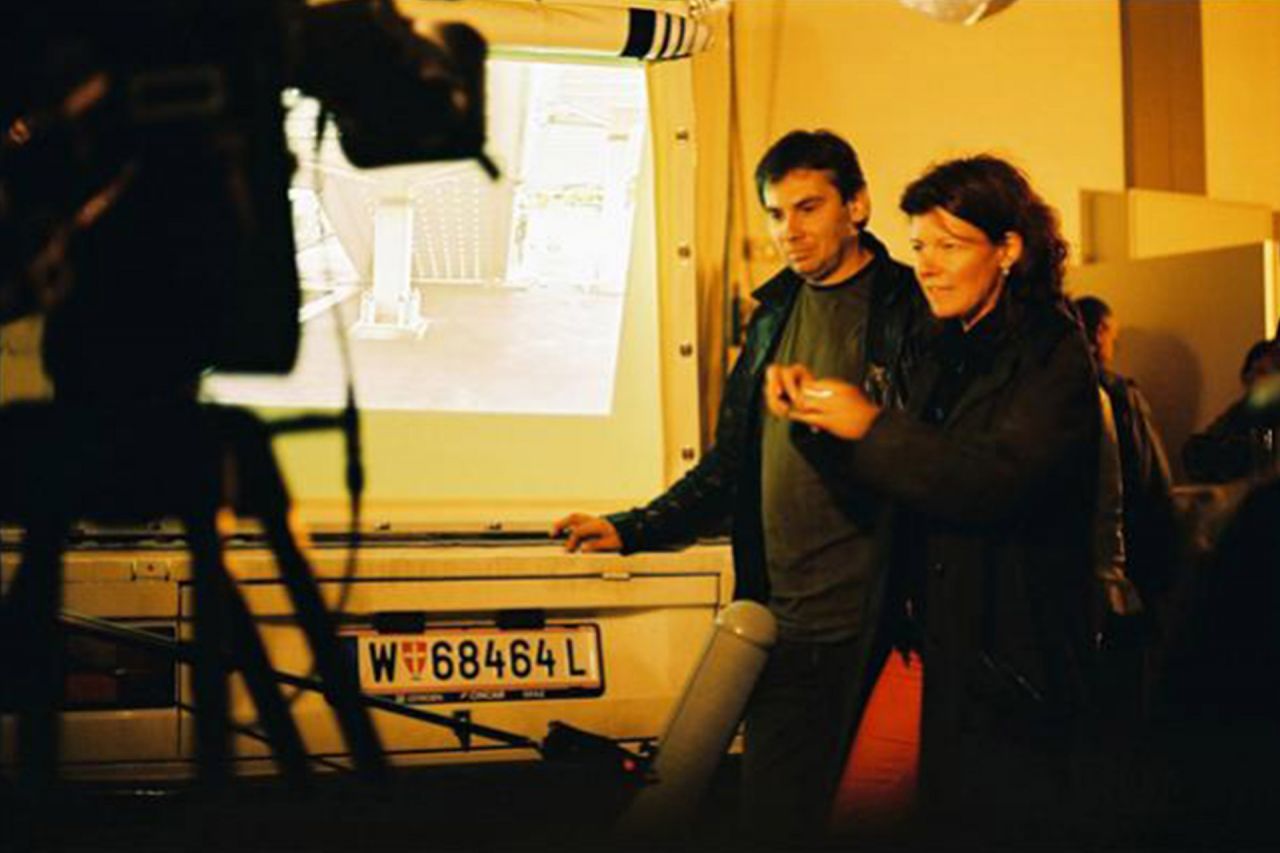 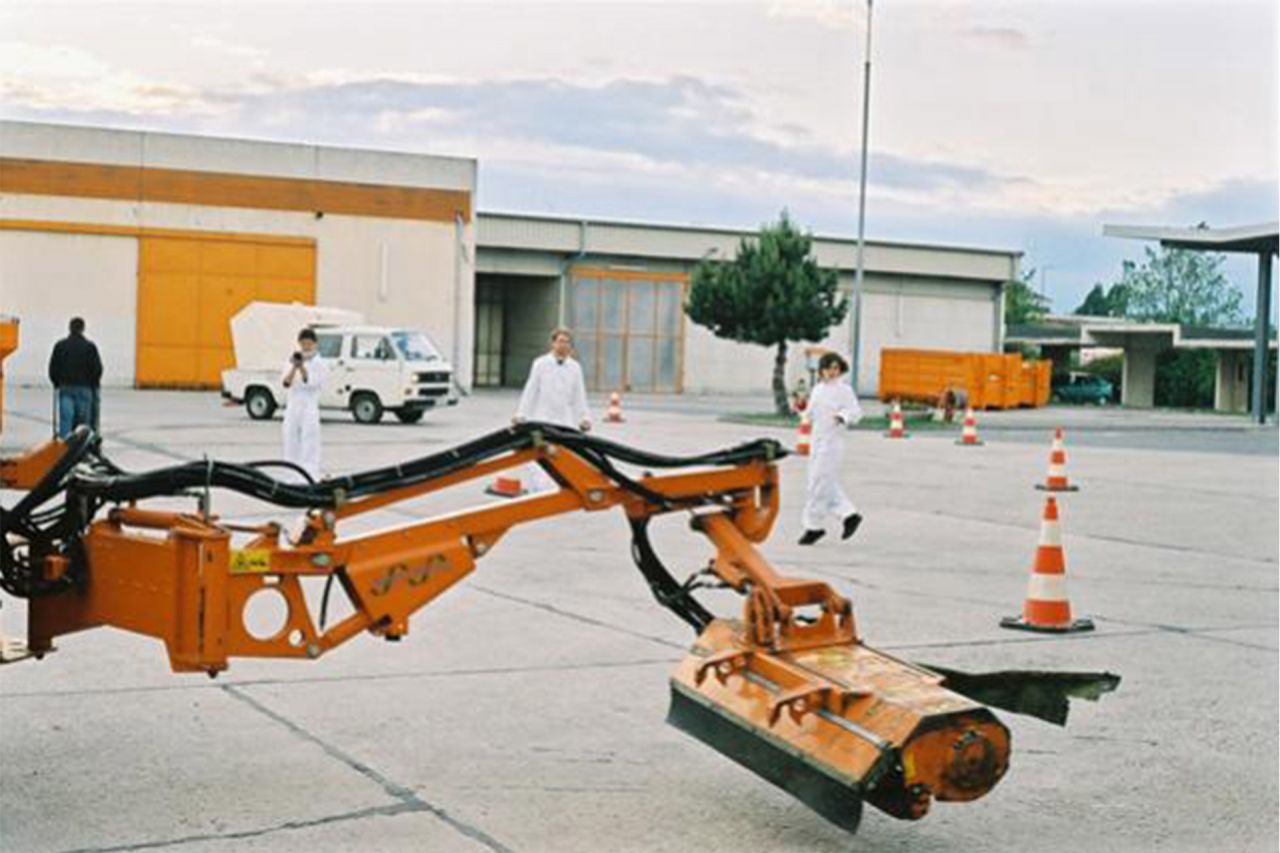 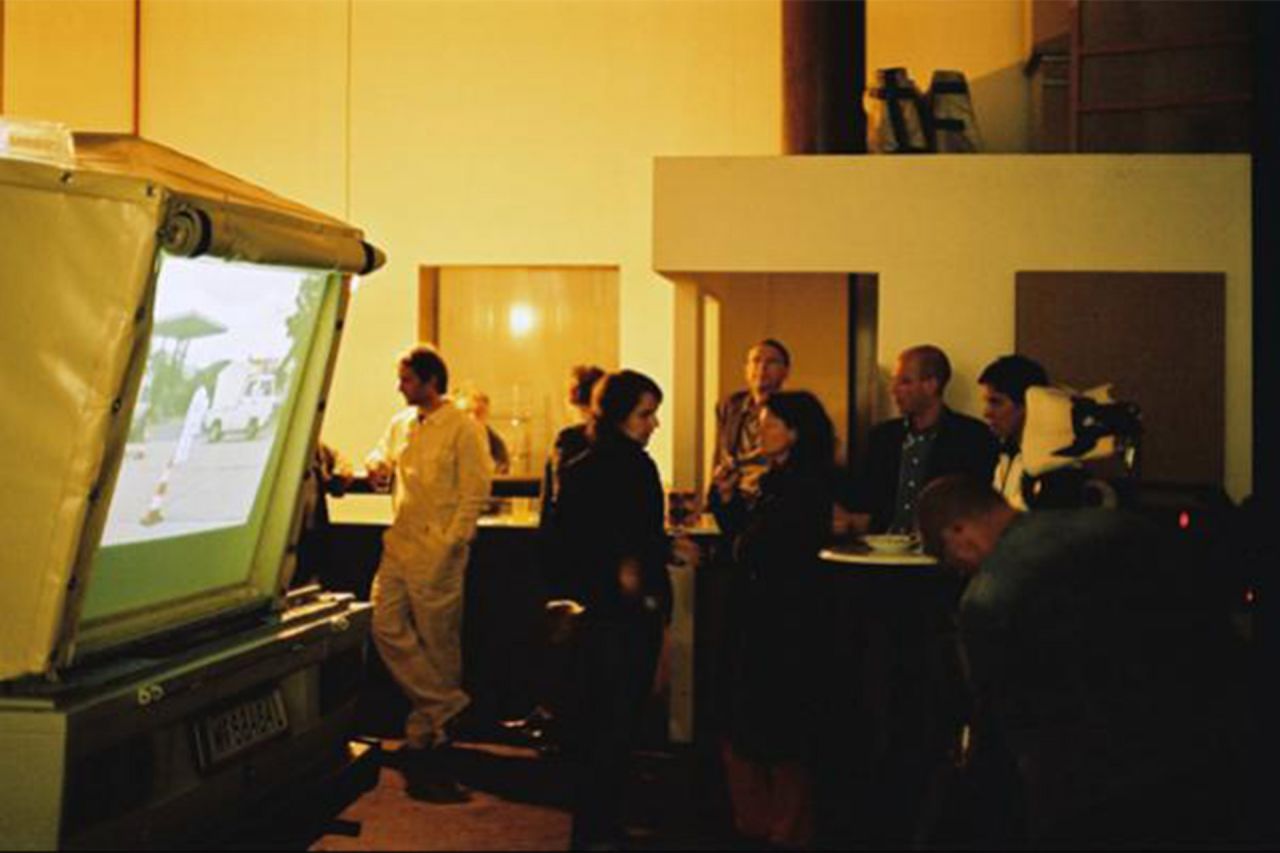 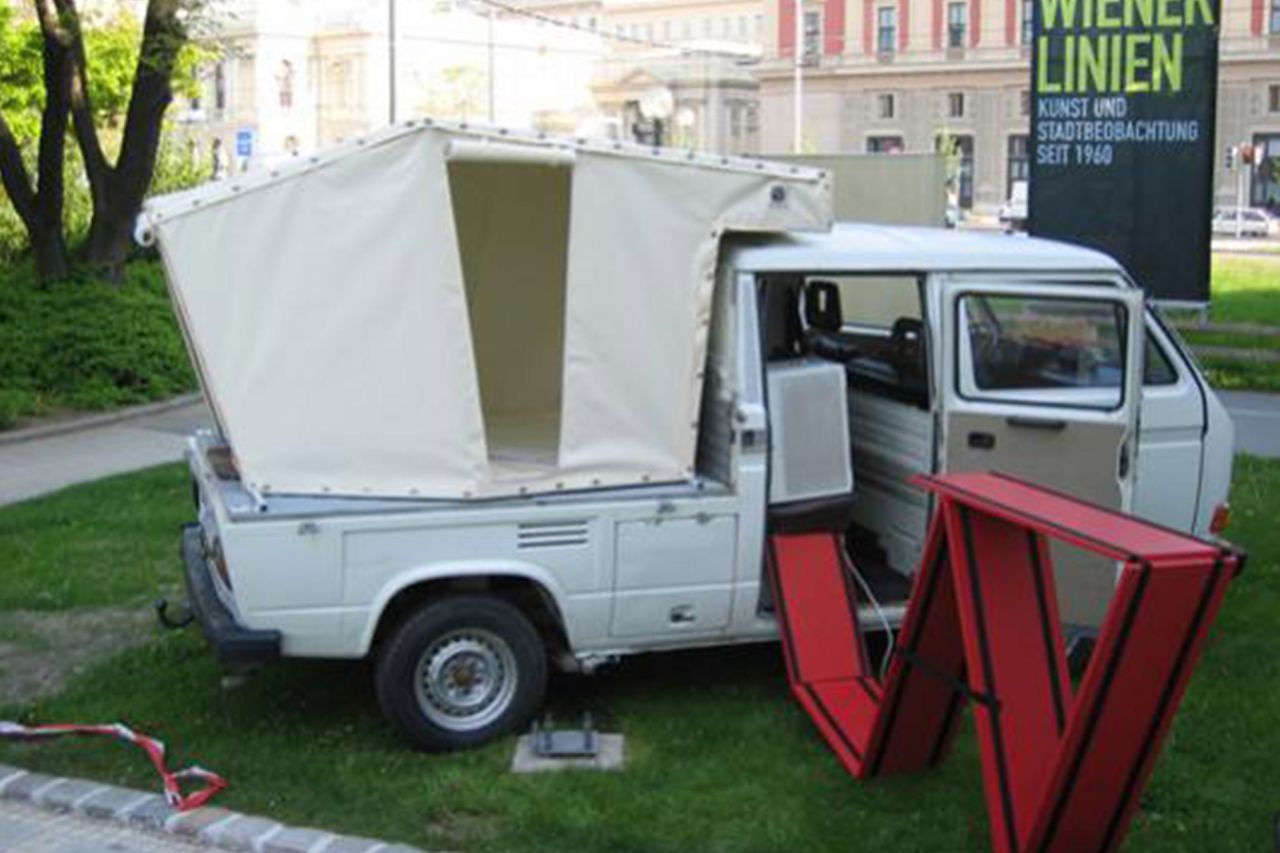 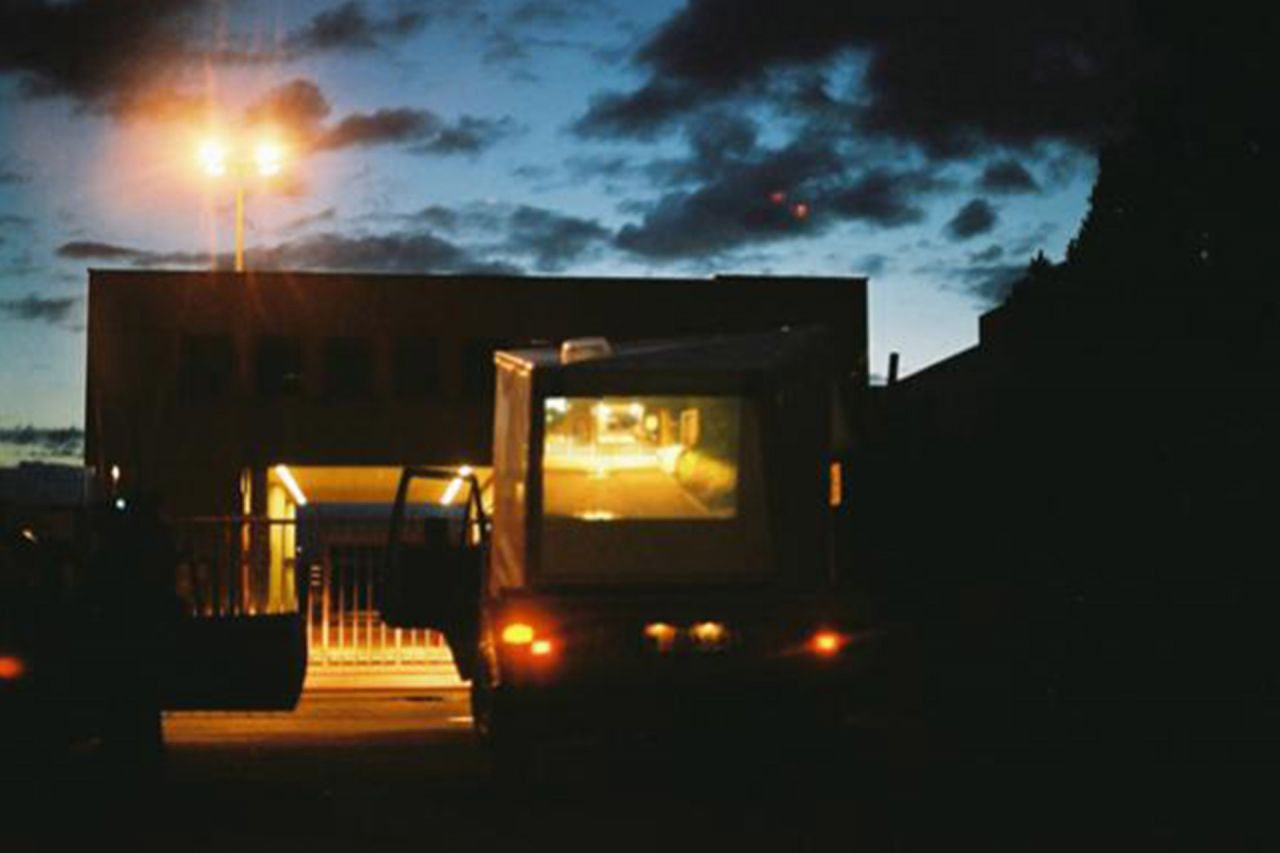 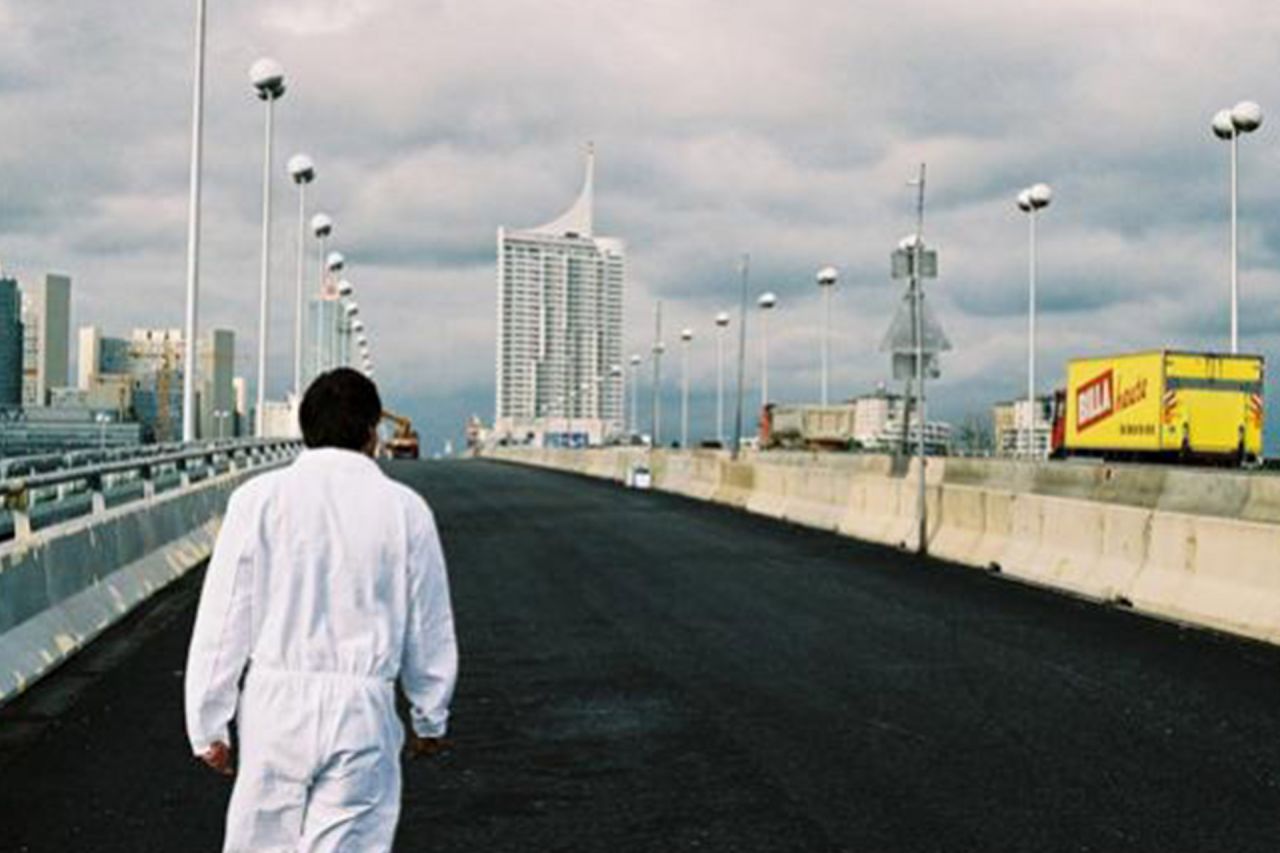 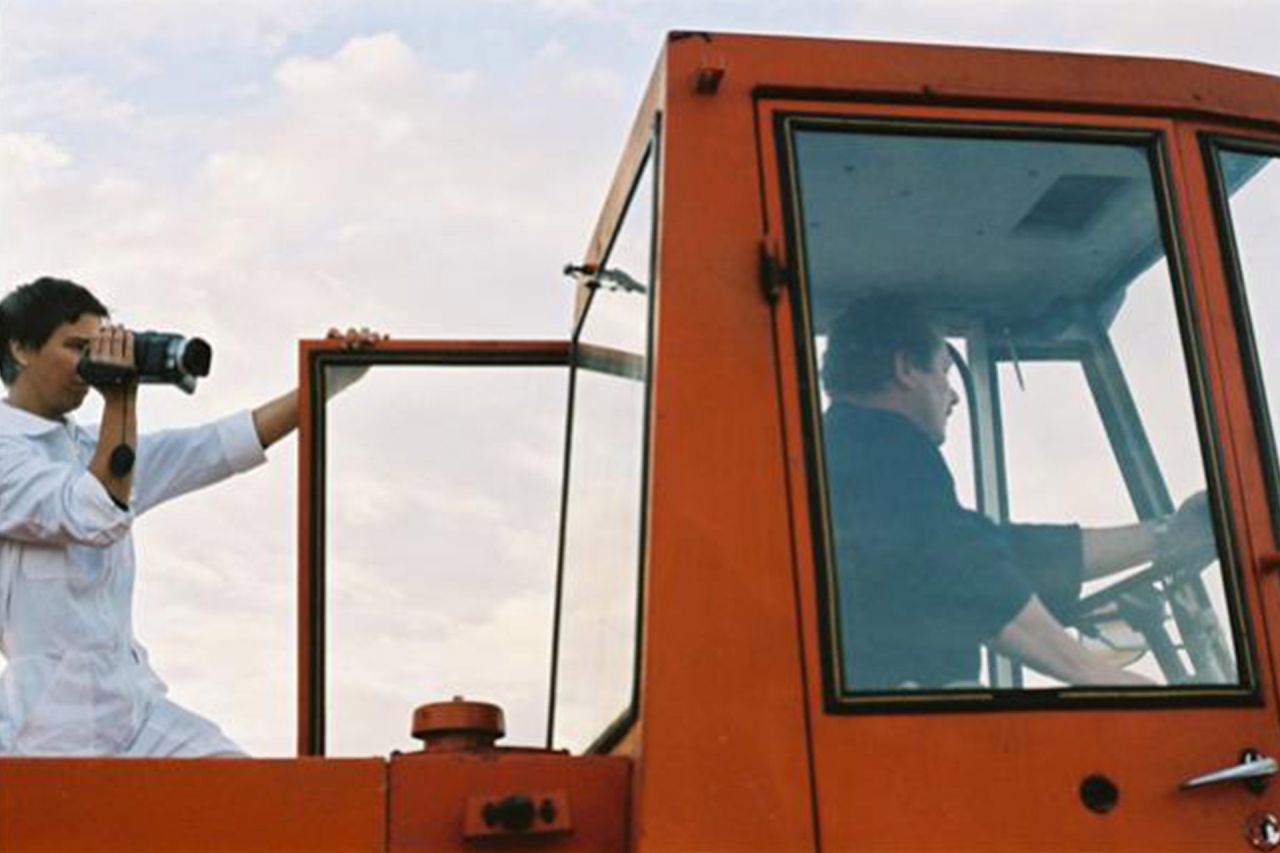 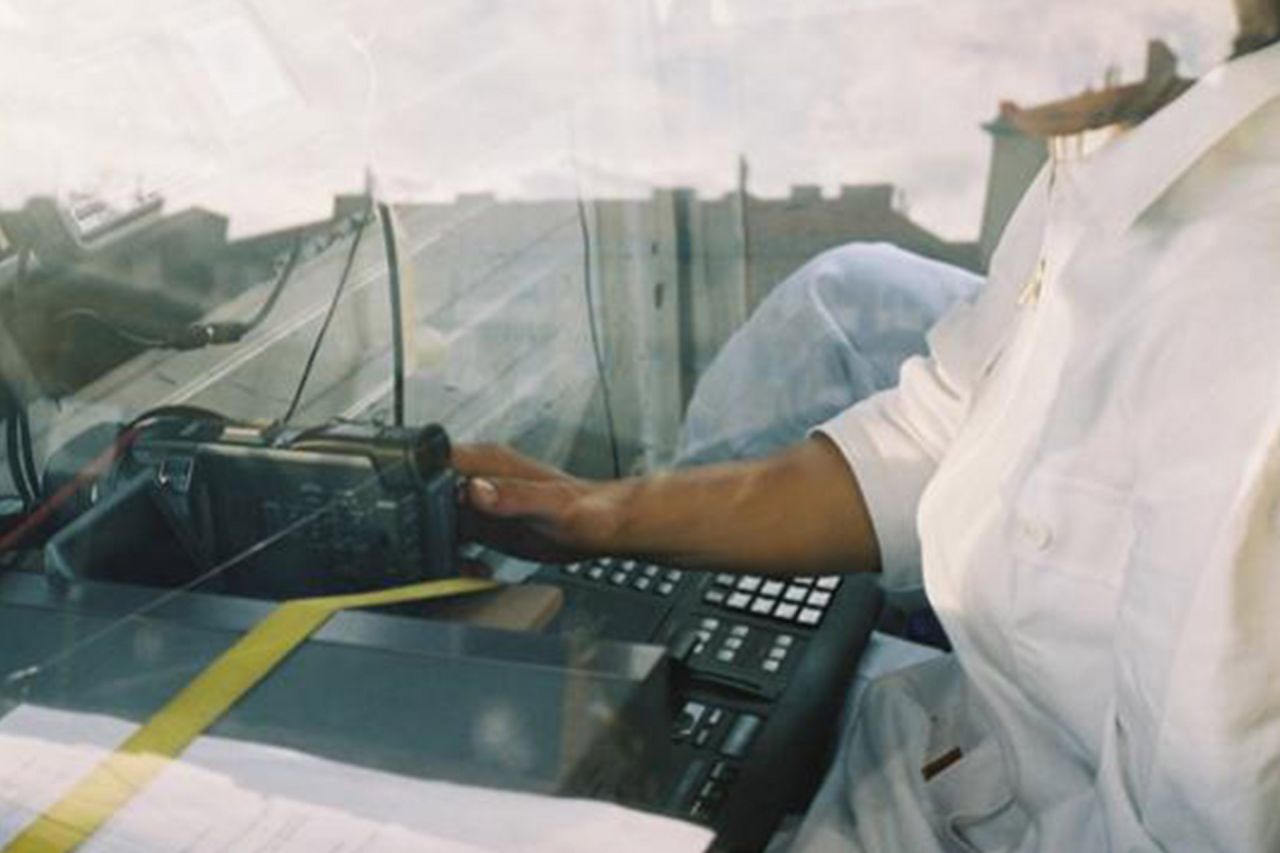 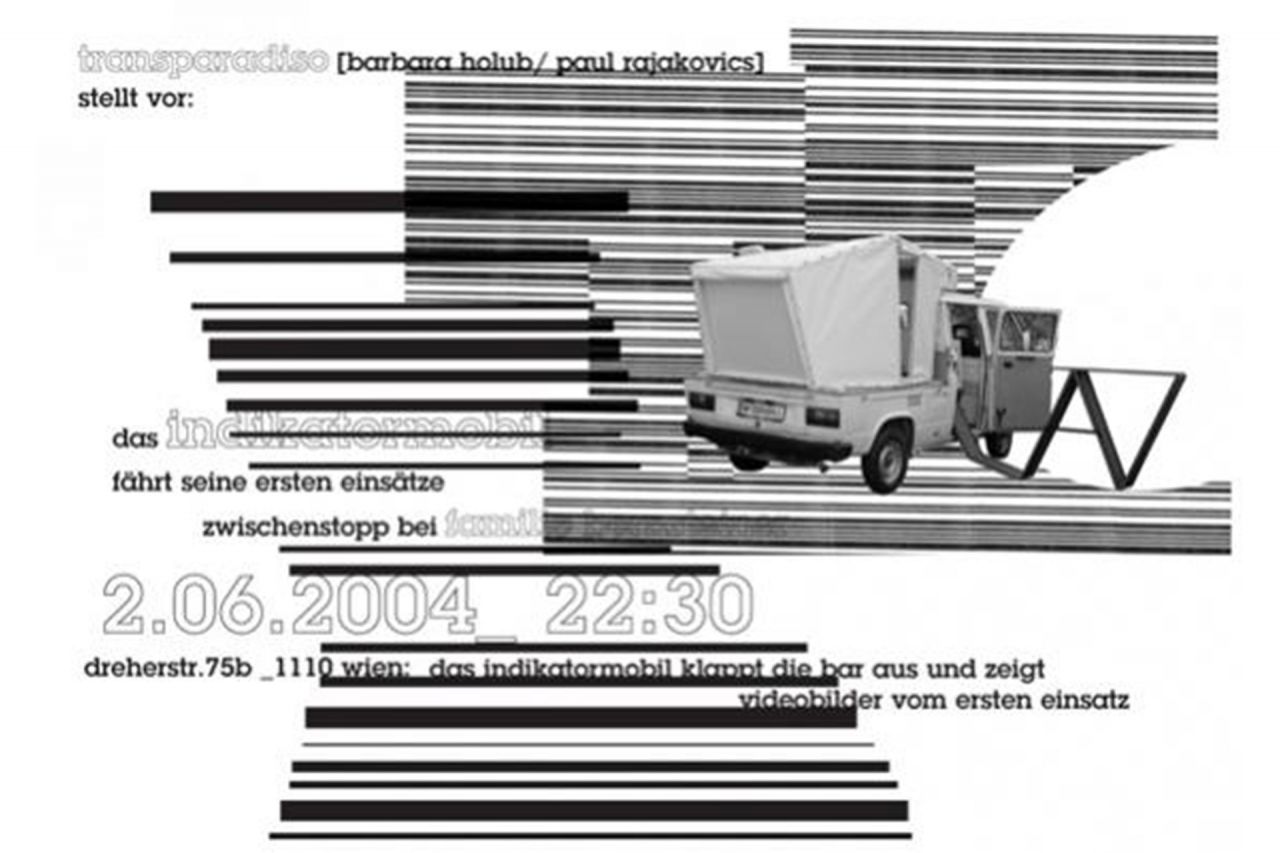 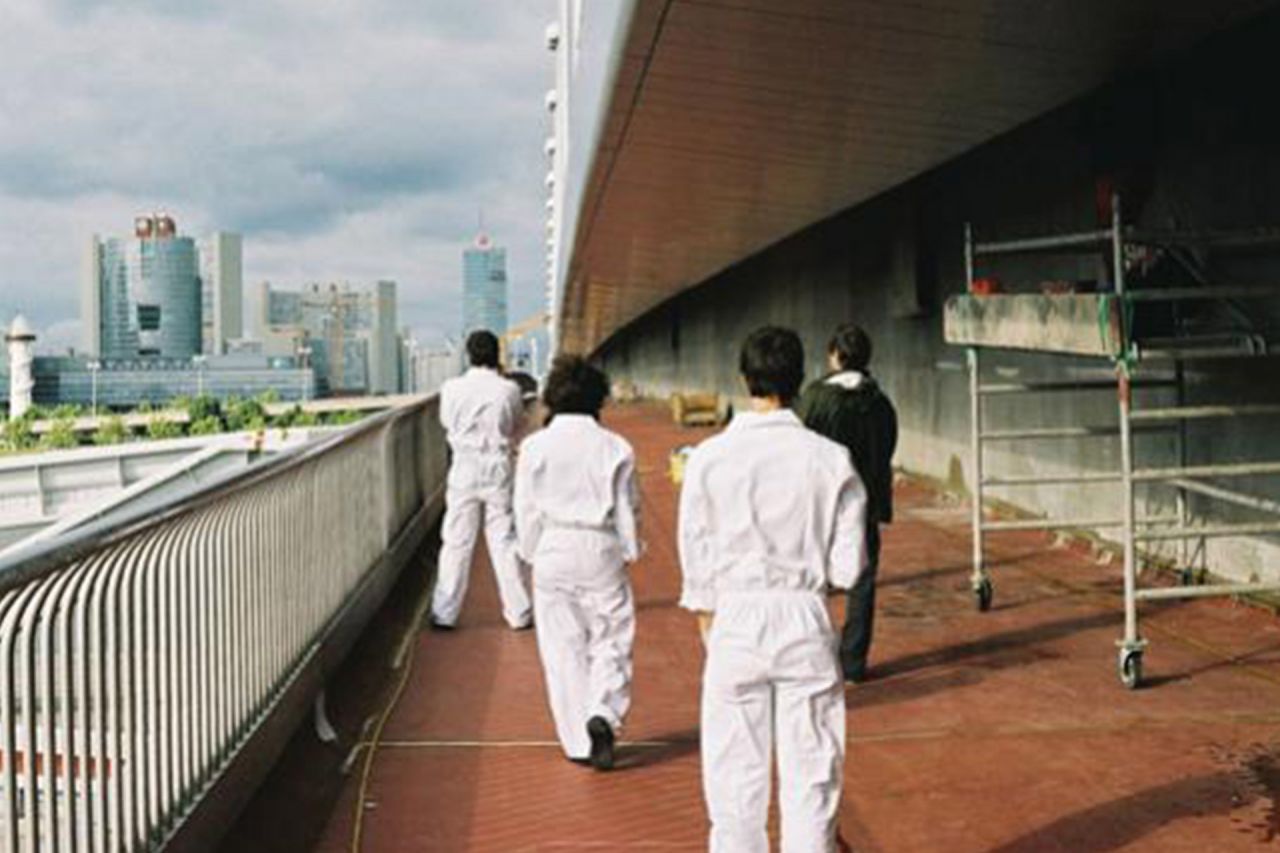 The performances were recorded with two video cameras and edited immediately in the Indikatormobil, and screened directly during the drives on the back of the Indikatormobil - visible for the people on the road.

The intensive day and night missions were documented on video and first publicly presented at an interim stop at Kunstraum Bernsteiner and then shown at the Indikatormobil during the exhibition at the Wienmuseum.