WE PARAPOM! Artist talks and discussion 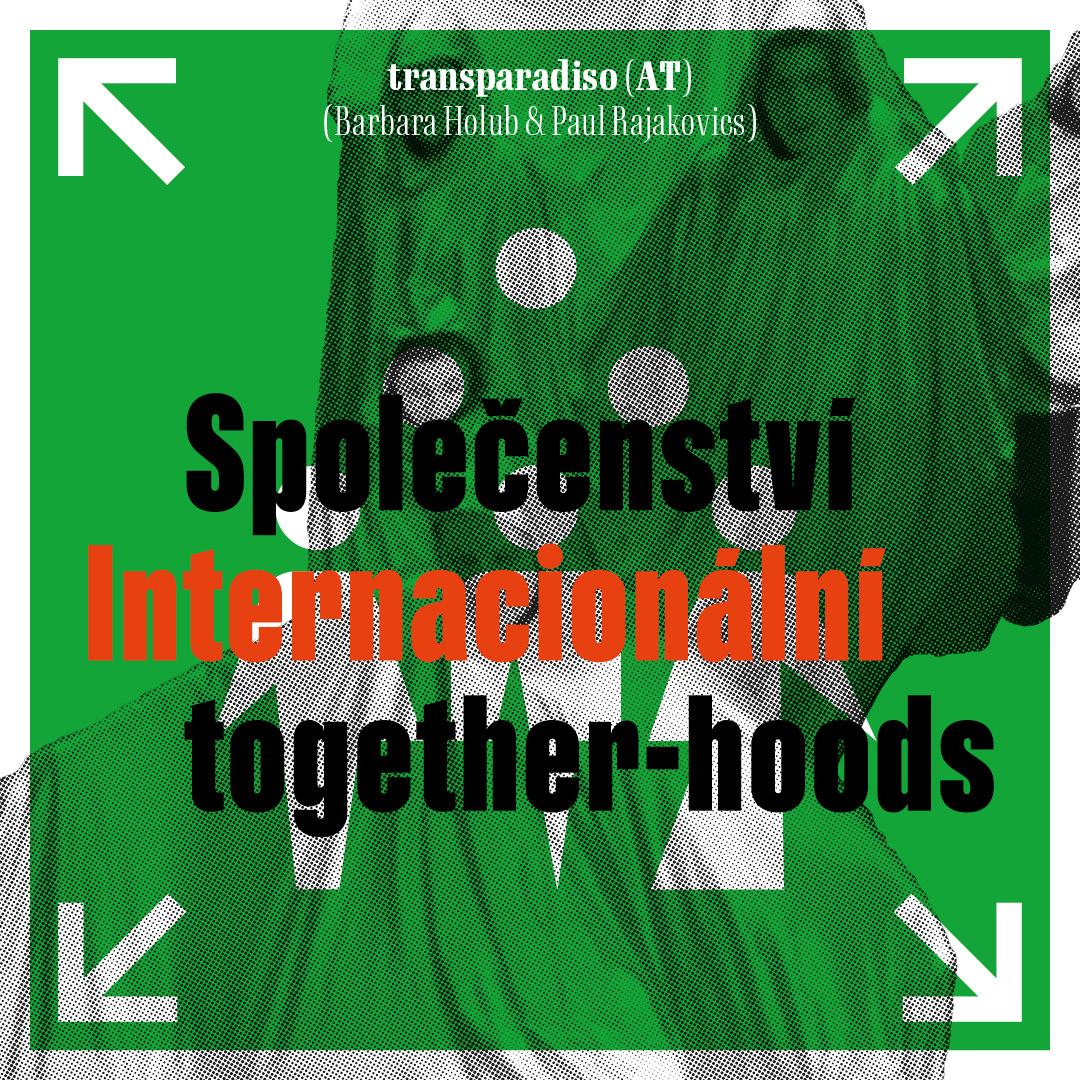 „Internacionalní together-hoods“ is based on the invitation by GHMP to engage in the urban public space between the semi and full circle at Internacionàlni Street in Prague-Suchdol, for questioning and enhancing the relationship between the University of Life Sciences (ČZU) and the neighborhood in Suchdol. The university is characterized by the concept of a campus, which means that the knowledge produced is concentrated inside and not necessarily transmitted to the surroundings or interacting with the context of Suchdol.

Investigating the concrete urban situation and addressing the suggestive name of „Internacionalní Street“ – which actually is a small local road, transparadiso will stage an artistic-urban procession between the Townhall at Suchdol (“full circle” square), moving along Internacionàlni Street to the square in front of ČZU (“semi-circle” square), the campus of ČZU and back. The procession raises questions like: What does „full“, what does „semi“ mean, for our society? Can the incomplete circle in front of ČZU open up spaces for unplanned visions? How could these visions be enhanced and find an expression in the spatial situation? In English „to come full circle“ means „to return to the starting point. Thus it refers to rehearsing: let’s start again, develop something new...

transparadiso takes this as inspiring metaphor for performing a procession with local people, students, faculty, residents, for occupying the street with 20 participants connected by the „Blanket of Knowledge“, which will move as a collective „body“, crossing various types of barriers on the way which seperate the University from its surroundings. The strolling and stumbling around with the blanket for overcoming obstacles asks for coordination of the participants for achieving a common goal – rather than acting for individual interests. The holes in the blanket can be read as possible holes in knowledge, while the blanket is also a metaphor for covering up, or as the German saying goes „being under one blanket“, meaning „belonging together“.

Oscillating between activist performative moments, pleasure, improvised and scripted elements, the procession raises questions of the (in)visibility of sharing the secrecy of knowledge thus transmitting new knowledge to „Internacionalní Street“, to the public space. In this way „Internacionalní Street“ might live up to her name – this is what transparadiso considers „re-valuation“.

The procession was postponed due to the war in the Ukraine, since ČZU is hosting a refugee camp.

GHMP - Art for the City